For a minute or so it looked as though one ridiculous modern rule may just save us from the ramifications of another. Sadly for everybody bar Steve Bruce and his wholly underserving Newcastle players, it did not.

Andy Carroll’s right shoulder was not offside after all. No matter how many funny lines were drawn across the screen by the VAR officials, they could not quite find enough conclusive evidence that a fraction of Carroll was in front of the last defender as Jonjo Shelvey’s free-kick was delivered to the far side of the penalty area in stoppage time.

And so it was that the path was left clear for another game of football to be ruined, another outcome fatefully skewed. For when the video tape rolled on and Carroll was seen to head the ball against Eric Dier’s arm, a penalty was always going to be the outcome. 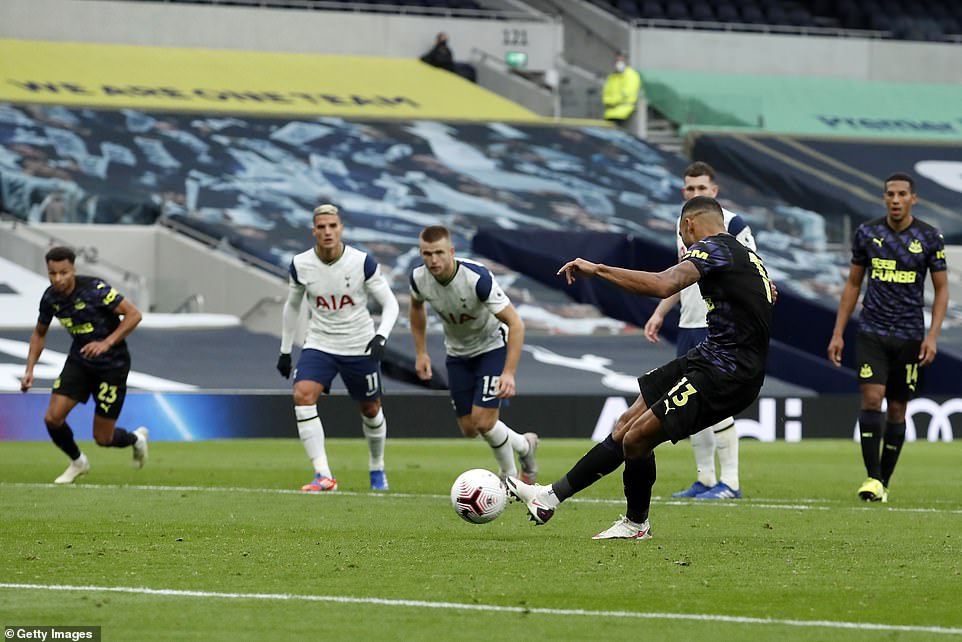 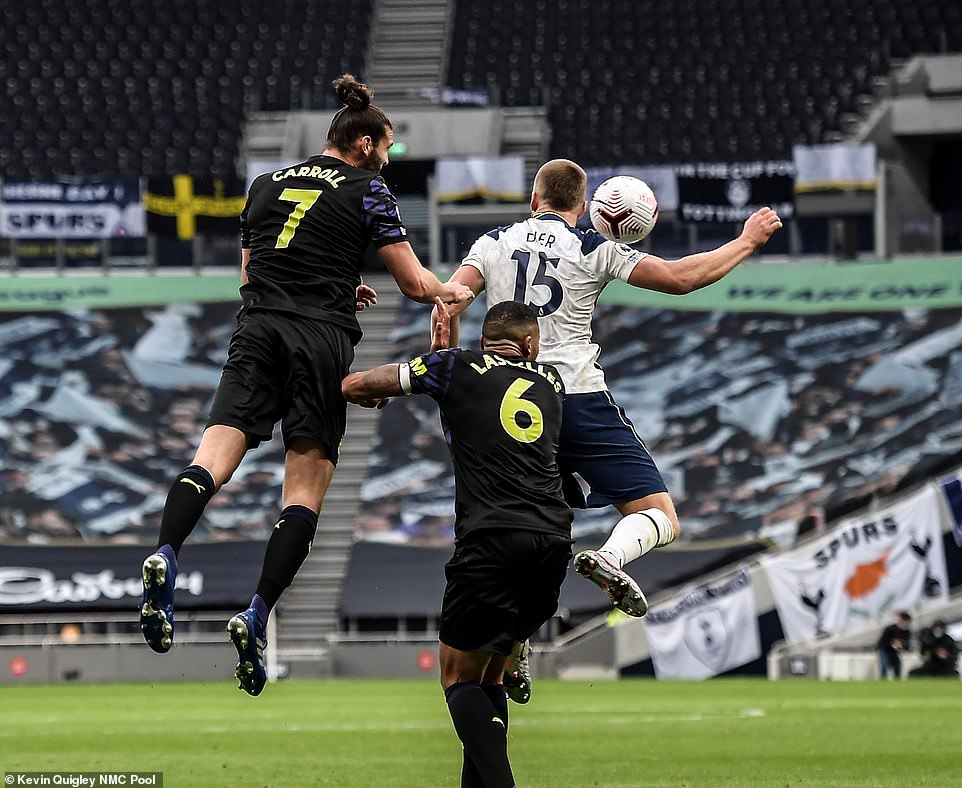 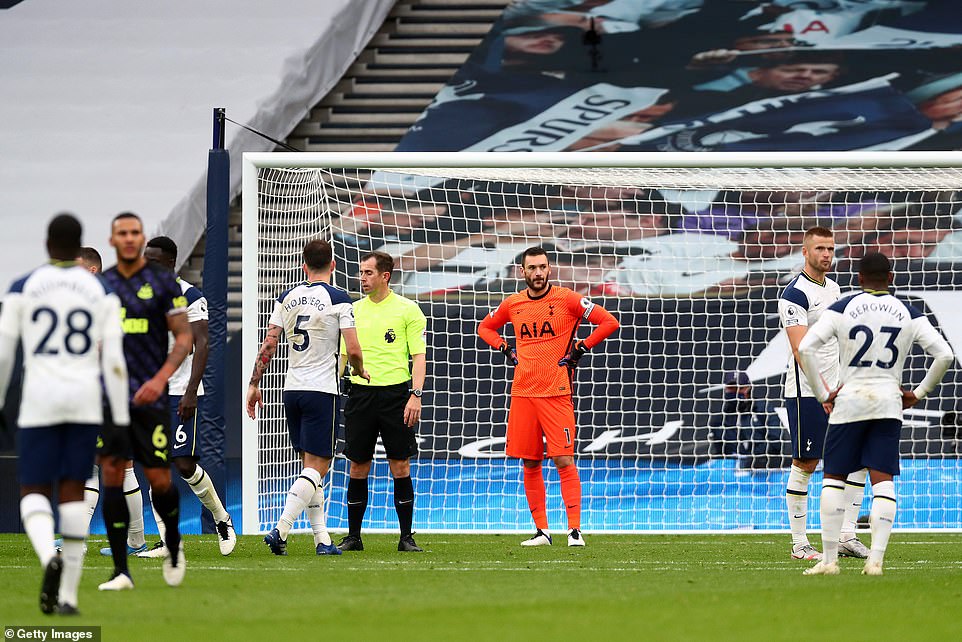 Not that it was a penalty in spirit. Never. Dier was not even facing play as he jumped with his arm as leverage. But it was always going to be a penalty just the same.

Current laws have successfully taken intent out of the equation. If your arm is away from your body and the ball strikes it then you are in trouble. Unless you are an attacker, of course.

If you are then it could be handball or it could not be. It depends on what happens next. That is how far away we have been taken from common sense by recent law changes.

When defending, though, it’s a penalty every time in 2020. After a quick look at the pitch side monitor, referee Peter Bankes gave the kick and Callum Wilson scored it to give Newcastle a draw with their final contribution of the game and their very first shot on target.

Jose Mourinho was gone by the time the ball found the net and he made the right decision. A bit of social distance between the Tottenham manager and the match officials was welcome on this occasion.

On SKY commentary, meanwhile, Jamie Carragher began a passionate monologue that should be typed up and sent to FIFA – who have taken control of the VAR process this season – and the International Football Association Board who come up with the rules in the first place. Carragher ended his address by emphasising the word ‘joke’. If only it were remotely funny.

Certainly for Tottenham it wasn’t. Mourinho’s team had dominated this game right from the moment Newcastle goalkeeper Karl Darlow was required to produce a smart double save from Giovani Lo Celso and Harry Kane inside the opening ten minutes. 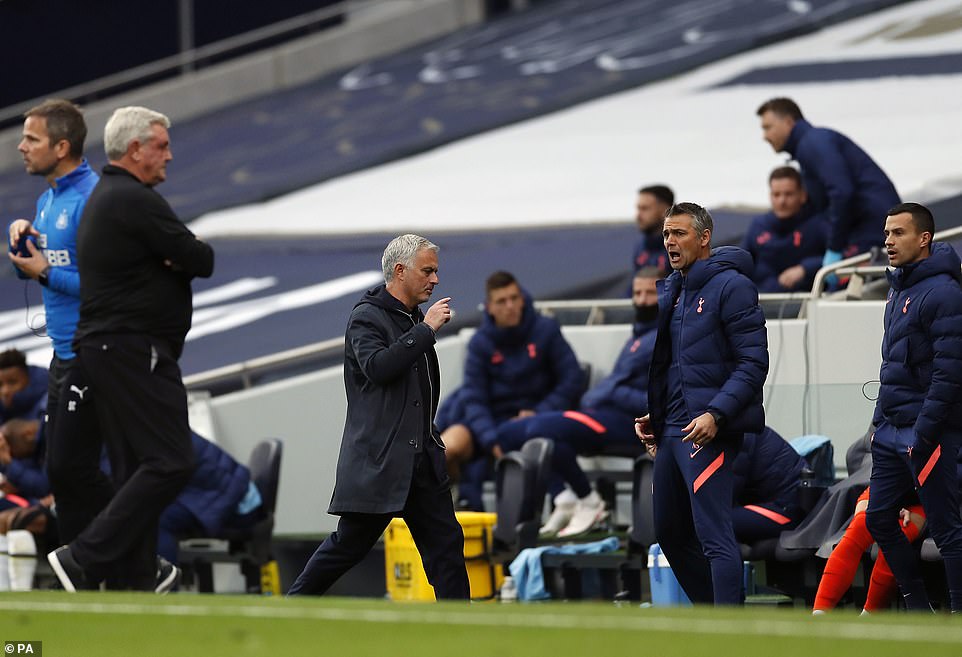 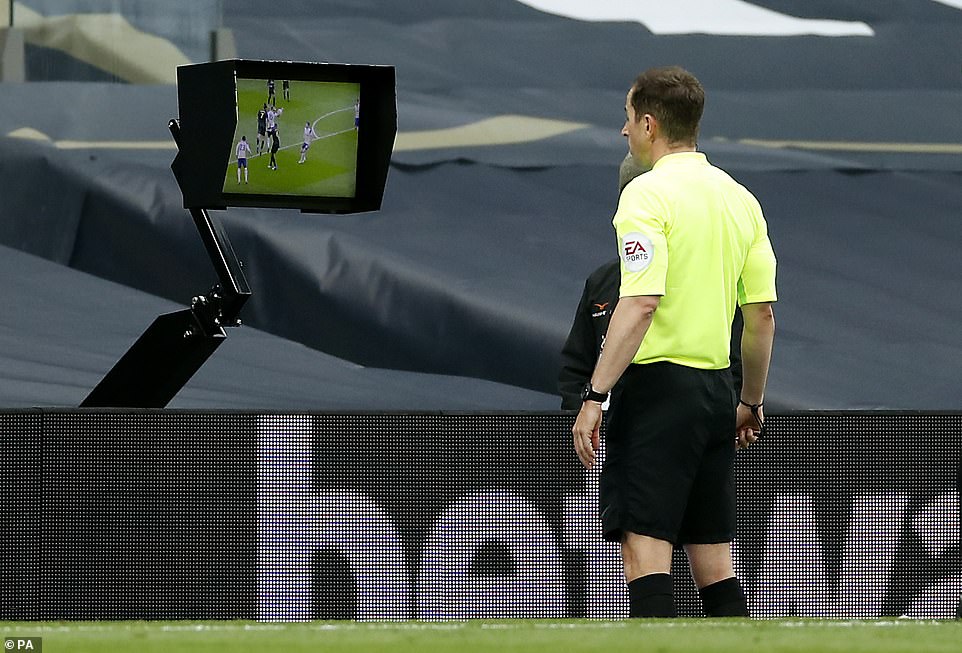 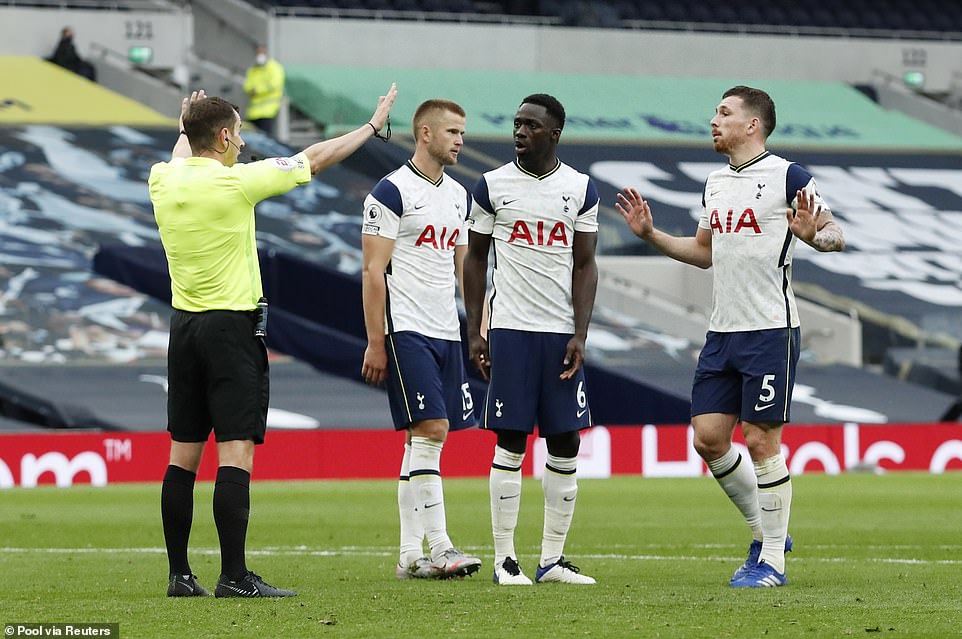 In the 25th minute they scored and it felt as though it would be the first of many. Newcastle had set up with five across the back with the intent of playing on the counter but it was not remotely working.

They could not get out of their half and when Shelvey did try to release Wilson, Tottenham stole possession and moved the ball down the left from where Kane crossed low in front of four defenders and a goalkeeper for Lucas Moura to score at the far post.

‘Wake up!’ implored a Newcastle voice soon after. Whether he was addressing team-mates or supporters lulled in to sleep by Newcastle’s soporific football, it is hard to say. What was beyond doubt is that nothing changed for a long time. Darlow saved again from Kane, Dier headed wide from a corner when he should have scored and Son Heung-Min struck post and then bar, both from distance and both with that wand of a left foot.

Watching from an executive box, Gareth Bale must have been impressed and excited. Mourinho’s Tottenham are a curate’s egg of a team but they do have attacking talent and here Kane, Son, Moura and Lo Celso were functioning nicely. 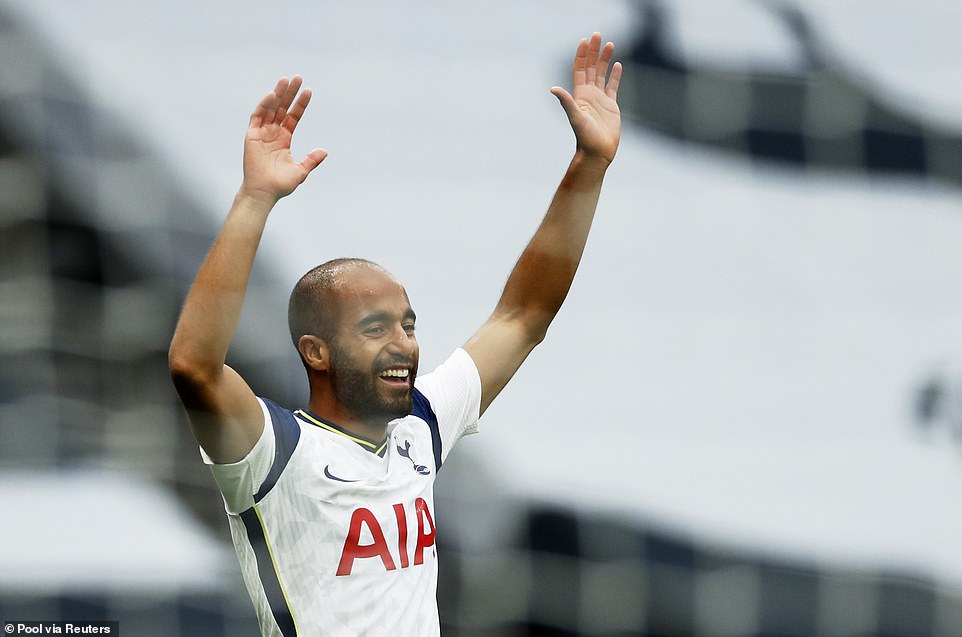 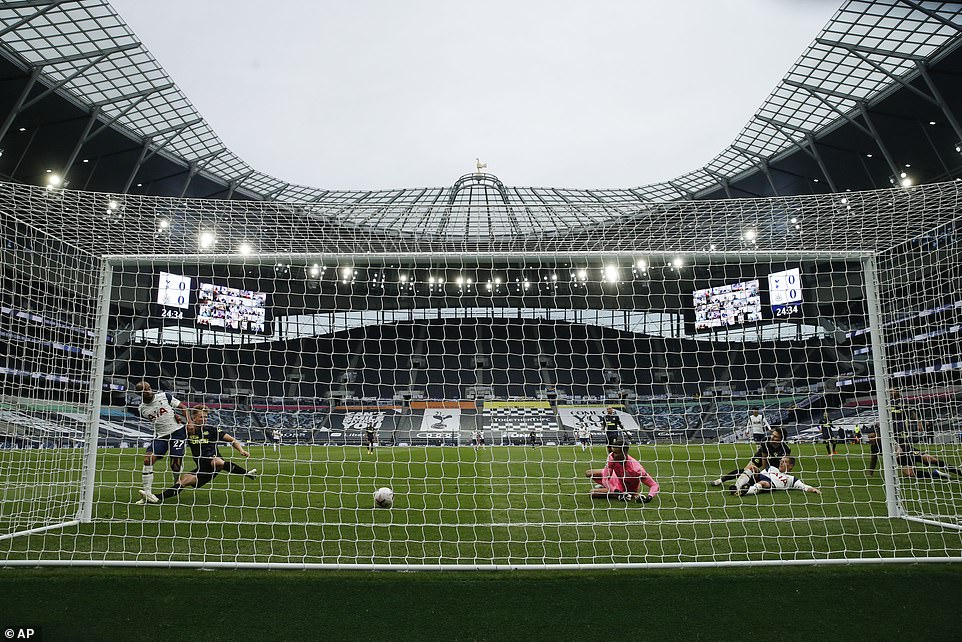 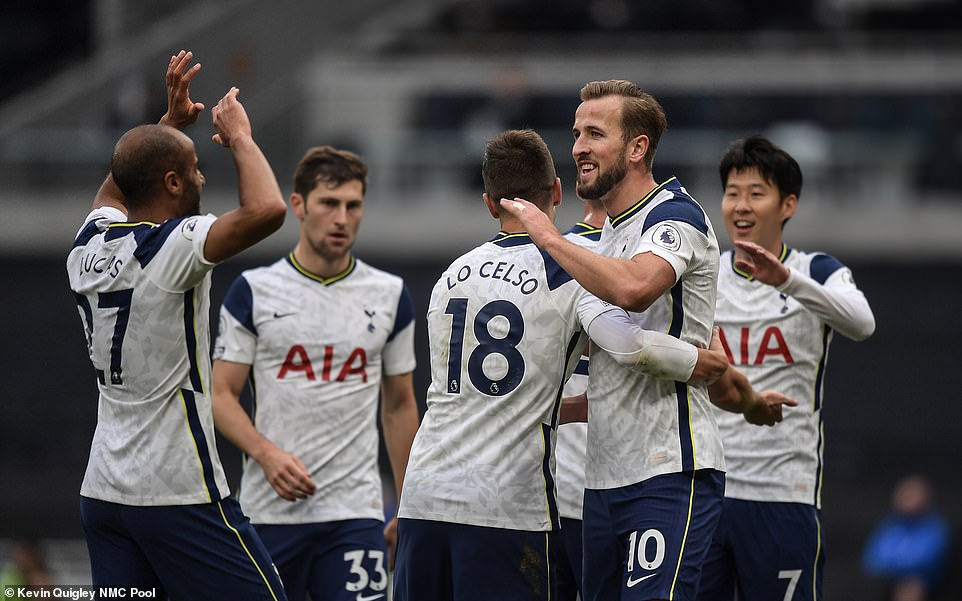 Newcastle were lucky to still be in it at half-time and although they changed their shape and enjoyed a little more possession in the second period, there was never any suggestion that they may score.

Moura – just about the smallest player on the field – was allowed to head straight at Darlow from a corner within minutes of the restart and then Kane volleyed at the goalkeeper when a shot placed a yard either side would have done the job.

With Son off at half-time with a hamstring injury Spurs did not carry quite the same threat but with two minutes of regulation time left they almost scored for their opponents as Ben Davies struck a clearance at team-mate Pierre-Emile Hojberg and saw the ball ricochet a couple of yards wide.

At that stage, Newcastle had scored with every one of their Premier League shots on target so far this season – those being the two they had in beating West Ham on day one. Soon, that became three from three.

There were in excess of 95 minutes on the clock by the time Wilson scored his penalty but that’s the norm these days. So are daft handball decisions. This, after all, is the world football has created. 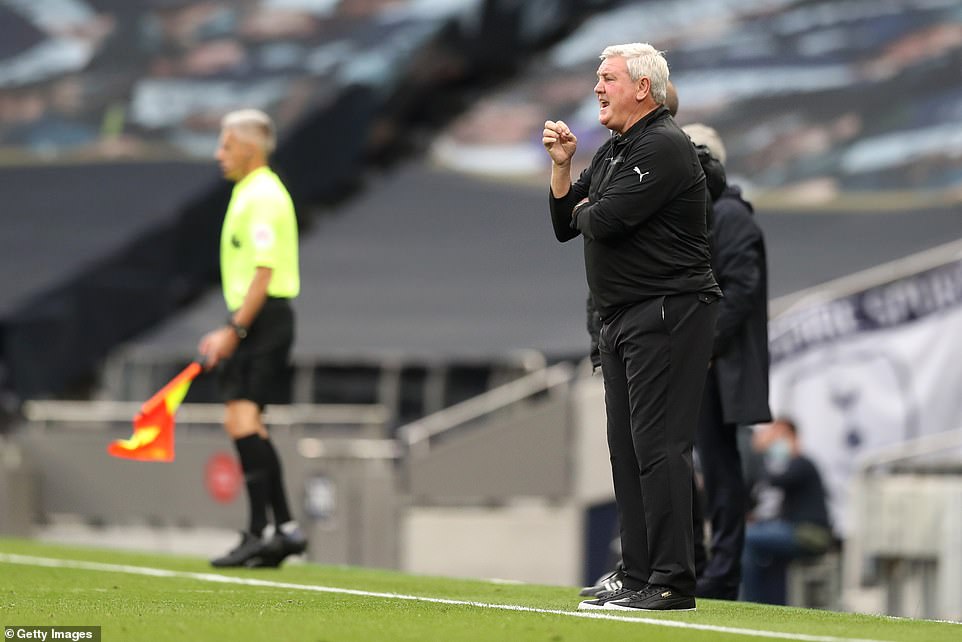 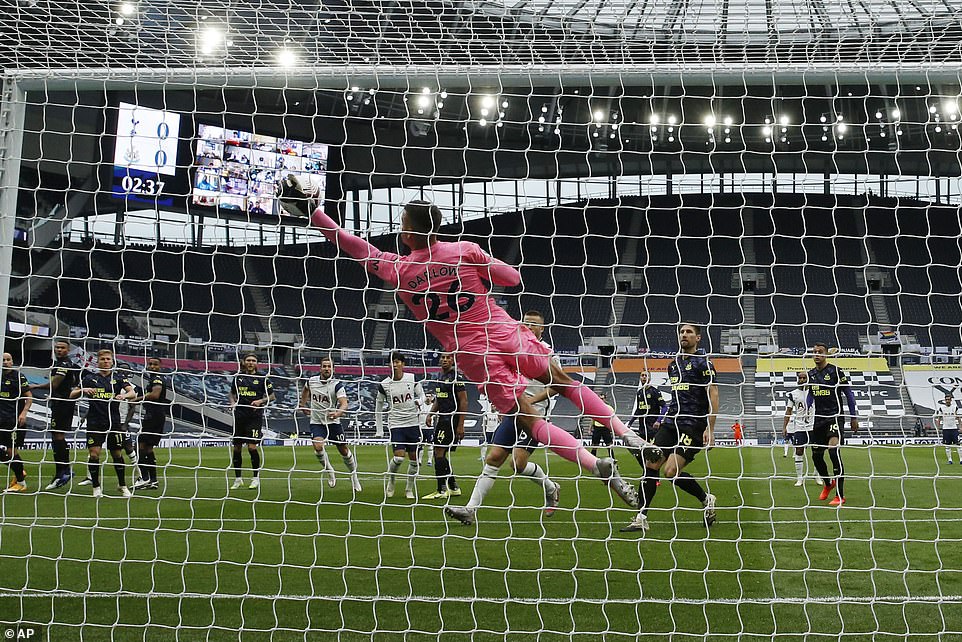 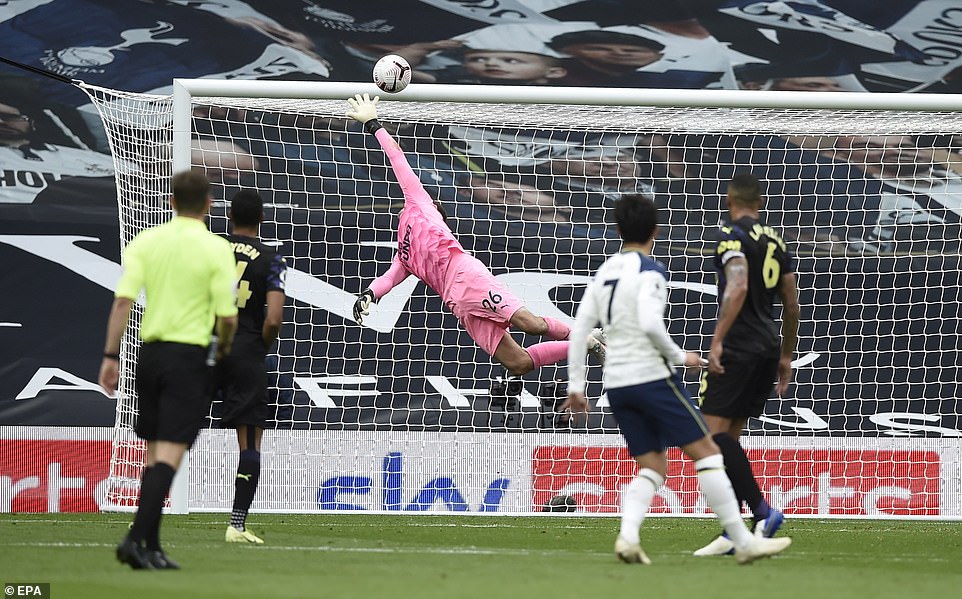 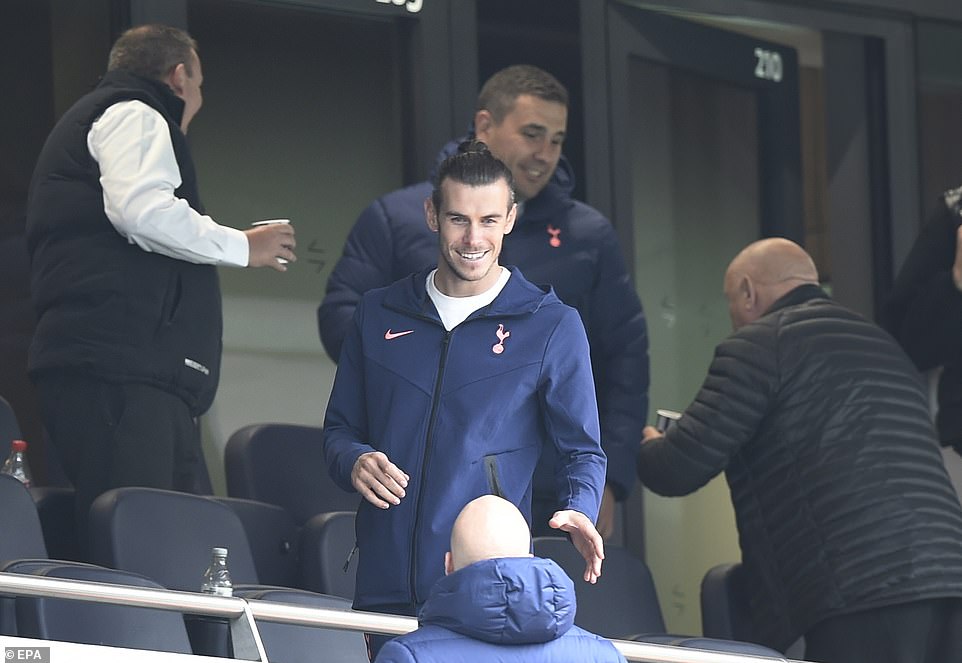