We’ve heard the old adage about strikers who can score goals in the Championship but not in the Premier League. Well, Patrick Bamford is defying the logic of that maxim.

In fact, he is the antithesis, a centre-forward who struggled in the second tier but here he is, proving so deadly in the top flight.

Much was made of Leeds needing to sign a goalscorer this summer. They would struggle, we warned, if left to rely on a player who netted just 16 times from 45 appearances for the free-scoring Championship winners. He should, said the Expected Goals (XG) boffins, have scored 35 times. 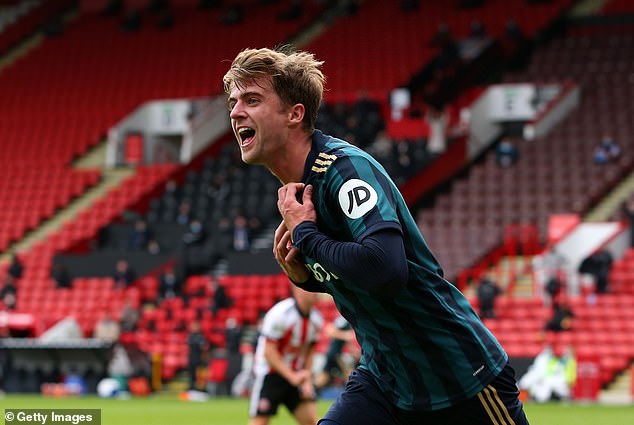 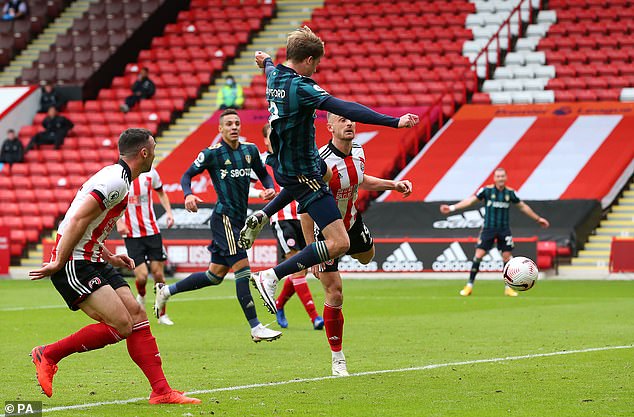 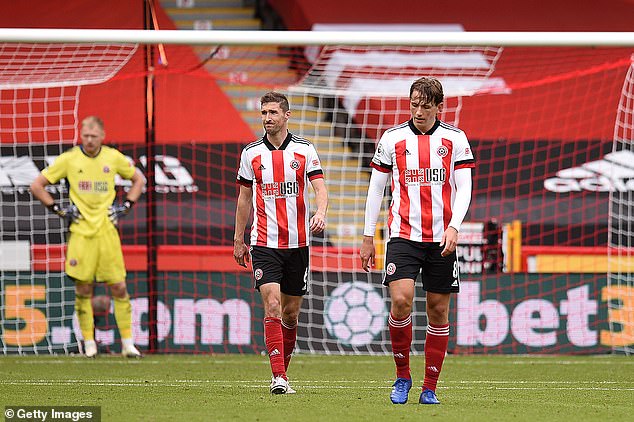 Now, he is snaffling just about every chance that comes his way, three goals in as many games in the Premier League, the latest a cute header to win this intriguing Yorkshire derby at the death.

He is a clever boy, Bamford. Every interview he has ever done includes mention of his A-Levels, languages and piano-playing skills.

And he had to be smart to net his winner here. An unmarked header on the fringe of the six-yard area may sound like a gimme. It was anything but, especially with goalkeeper Aaron Ramsdale having proved impassable for the previous 88 minutes.

Jack Harrison’s delivery needed to be headed back from whence it came to beat Ramsdale, and Bamford knew it. Perhaps one of those A-Levels includes physics, for the calculation he applied in heading into the ground and back into the near corner was genius.

Here is another equation to consider – perhaps it is, at 27, that Bamford is just hitting the peak of his powers. 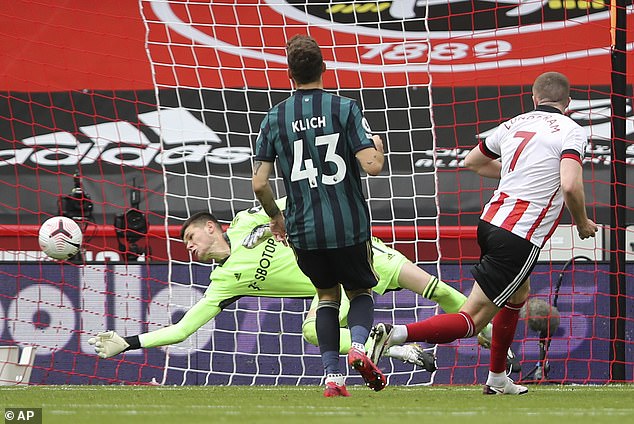 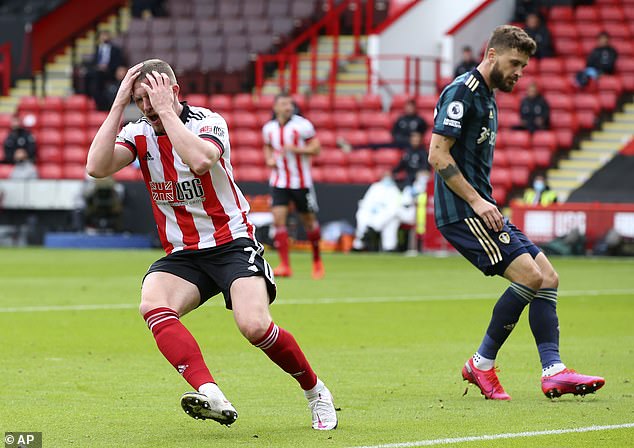 He was certainly bright enough to identify a weakness in the home side’s depleted backline, missing the suspended John Egan and Jack O’Connell, out for the season with a knee injury.

‘Before the game I said to Jack (Harrison), “When you get the ball I’m going between the centre-backs, so put it there and I’ll score”,’ revealed the match-winner. ‘So fair play to him for putting it on the money.’

The victory leaves Marcelo Bielsa’s new boys on six points and Chris Wilder’s Blades – their old Championship adversaries who mugged them to promotion in 2019 – on none.

Bamford added: ‘We didn’t expect the Premier League to be easy. But if you can match the other teams in effort and desire, then there’s more than enough quality and it gives us half a chance.’ 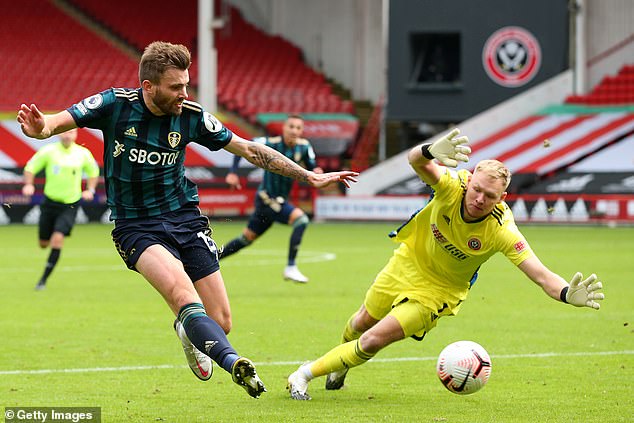 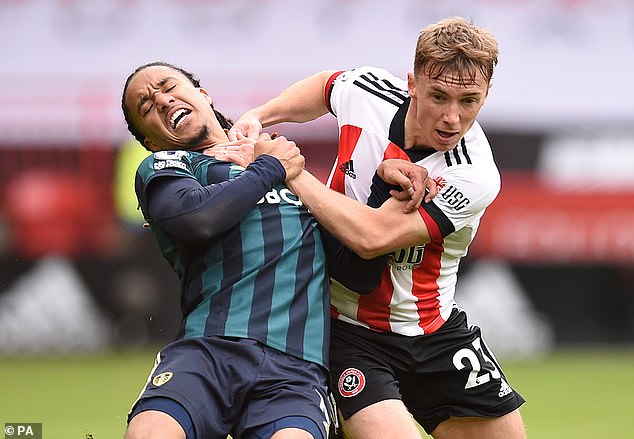 Bielsa said the win was deserved. Wilder disagreed, making the fair observation that Leeds goalkeeper Illan Meslier was man-of-the-match. Bamford admitted the home players were asking, “Who is this guy?”.

Well, he is a 20-year-old Frenchman who looks a little bit like Real Madrid’s Thibaut Courtois and keeps goal like him too.

After an opening half hour in which Leeds were the better side, the Blades should have scored their first goal of the season when John Lundstram strode unopposed on to a Ben Osborn cross.

It is difficult to attribute what followed to a miss or a save. Lundstram’s connection was true but Meslier bettered that with a disbelieving instinct as he extended an arm to divert clear. 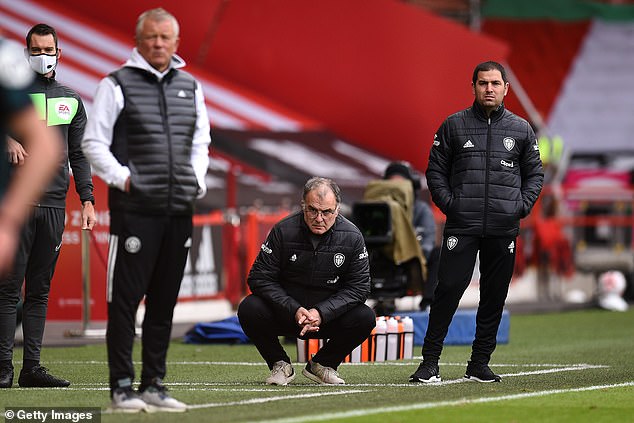 The half ended with another stupendous stop from the granite wrists of Meslier, this time to keep out George Baldock’s wicked drive. Never one for hyperbole, Bielsa later observed: ‘He made some important saves.’

He also said three games was too soon to be drawn on any conclusions about his side and their adaptation to the Premier League.

But here is our take – Leeds can be the Sheffield United of last season, newly promoted and defying the odds to mount a season-long challenge for European football.

With Bamford in this form, they might even achieve it.

Follow Sunday’s the action from Bramall Lane as it happened