‘We were anxious… it’s difficult when a team plays deep and doesn’t run’: Pep Guardiola aims dig at Leicester’s set-up in Man City’s shock 5-2 home loss – and says his team ‘have to be more calm’

Riyad Mahrez had given his side an early lead but Guardiola bemoaned a nervousness among the hosts as they failed to convert a dominance in possession into a second goal.

City conceded five goals at home for the first time in 17 years and the defeat serves as a significant early blow to their title aspirations. 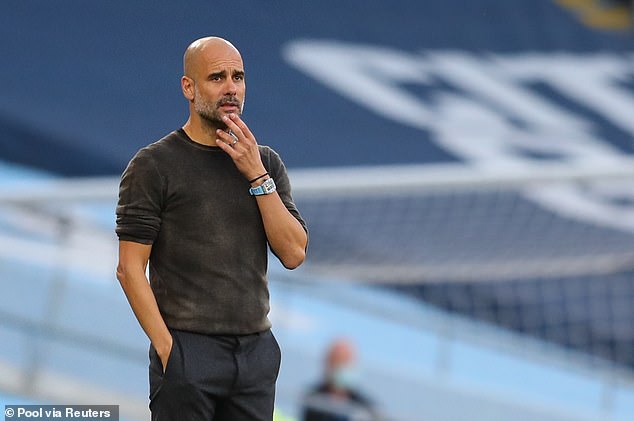 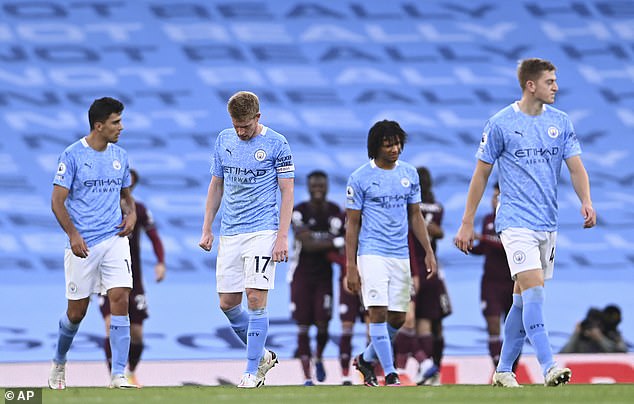 ‘We didn’t create much and started to think we weren’t playing well,’ Guardiola said. ‘We put the pressure on ourselves to score the second but we have to be more calm.

‘We were anxious, we got nervous when not creating chances. We told them at half-time that they were playing good, try to be patient and the rest will be in our hands.

‘Then to concede the second and third it became more difficult. They defended so deep. When that has happened in the past in these games, we have won in small margins. We don’t have the players to attack the box.

‘It’s difficult when a team plays deep and doesn’t run. We need to be more patient, not chase the second and third goals. It’s tough, it’s not easy to accept, but we have to accept it. 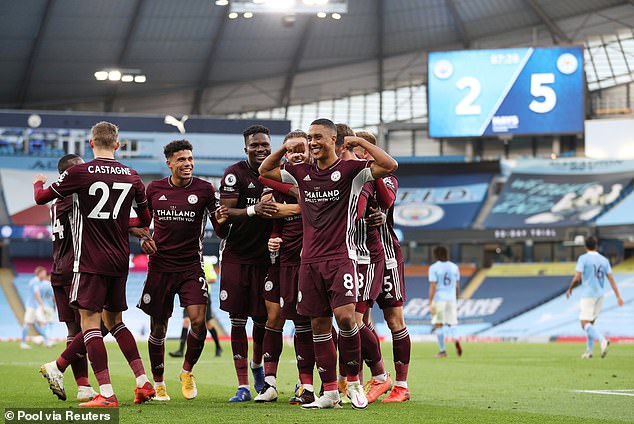 ‘Maybe we should let them get out more and then punish them on the counter attack.’

City only registered five shots on target and were caught out defensively, with the hope being that the £64million signing of Ruben Dias, who is joining from Benfica, will give them more solidity. Nicolas Otamendi is heading in the opposite direction for around £14m.

Brendan Rodgers lauded the versatility of his players after Jamie Vardy’s hat-trick inspired one of the standout results of the season so far – and claimed he went against his instincts to secure victory. 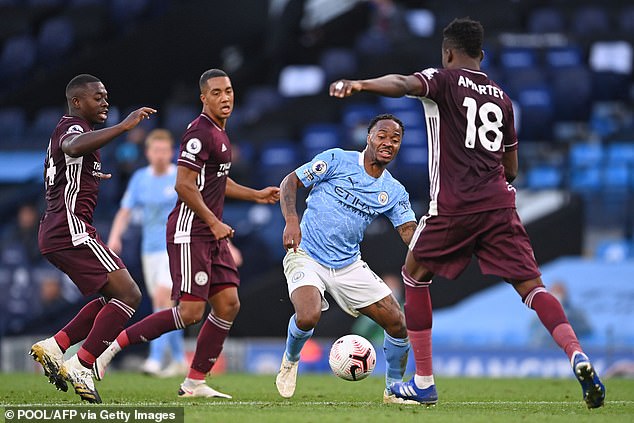 ‘The performance was outstanding,’ he said. ‘We set the team up to play a little differently. We’re normally high pressing but we wanted to deny them the space deeper.

‘You won’t have seen too many of my teams play like that. You have to work lie hell against City. We were such a threat offensively. You can’t perform like that without the team being in sync.

‘We had players to break out and exploit the spaces. We showed a great mentality. We didn’t panic, stayed calm. We knew we could push on in the second half.’ 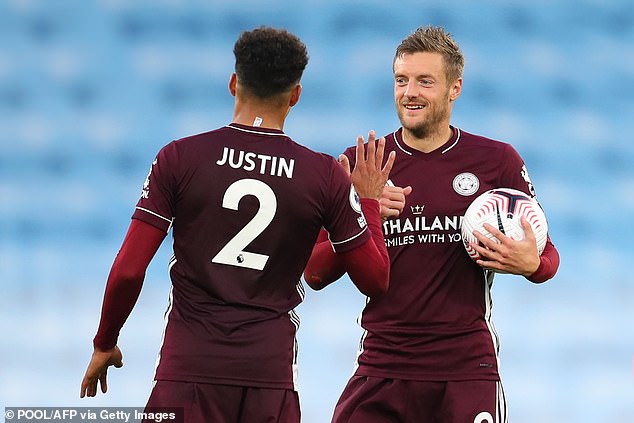