GB Paralympian star Jonnie Peacock praises surgeon who amputated his leg at five, saying: ‘no human ever wants to take a limb from a child’ – as the doctor admits ‘it was a very tough call’

By Jo Tweedy For Mailonline

The surgeon who amputated the leg of British Paralympian Jonnie Peacock – after he contracted meningitis as a five-year-old – has admitted that deciding to remove the limb was a very ‘hard decision to make’.

Surgeon Per Hall surprised the GB sprinter, who memorably won gold in the 100-metre final at the London 2012 Olympics, during his appearance on the Lorraine show on Wednesday, where the athlete was talking about Rising Phoenix, a new Netflix film about the Paralympics.

Scroll down for video

British sprinter Jonnie Peacock, who had his right leg amputated after contracting meningitis at five, appeared on Lorraine this morning to discuss new Netflix film Rising Phoenix – he was surprised by a message from the surgeon who made the decision to remove his leg 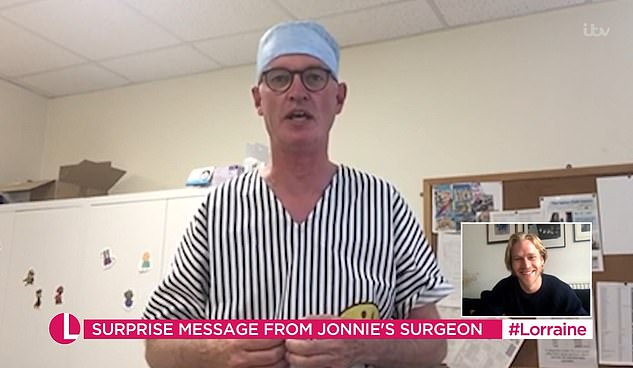 ‘Very dark days’ Surgeon Per Hall delivered the message from Edinburgh, telling Jonnie that his track success had reinforced the decision he had to make to remove his leg after he was struck down with meningitis aged five 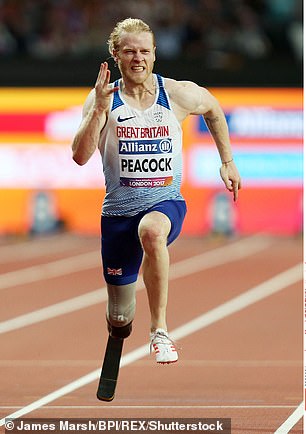 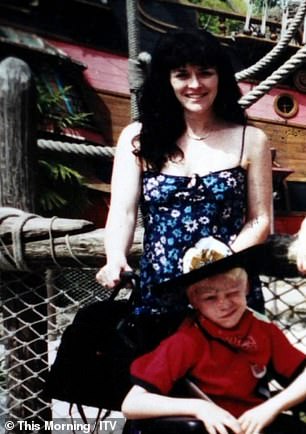 Making history: Jonnie winning gold in the 100-metre final at the 2012 Paralympics in London. Right, with his mum Linda shortly after his operation to remove his limb

He explained to viewers how hard it was to predict the best outcome for Jonnie when he was admitted to hospital with the life-threatening blood infection during early childhood.

He said: ‘There were some very dark days when you were so poorly and really difficult decisions had to be made.

‘But you’ve reinforced to us that we did make the right call by showing your zest for life and for your sport.’

Mr Hall added that it had been a ‘privilege’ to treat Jonnie. In response, Jonnie, clearly emotional, said: ‘He’s such a good guy. You forget that this guy has to make really tough calls.

‘No human wants to take something away from a child, especially a limb. And obviously they’re making the decision about whether they should or they shouldn’t.’ 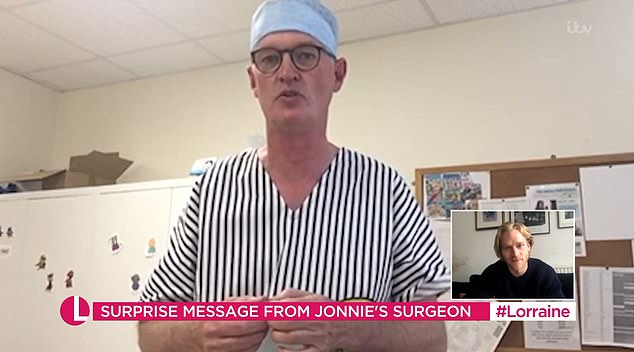 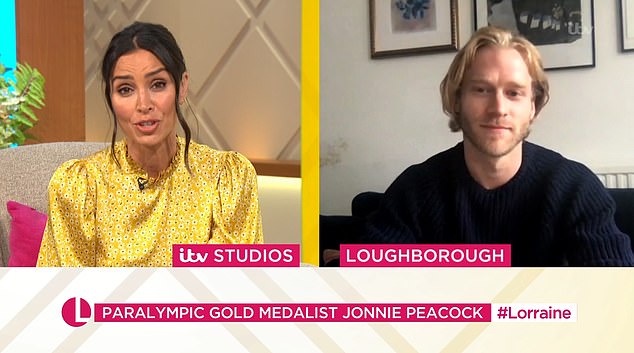 Responding to Mr Hall’s message, Jonnie said he’s such a ‘good guy’ and that he hoped the things he’d achieved reassured surgeons in similar positions 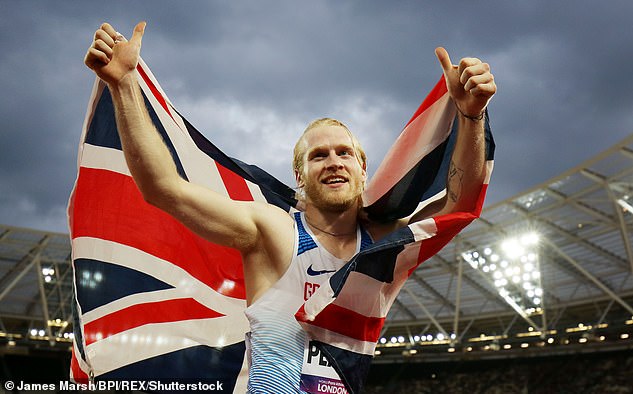 The British sprinter also discussed the new Netflix film Rising Phoenix, which documents the history of the Paralympics 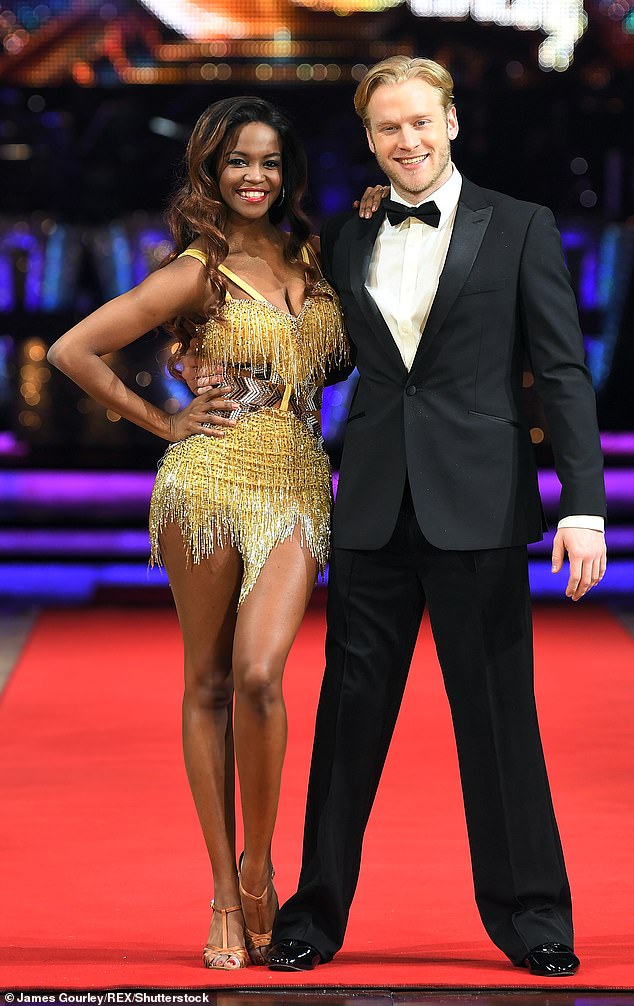 The former Strictly Come Dancing star said when the pair had been reunited on the show during Jonnie’s appearance on the reality show in 2017, it had helped Mr Hall feel that he had made the right decision.

The British sprinter also discussed the new Netflix film Rising Phoenix, which documents the history of the Paralympics.

Prince Harry makes an appearance in the film, urging society to ‘encourage and accept’ people with disabilities. 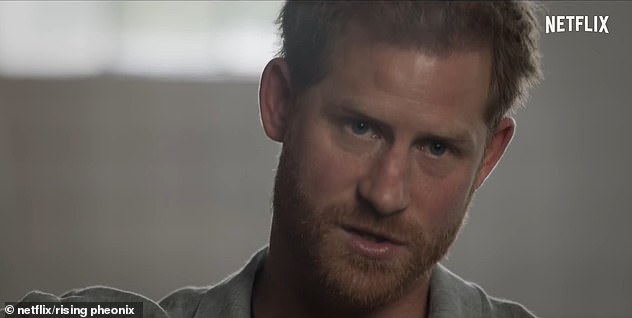 Prince Harry, 35, plays a starring role in a Netflix documentary about the Paralympics which was released today on the streaming service

In the movie, the Duke of Sussex exalts the success of the London Paralympics, claiming that many people thought the event would be ‘a failure.’

He said: ‘A lot of people, based on what they’d been told, thought it was going to be a failure and that they weren’t going to be able to sell tickets.’

He added: ‘The stadiums were packed. The sport was incredible. And what they saw was undoubtedly better than the Olympics themselves.’

Meanwhile he continued: ‘For me and for so many people out there especially young kids to see individuals like that go on and achieve what they have achieved.

Rising Phoenix is released on Netflix on August 26th