By Richard Hookham For Mailonline

PSG boss Thomas Tuchel has revealed he will seek an update from the club’s medical staff following an injury scare for star forward Neymar.

The Brazil international was instrumental in the French champions’ 2-0 victory over Reims on Sunday but appeared to indicate to his coach that he had sustained a calf problem as he left the field at the final whistle.

PSG secured a second-straight Ligue 1 win following back-to-back defeats by Lens and Marseille, thanks to a brace from Argentine striker Mauro Icardi. 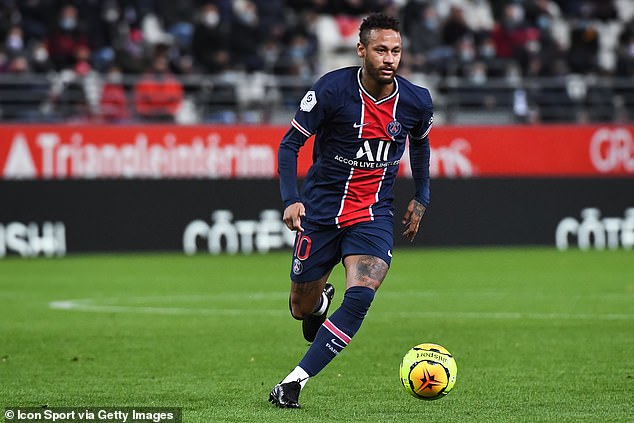 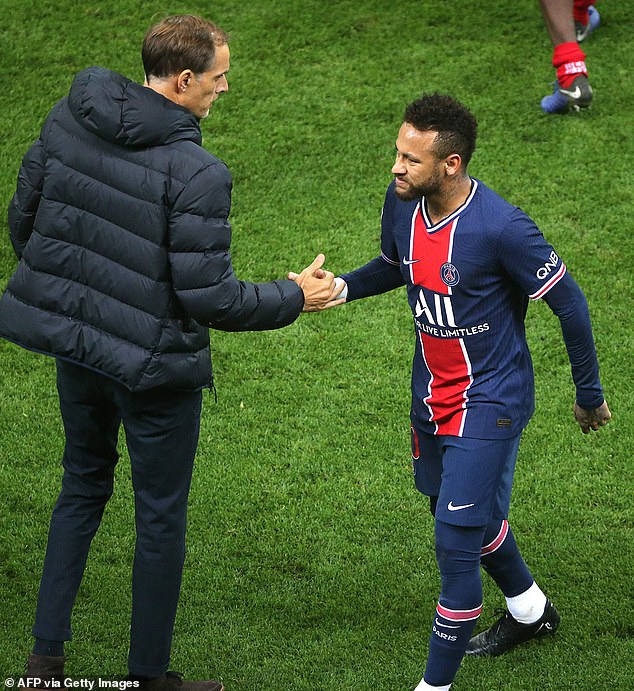 But Tuchel confirmed he was in the dark over Neymar’s injury at Reims’ Stade Auguste-Delaune and will be looking for an update on the 28-year-old’s condition.

‘I thought it was a hit, but maybe not. I don’t know yet, I need to speak with the doctors,’ Tuchel told reporters after the match.

Tuchel praised Neymar’s performance and said: ‘He did too much defensively in the first half. I wanted him to play like a 10, but he played as an eight. 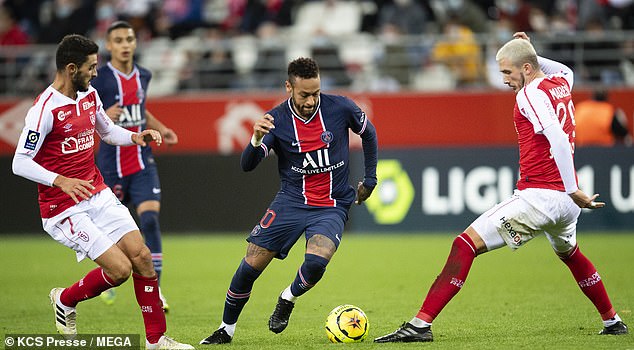 ‘That didn’t stop him from having a great game. In general, we had a good first half. We created a lot of chances, but we missed too many.

‘We have to kill the game after 20 minutes. It must be three or 4-0. I’m not happy with the second half. It was not serious enough, aggressive and intense.’

The result lifted PSG to seventh place on nine points from five Ligue 1 games, four behind leaders Rennes, while Reims stayed in 19th place on one point.