Miami Heat will have to go through former star of their franchise LeBron James if they are to win the NBA Championship after a six-game series win against the Boston Celtics.

James won back-to-back titles with the Heat in 2012 and 2013 but will now line up against them as he looks to guide the Lakers to their first Larry O’Brien trophy since 2010.

‘The main key, and it’s been like this for a very long time, if you want to win, you’re going to have to go through a LeBron James-led team,’ said Heat’s current star man, Jimmy Butler. 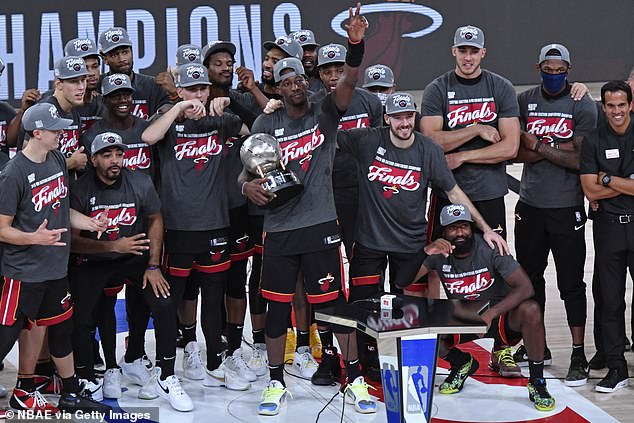 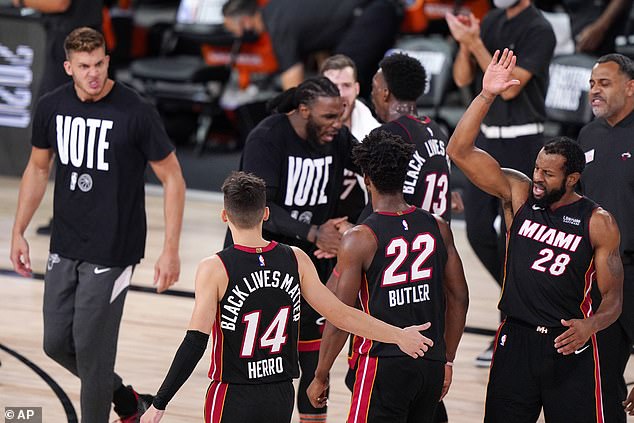 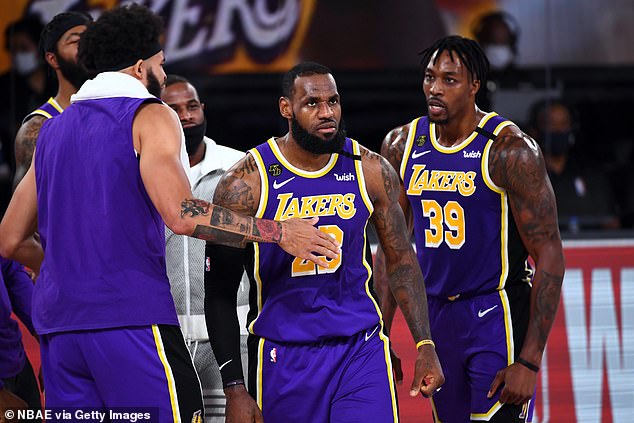 ‘At the end of the day, that’s what it normally comes down to, and that’s what we got to focus in on.

‘Honestly, we can’t just focus in on him because he has so many really good players around him.

‘But you’re going to get the same test over and over again until you pass it. That test is LeBron James.’

While the Lakers go into it as favourites given they have three-time champion James on their squad, it is Heat head coach Erik Spoelstra that knows his old star better than most. 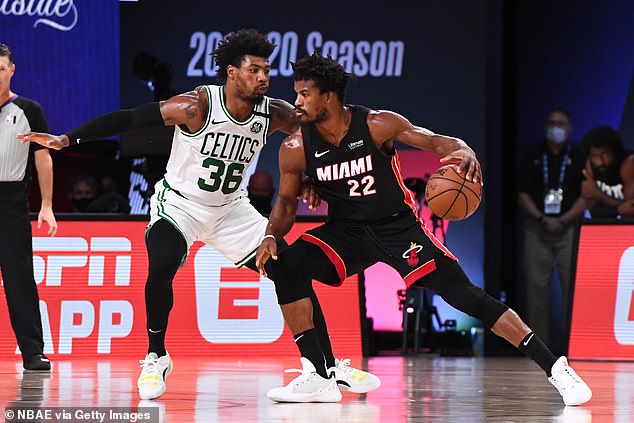 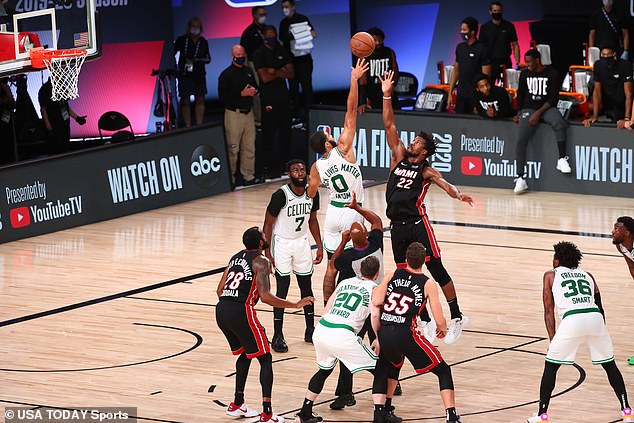 But for now, having overcome a dogged Celtics team 125-113 on Sunday, he wants to enjoy the moment before attention turns to Game One of the Finals.

‘A great series. It was so competitive,’ Spoelstra said. ‘I mean, in many ways, this was a seven-game series, just how competitive it was.

‘Extremely well-coached and well-put together and we are just honoured to be a part of that type of series in the conference finals, and then we get an opportunity for the next stage.

‘Our guys will look forward to it. We’re going to try to enjoy it for a night.’

The Heat are the only NBA team with six Finals appearances in the last 15 years and they are hoping a fourth title arrives come the end of a bitter battle against LeBron’s Lakers. 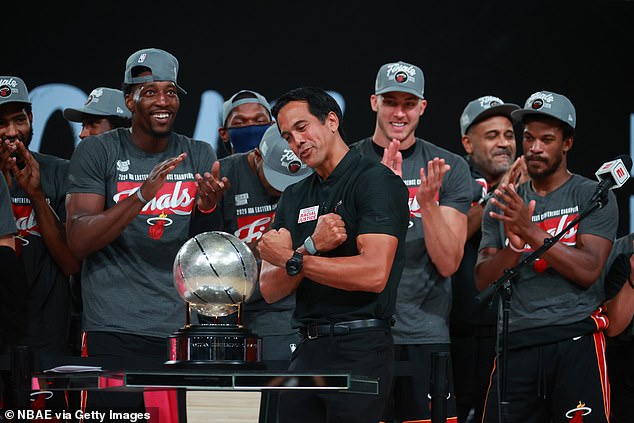 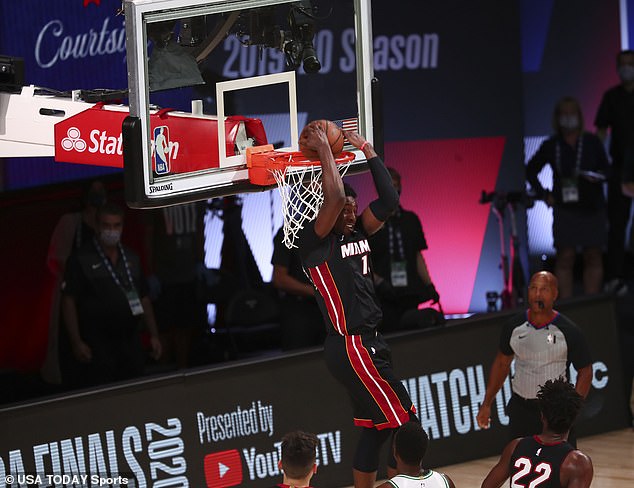 Speaking after sealing the Lakers’ spot in the Finals, James was reflective about Kobe Bryant, a legend of the team who died in a helicopter crash back in January.

‘We’re going to enjoy it tonight, but we understand we’ve got bigger fish to fry. We understand there’s a bigger goal.

‘I’m extremely proud to be a part of this franchise getting back to where it belongs, and that’s playing for championships.’