A somewhat frustrating afternoon for Motherwell as Stephen Robinson’s side lose 5-1 to Rangers while conceding another two penalties.

Of the 15 goals Motherwell have conceded in all competitions this season, seven of them have come from the penalty spot.

While Jordan Jones found the net for the first time since his move to Ibrox from Kilmarnock in the summer of 2019.

Cedric Itten followed suit, scoring his first goal for Steven Gerrard’s men before following it up with another to finish the game off. 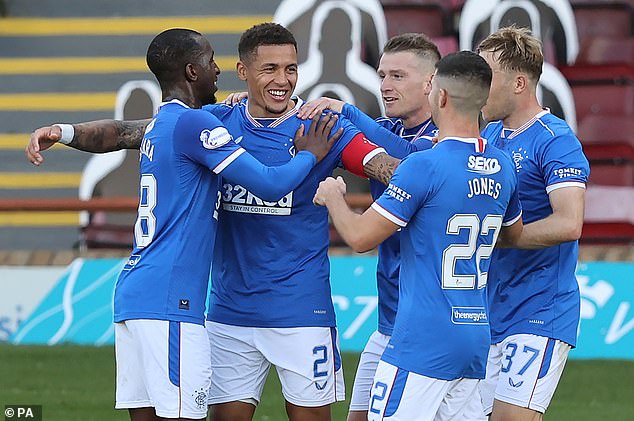 Rangers got the scoring underway with a penalty as Calvin Bassey found the arm of Bevis Mugabi in the box.

Rangers scored their second with a goal from Jordan Jones who made the scoresheet for the first time since his move to Ibrox from Kilmarnock in the summer of 2019.

It was Scott Arfield who floated the ball passed Motherwell full-back Ricki Lamie for Jones to run onto. The 25-year-old cut into the penalty area and curled the ball inside the far post with his inside foot.

It was all downhill for Motherwell from there as they went on to conceded another penalty, with Liam Grimshaw handling the ball inside the box.

Rangers captain, Tavernier, stepped up to make it two from two as he slotted home their second penalty of the game.

Itten was next on the scoresheet, hammering home two goals for Gerrard’s men.

Before a late own goal from George Edmundson saw Motherwell finish the game 5-1. 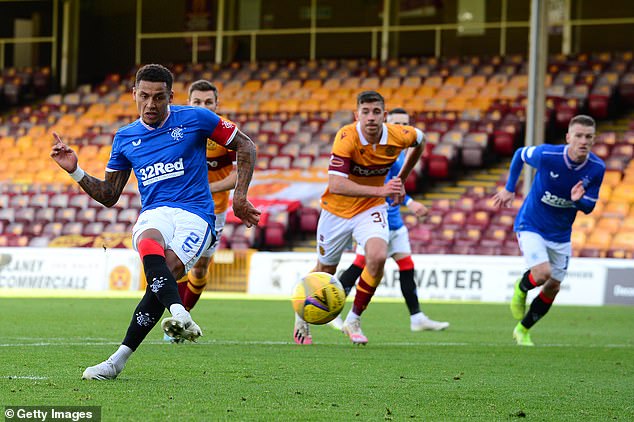 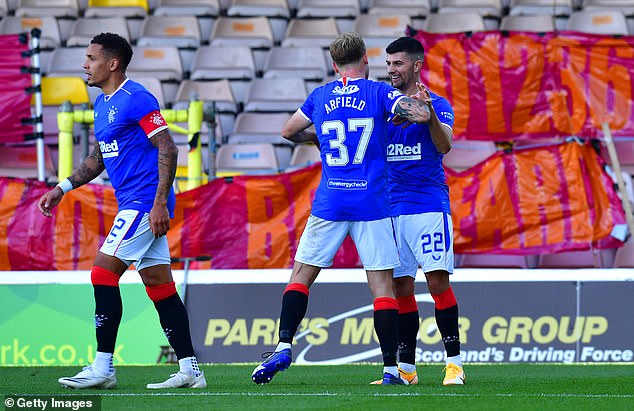