Only three hat-tricks have ever been scored against teams managed by Pep Guardiola — and Jamie Vardy now has two of them.

Lionel Messi scored the other and, had the summer and the season panned out differently, this match would have been his home debut for Manchester City, before a besotted and raucous full house. Instead, an echoing Etihad played host to a club legend of a wholly different variety — Vardy, whose career trajectory could not be more different to one lived in the shadow of the Nou Camp.

What a player he is, though — and what a knotty problem for Manchester City, always running, always twisting, always turning, fast and quick-witted and seemingly impossible to contain. 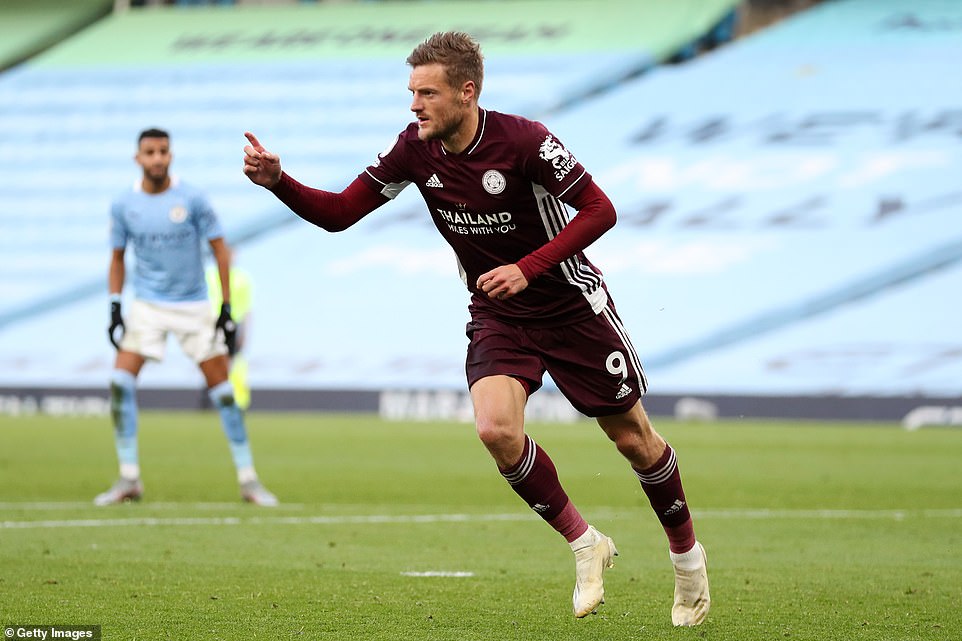 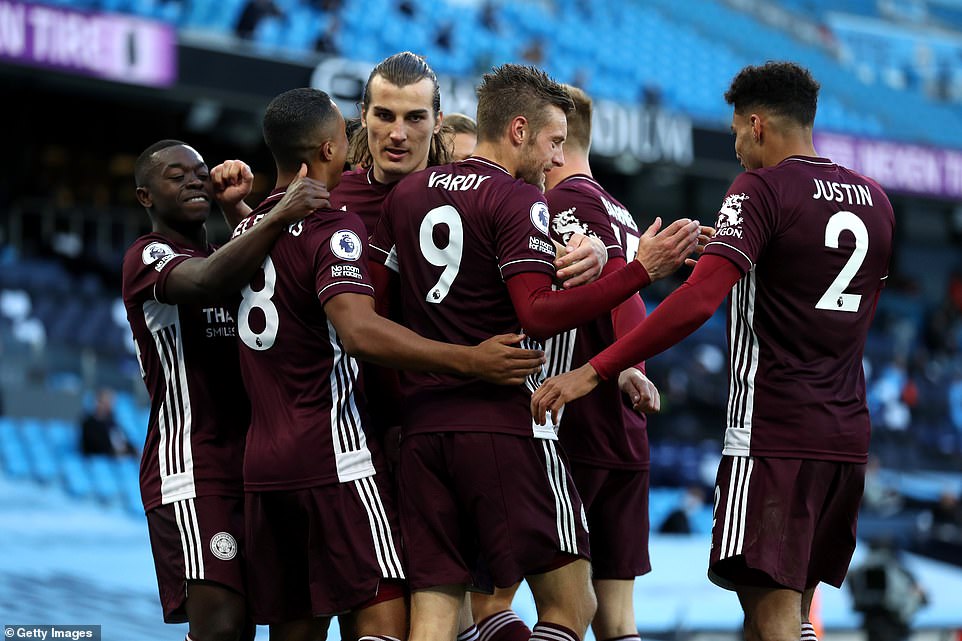 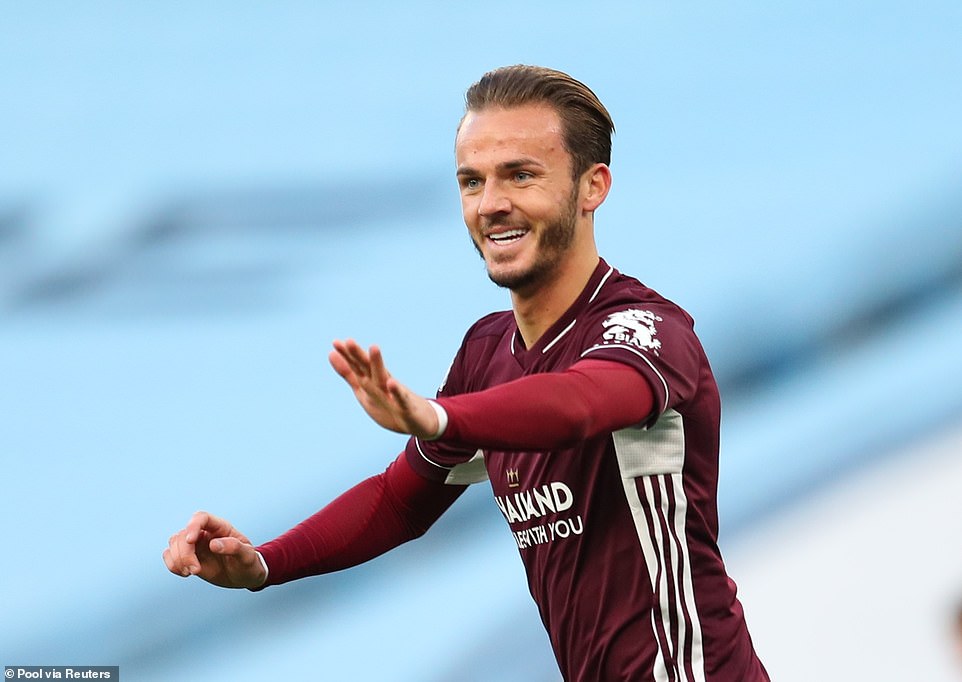 James Maddison, who was brought on as a substitute, is delighted after his excellent goal made it 4-1 to Leicester 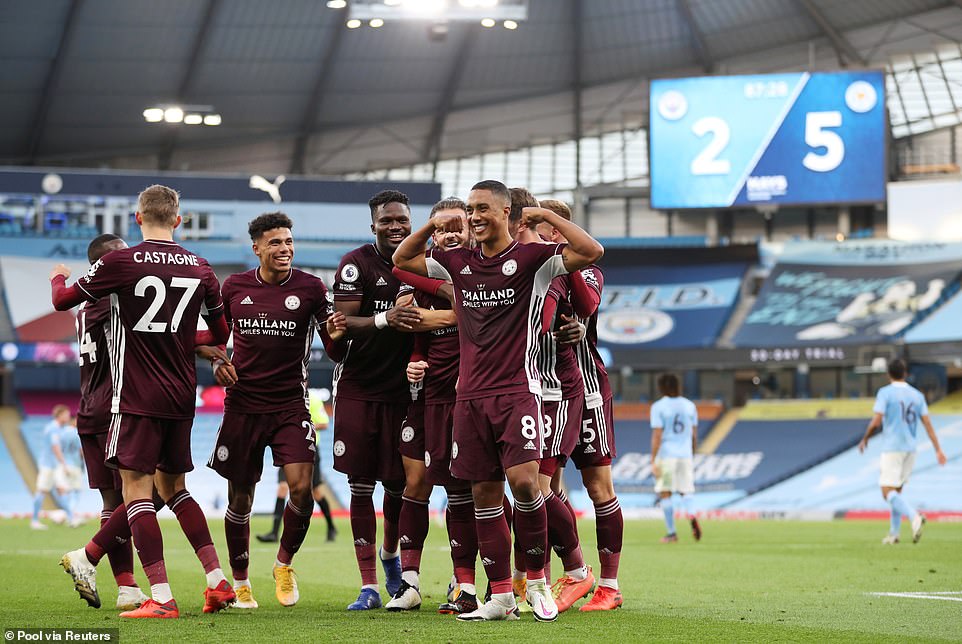 Vardy inspired a Leicester performance that made history, for his club, for Manchester City and, personally, for Guardiola. In 685 matches as a manager, his teams had never conceded five goals. That changed in this, his 686th.

It was also the first time City had conceded five at the Etihad Stadium — the last time they let that amount in being a match at Maine Road against Arsenal on February 22, 2003.

As for Leicester, going top of the table, they became the first team to score three penalties in a game since the Premier League began — and even more amazingly, not one was given for handball.

None were controversial. Vardy, who won and converted the first two, goes to ground without need for a blunt instrument, but City’s defenders seem to have made getting the wrong side of the attacker not so much a fault as a club policy, so calamity must be expected.

Worryingly, three individuals were at fault: Kyle Walker for the first, Eric Garcia — perhaps the unluckiest — for the second and Benjamin Mendy for the third.

Nathan Ake’s acquisition was supposed to make the difference to City’s defence, but he looks a long way from having the influence of Virgil van Dijk at Liverpool. Van Dijk had better around him. Plus, he solved a problem. City’s are ongoing.

Credit to Leicester, though, who arrived with a gameplan and stuck to it, even when Riyad Mahrez’s goal inside four minutes appeared to change the menu. A lesser team, maybe a lesser coach, might have panicked at that point.

To his credit, Brendan Rodgers remained calm and kept to his strategy. He has a gameplan against City, and it has served him well to here, albeit in a limited fashion.

Coming into this game, he had never taken a point off them as Leicester manager, but he had been close. It took a wonder goal from Vincent Kompany to win here in 2019, Leicester took the lead before losing the following season, and only a goal from Gabriel Jesus on 80 minutes separated them the third time Rodgers’ Leicester and Guardiola met last December. 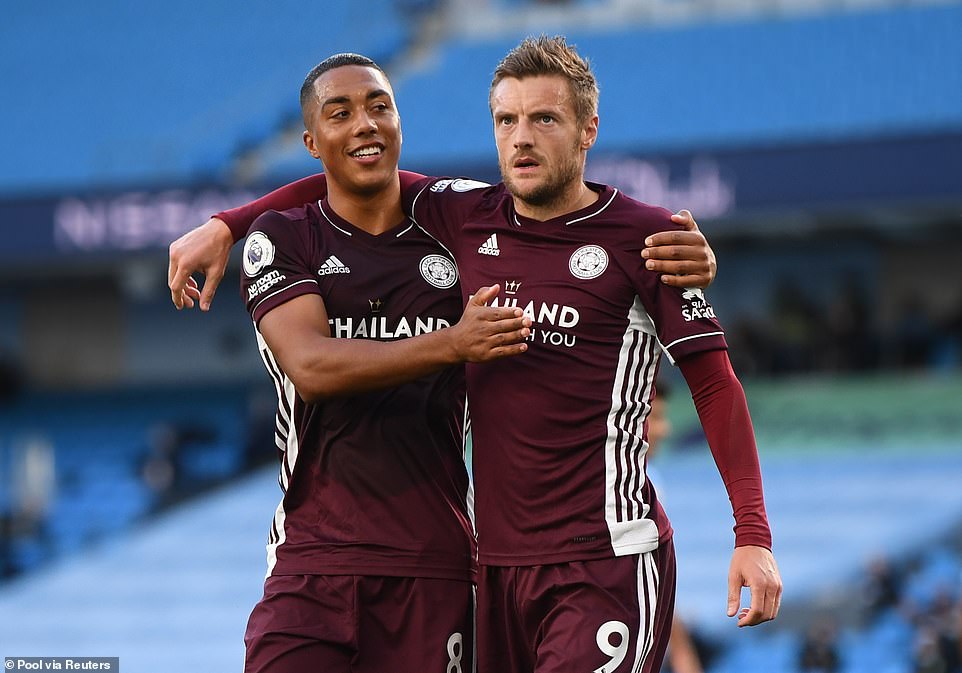 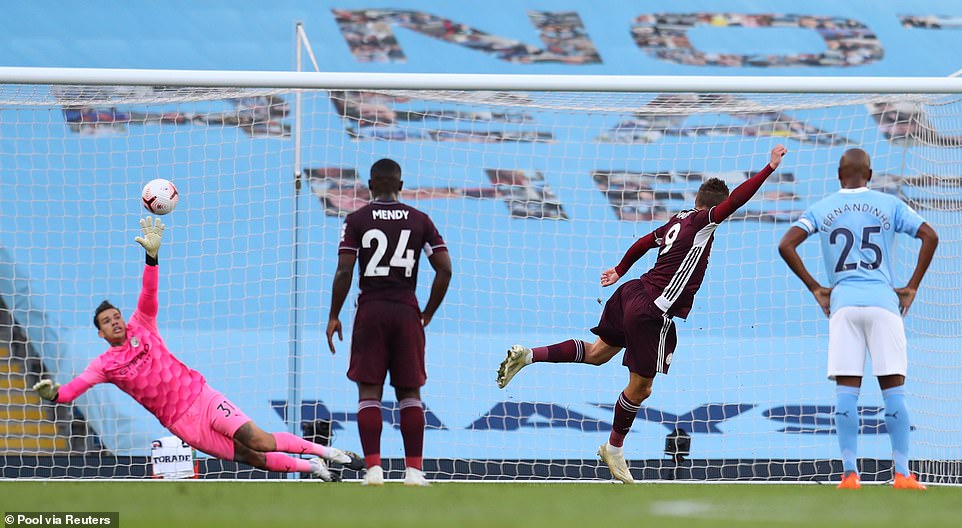 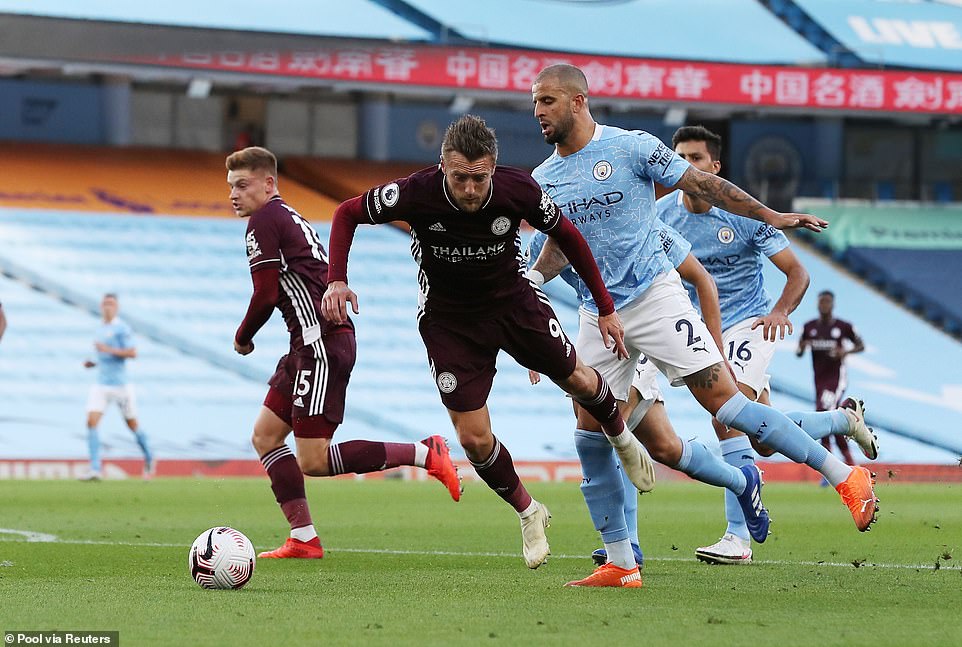 The plan? Rodgers lets City’s defence have the ball. Instead of pressing them, his players retreat. He believes Ederson is a better passer than the four men directly in front of him, so put the squeeze on and City go backwards, Ederson clips a lovely pass into midfield and City have the better numbers to counter-attack.

Drop deep and that same area is congested, making it harder for City, whose defenders are likely to be less accurate in their passing.

And that was how Leicester set up, even when a goal down. They restricted City to two goalscoring chances in the first half, one of which was the wonderful shot from Mahrez that gave Guardiola’s men the lead. It came from the first attack, a corner swung in and cleared by James Justin, straight to the lurking Mahrez. He returned it with venom into the top left corner, with his supposedly weaker right foot.

A Kevin De Bruyne free-kick which Fernandinho headed directly at Kasper Schmeichel was City’s only other opportunity before half-time and while Leicester were not exactly overburdened with opportunity, they got the one break necessary to equalise — if Vardy is in your team.

It came in the 36th minute when Harvey Barnes broke through and fed Vardy, who got goal side of Walker. The City man clumsily tried to correct his error and that was enough. Once Michael Oliver had signalled penalty, Vardy finished the job, powerfully and into the top-left corner. He scored two penalties on the opening weekend at West Brom, too. 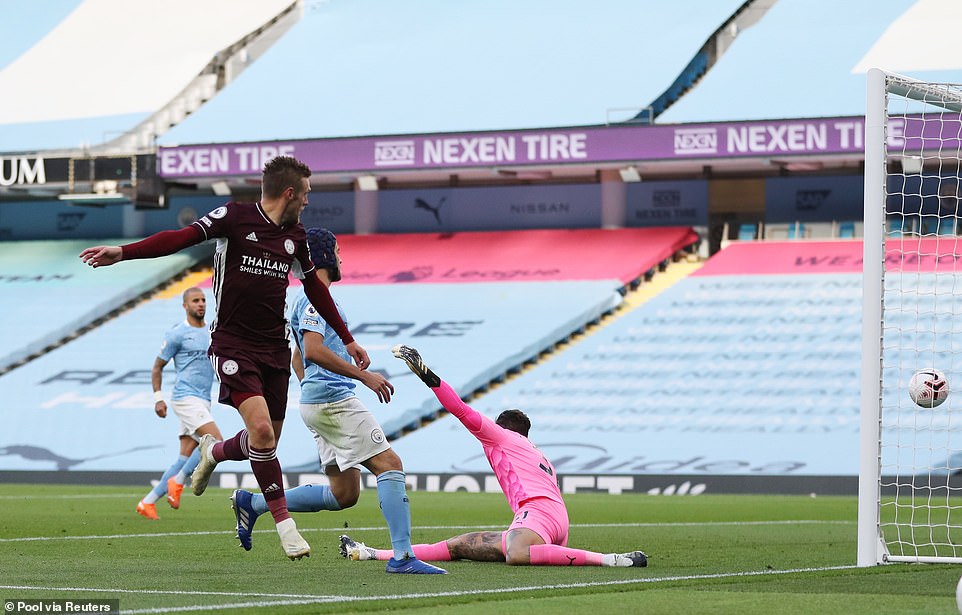 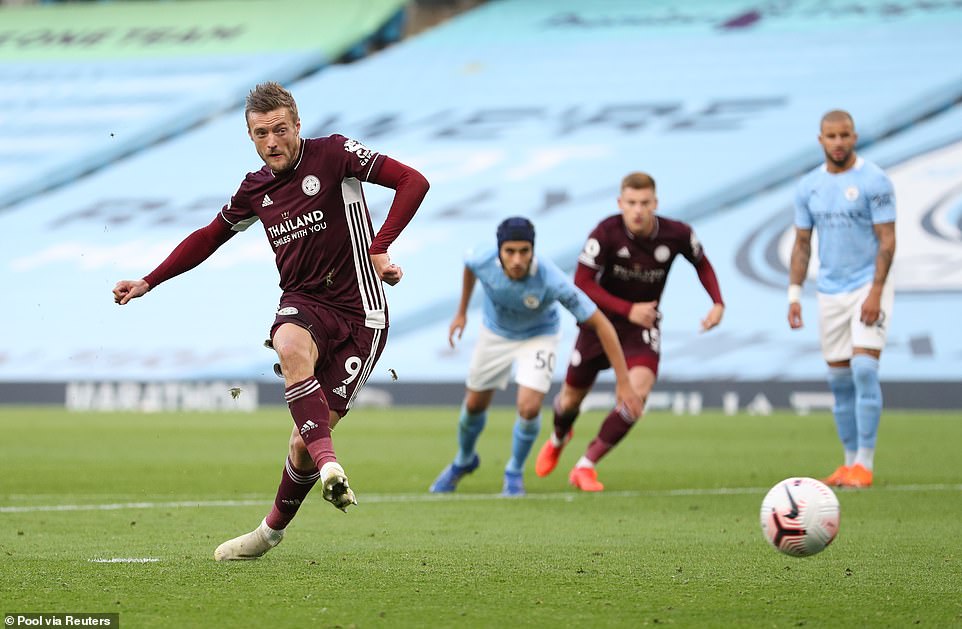 In the 58th minute, Vardy completed his hat-trick as he scored his second penalty of the game to make it 3-0 to Leicester 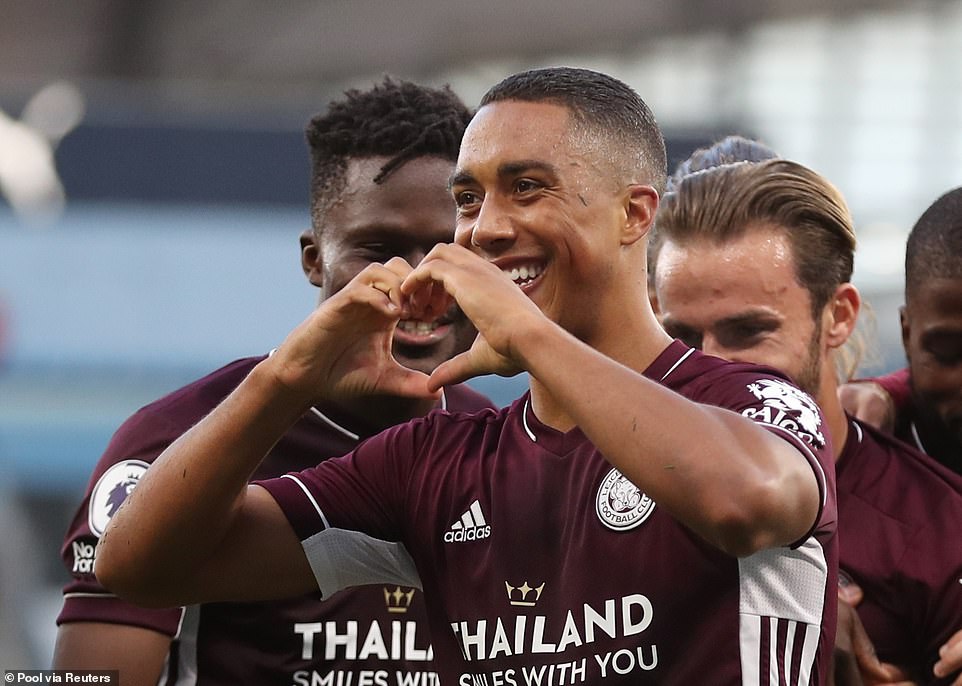 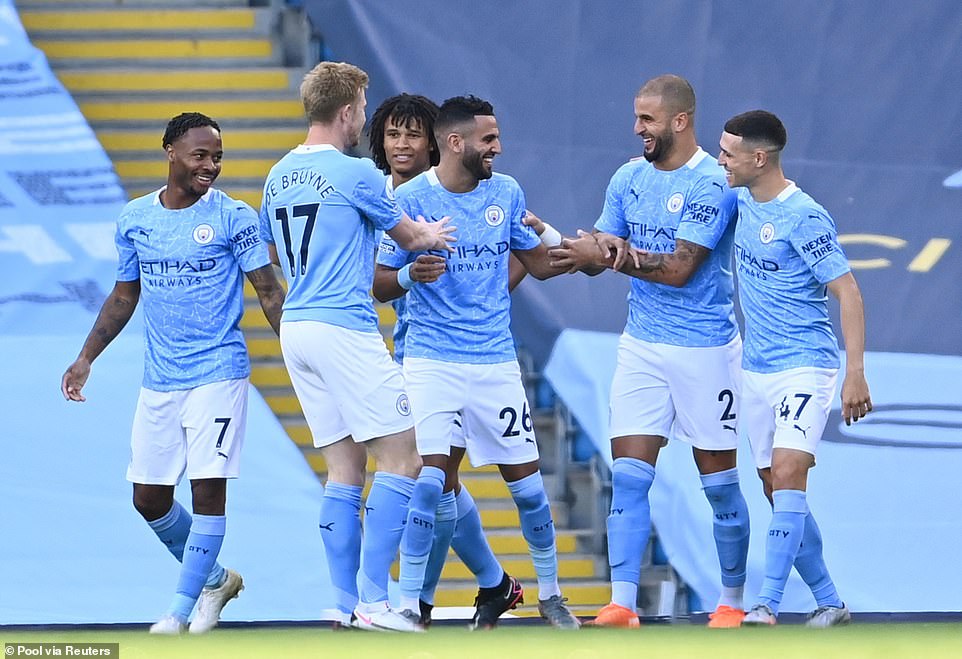 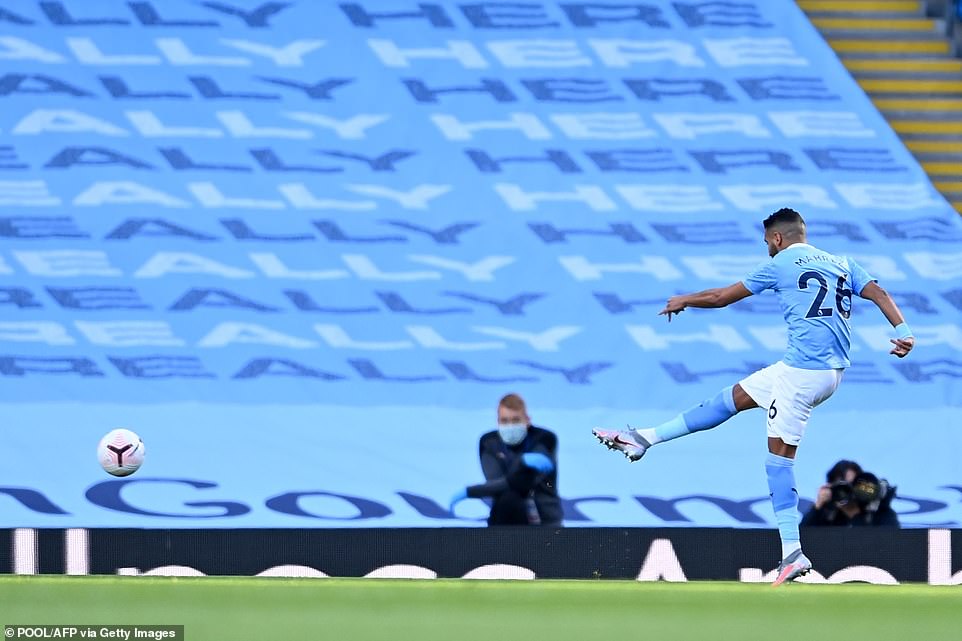 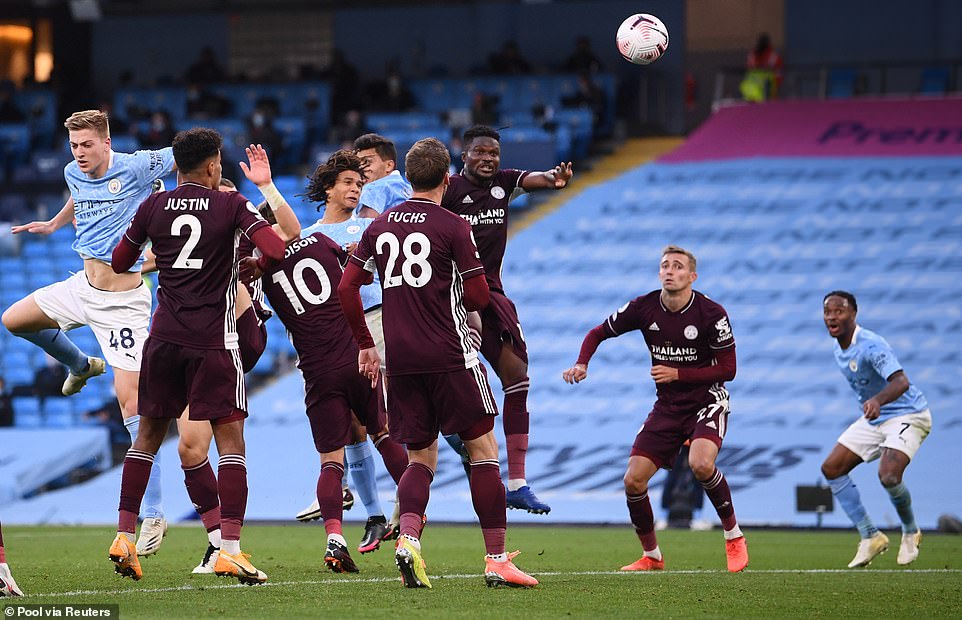 From there, a City onslaught was expected, a second 45 minutes of attack versus defence, Leicester crowding behind the ball, eyes on a point, City pressuring them, even without a recognised striker.

Instead, the opposite. The arrival of centre-forward Liam Delap after 51 minutes was a sign Guardiola was not happy with the threat his team posed — the 17-year-old did hit the bar with a header — but more troubling was the inability to spot and nullify Leicester’s clever movement.

And, unlike Wolves last week, Leicester took their chances. That is hardly a surprise, either, given their history. 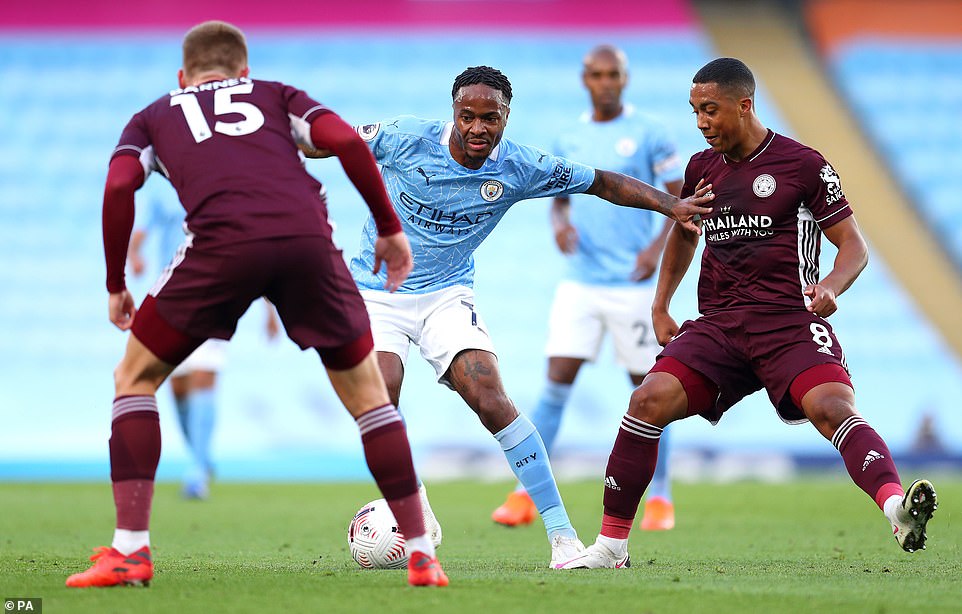 Raheem Sterling was deployed up front, with Sergio Aguero and Gabriel Jesus both absent because of injuries 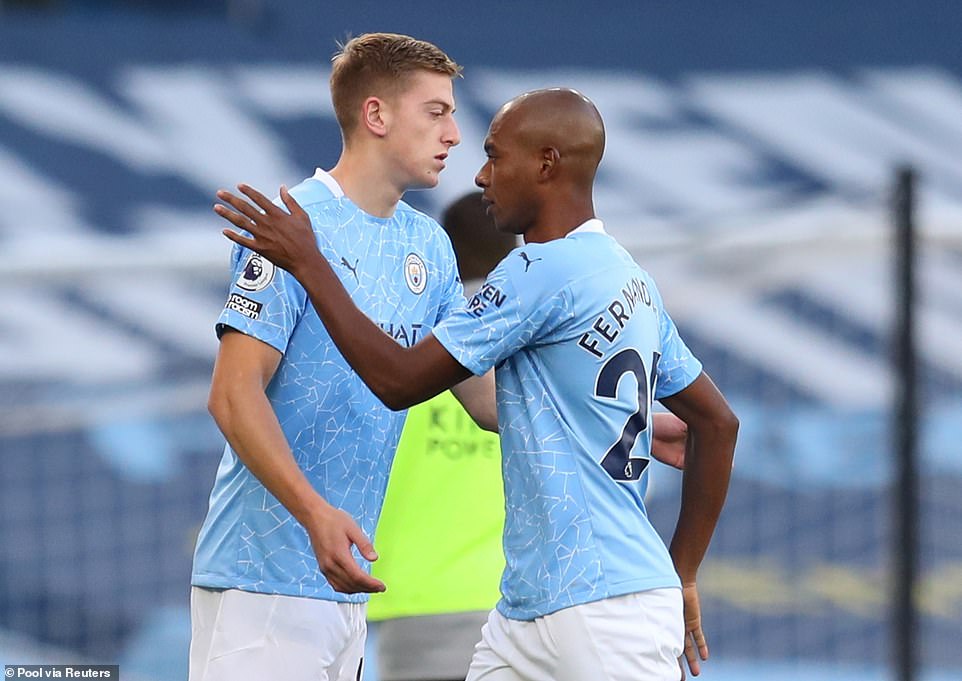 After 53 minutes, Yiouri Tielemans — a contender for man of the match, despite Vardy’s heroics — played a sweet ball through to Timothy Castagne on the right. It split Mendy and Ake, neither of whom seemed greatly switched on, and by then it was too late. Castagne crossed and Vardy nipped in at the near post to flick it past Ederson for his second.

Four minutes later, Leicester had a third. First, the excellent Barnes had a shot saved, but there was better luck next time. He fed Vardy, who went looking for a foul from Garcia, and the defender obligingly delivered it. Vardy does fall easily, but City’s contribution was inescapable. For his hat-trick, Vardy put the ball low to the right. Game over? It most certainly was in the 77th minute, when substitute James Maddison cut in from the left and, buoyed by the absence of any attempt to close him down, picked out the far top corner with a beautifully struck shot.

Ake pulled one back from a corner, his header his first goal for the club, but even that margin did not stand for long. From Leicester’s next attack, Mendy tugged Maddison back for their third penalty. It was taken by Tielemans, with Vardy already off, although the execution meant there was no drop in standard.

And while it can be argued City are missing players, and were forced to play Raheem Sterling as spearhead of the front-line, an absence of forwards is not the reason a team leaks five goals. The scoreline was unusual, but the sense of trepidation is becoming all too familiar. It was there at Molineux, too.

So while this was a shock, the reality is little has changed year on year. Defensively, City look a long way from being title contenders. Eighteen points? Maybe.

Recap the action as it happened below.