By Dominic King for the Daily Mail

Jurgen Klopp is sweating on the fitness of Alisson Becker and Thiago Alcantara as he looks to maintain Liverpool’s winning start to the season.

Goalkeeper Alisson and Thiago, the £20million signing from Bayern Munich, missed weekend training and the absence of both men — who were crucial to last week’s win at Chelsea — would be a significant blow.

Adrian, Liverpool’s Spanish understudy, is waiting to take over from Alisson but who replaces Thiago in midfield is an issue Klopp must solve. He is already without Jordan Henderson and Alex Oxlade-Chamberlain, while Fabinho may be needed to partner Virgil van Dijk in central defence. 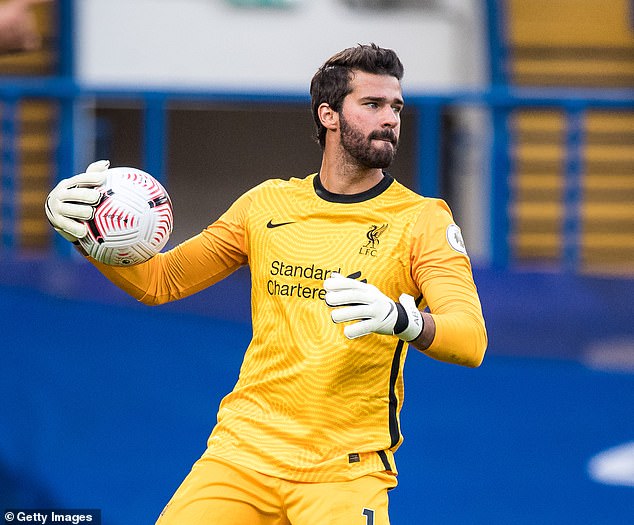 Klopp will make a final decision after training on Monday — Liverpool always have a session on the morning of a game — but fitness issues aside, he is happy with his squad and has no plans to recruit anyone else ahead of the deadline.

Liverpool have signed Thiago, Greece left back Kostas Tsimikas and Diogo Jota, but Klopp says any business from now on will revolve around who is leaving. Loris Karius, the German goalkeeper, is set to begin the exodus this week when he joins Union Berlin.

‘I don’t expect a lot, to be honest,’ said Klopp, when asked if he was considering signing a back-up defender. ‘We have three top, top, top centre halves, young players in line, Fabinho in the back hand if you want. Then three players are out for a few days but you cannot solve that in the transfer market.’ 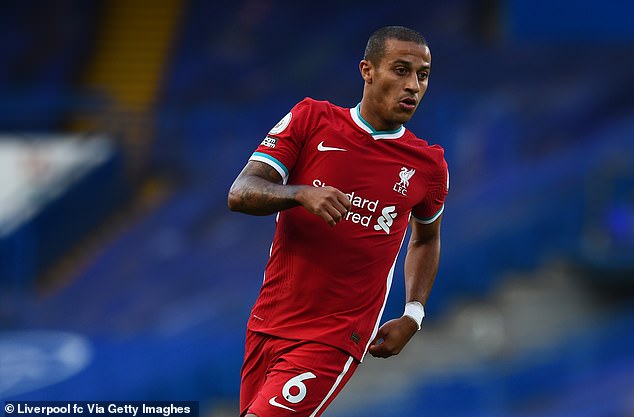