‘Where is that in the rule book?’: Lewis Hamilton fumes after missing out on record-equalling 91st Grand Prix win in Russia because of two five-second penalties for practising a start outside the pit-lane

By Kieran Lynch For Mailonline

The British driver who started on pole position was under investigation before the race had even started after he did two practice starts outside of the designated zone.

Hamilton did two practice starts further down the pit exit than he was allowed to do so, and as a result he lost the lead and will have to wait for his 91st career victory. 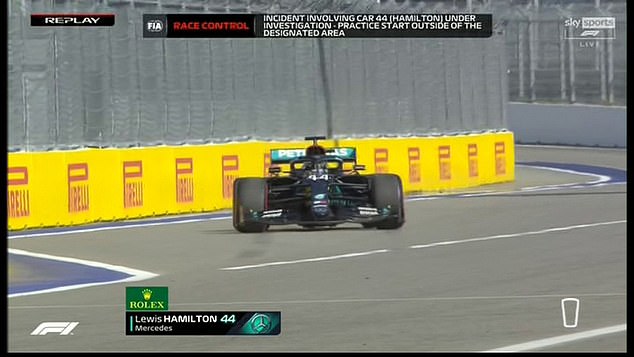 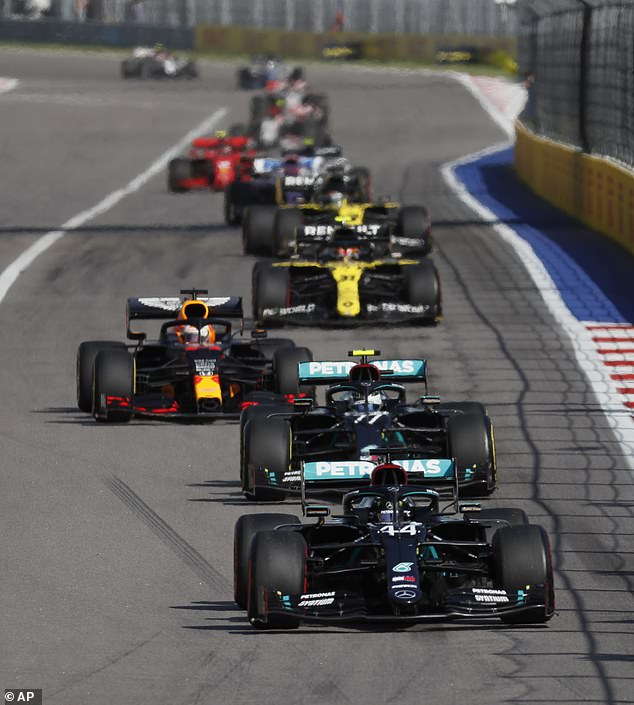 Replays showed Hamilton performing a practice start well down the pit exit, causing several drivers to swerve across the white line as they accelerated out of the pits.

The race director’s event notes for the Russian Grand Prix, under Article 19, state that practice starts may only be carried out on the right-hand side after the pit exit lights.

19.2 states that for reasons of safety and sporting equity cars may not stop in the fast lane at any time the pit lane is open without a justifiable reason.

As well as two five-second penalties, Hamilton was also awarded one penalty point for each infringement taking his total to ten.

It means that should Hamilton get two more penalty points by the Turkish Grand Prix, then the 35-year-old might even face a race-ban,

Hamilton was unhappy with the decision which saw him fall behind eventual race-winner Valterri Bottas and Red Bull’s Max Verstappen. 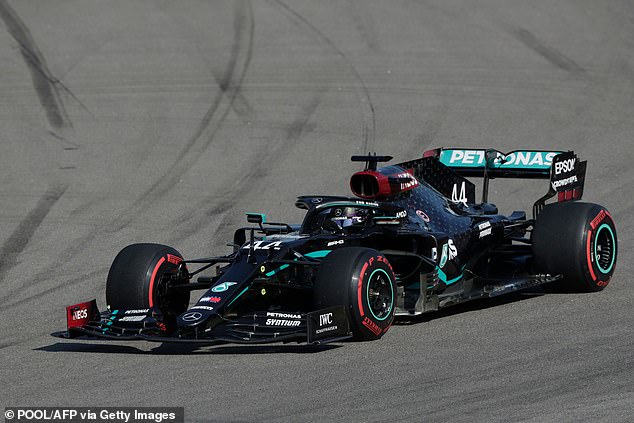 Once it was explained why he got the penalty he added: ‘F***, where is that in the rule book?’

Hamilton kept his lead at the start but dropped down the field following his pit-stop to 11th position – though with everyone in front of him yet to pit.

He complained to his team for bringing him into the pits earlier than he would have liked.

Hamilton received two penalty points at both the 2019 Brazilian and 2020 Austrian Grand Prix for collisions with Red Bull’s Alex Albon.

He also received two points for a yellow-flag violation in qualifying at this year’s Austrian Grand Prix.

At the Italian Grand Prix he received two penalty points for entering the pits when the pit-lane was closed following Charles LeClerc’s crash, which also cost him a potential victory.

His two penalty points means he has now four races to avoid any sort of infringements before the two points from Brazil last season are wiped off his tally.

As well as missing out on the record it also meant that Hamilton’s championship lead drops to 45 points ahead of team-mate Bottas.