‘We are doing our talking on the pitch’: James Maddison insists Leicester’s demolition of Manchester City shows they’ve dealt with the disappointment of squandering Champions League place on final day of last season

By Tom Collomosse For Mailonline

James Maddison insists Leicester’s spectacular victory over Manchester City proves they have shaken off the pain of missing out on Champions League football this season.

The Foxes were in the top four for nearly all of the 2019-20 campaign but their poor form post-lockdown saw them pipped by Manchester United and Chelsea, forcing them to settle for fifth place and Europa League football.

Many Leicester fans feared a hangover this season but Brendan Rodgers’ men have responded with three straight victories – including the 5-2 triumph at the Etihad Stadium – to move to the top of the table ahead of Saturday’s meeting with West Ham. 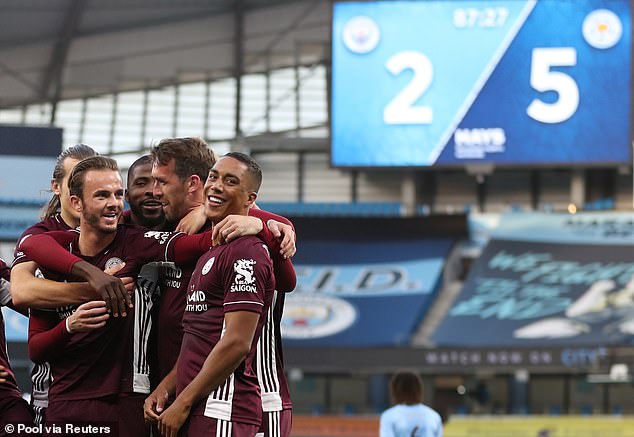 ‘We answered those questions in the right way, by doing our talking on the pitch,’ said Maddison, who could make his first league start of the season this weekend after recovering from hip surgery.

‘There was a lot of noise about last season, but we’d have bitten your hand off for fifth. There were murmurs about a hangover, but we’ve put those to bed.

‘We’re so happy with the start. We would expect to beat West Brom and Burnley, but then we continued it against City.’

Maddison’s absence after lockdown, when he figured in only three of Leicester’s nine league games, was a key factor in their drop in form. 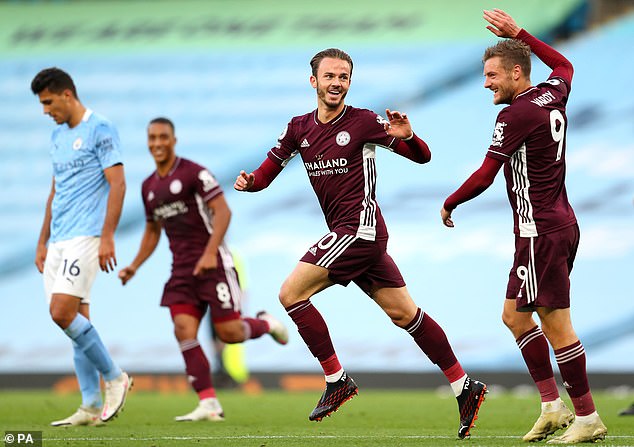 As a result, Rodgers has been keen not to bring back the 23-year-old midfielder too quickly, introducing him as a substitute in all three league matches and starting him only once, in the Carabao Cup defeat by Arsenal last week.

Maddison’s superb goal at City, a 25-yard curling effort, suggests his top form is now within reach. He added: ‘I’m getting there, but I’m not quite there yet. It’s my first season without any minutes in pre-season and it’s made me realise how important it is.

When you don’t have that running in you, you realise the foundation you need isn’t there. When I played West Brom, I was blowing. But with 70 minutes against Arsenal and 20 minutes at City, I’m getting closer.’ 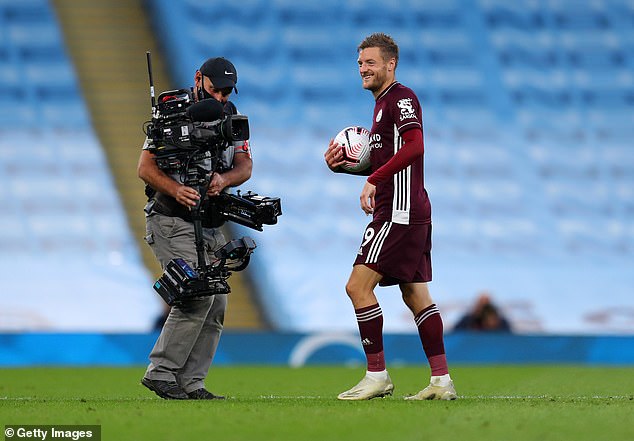