Last season’s Premier League title race was more of a procession than a competition – and there’s a very real chance that this campaign could follow the same pattern.

Liverpool finished a whopping 18 points clear at the top of the table last term and, after starting the new season with two wins from two, including a comfortable victory against supposed challengers Chelsea, Jurgen Klopp‘s men already appear up for the fight of retaining their crown.

But as well as demonstrating the Reds’ strengths, the opening weeks of the delayed campaign have also thrown up a number of weaknesses among their Big Six rivals, with Manchester City‘s shocking 5-2 home defeat by Leicester on Sunday an early blow to Pep Guardiola’s title hopes. 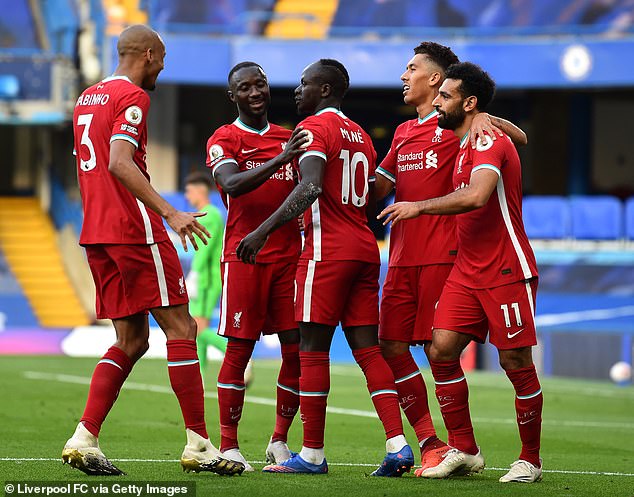 City’s defence were a shambles at the Etihad, while Manchester United’s back four looked extremely vulnerable during an opening loss to Crystal Palace and a narrow victory at Brighton.

Frank Lampard also has issues at the back to contend with on top of a number of fitness concerns, with north London rivals Arsenal and Tottenham both having midfield conundrums to solve if they are to challenge for top spot.

Ahead of the Gunners’ visit to Anfield tonight, Sportsmail takes a closer look at the issues the rest of the Big Six must fix if they are going to go toe-to-toe with Liverpool this season. 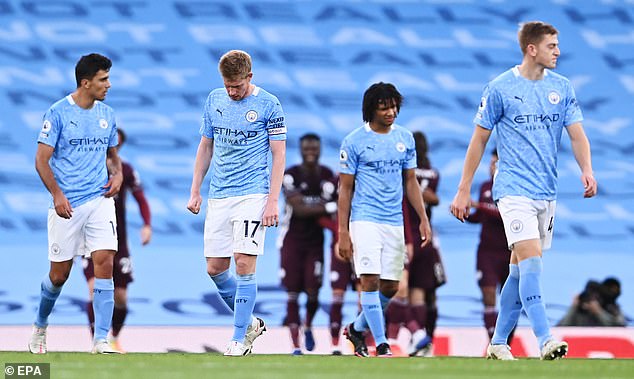 It’s quite incredible that a team of Manchester City’s quality, with so much money having been invested in new players since Pep Guardiola arrived in 2016, could be quite so bad at the back.

Their defensive issues were ruthlessly exposed by Leicester on Sunday, with new boy Nathan Ake and Co simply unable to deal with Jamie Vardy’s pace and direct running.

Not only did Guardiola’s men concede three penalties – all of which were dispatched past Ederson – they looked shaky as soon as the Foxes found their feet and started playing higher up the pitch in the second half.

Rodri doesn’t sniff danger like the ageing Fernandinho in midfield, while wantaway defender Eric Garcia looked like his head was already back in Barcelona.

Luckily for Guardiola, there is plenty of room for improvement. Ake is still bedding in at City following his big money move from Bournemouth, while their best centre back, Aymeric Laporte, was only on the bench on Sunday. 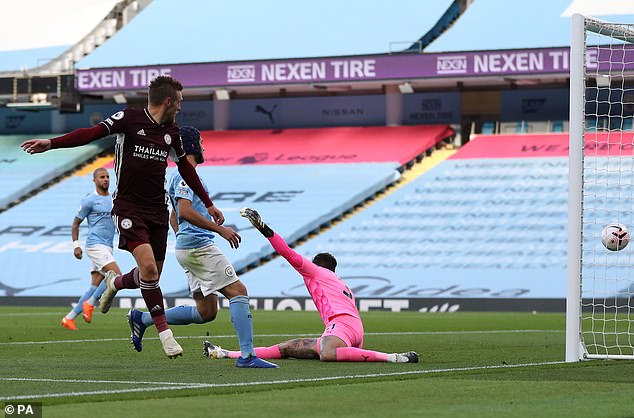 They also have highly-rated Ruben Dias on his way from Benfica in a move which will see Nicolas Otamendi, so often a liability at the back, move the other way.

While deciding on a settled back four – and getting Kyle Walker and Benjamin Mendy to cut out their mistakes – is a priority for Guardiola, he will also be hoping to see some key faces back in the coming weeks.

The absence of Sergio Aguero and Gabriel Jesus through injury dented City’s attacking threat on Sunday, while Bernardo Silva and Ilkay Gundogan are among the other first-team regulars currently ruled out.

City’s bench was noticeably weak on Sunday and Guardiola will know that having everyone fit – with brilliant options to come on – will be key to getting back on track. 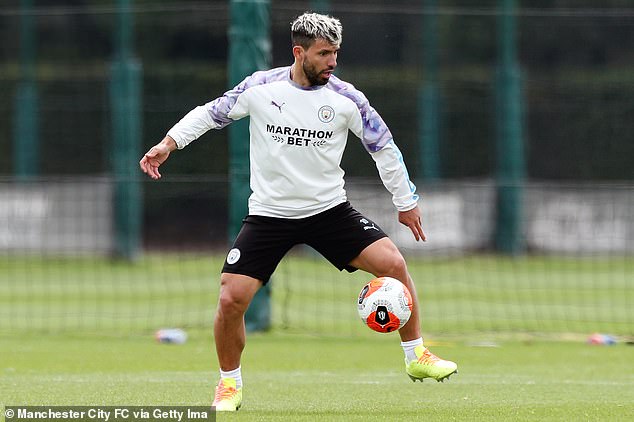 Despite earning a first win of the season in the most dramatic of circumstances at Brighton on Saturday, United’s start has left many fans concerned.

Ole Gunnar Solskjaer’s men conceded three goals at home to Crystal Palace during a surprise opening defeat and were fortunate not to lose comfortably at the Amex.

Graham Potter’s men struck the woodwork an incredible five times and scored twice, and on another day would’ve earned three points themselves, rather than losing to a late, late Bruno Fernandes penalty. 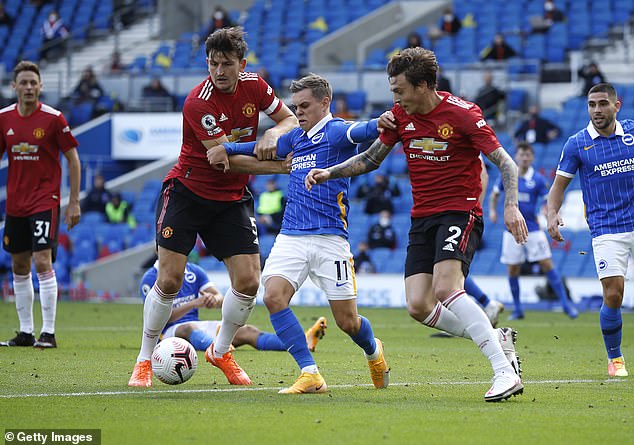 Harry Maguire and Victor Lindelof have looked shaky in the centre of defence, with Red Devils favourite Rio Ferdinand describing them as ‘slow and cumbersome’ and calling for his old club to invest in a new centre back ahead of Jadon Sancho.

But while defence is major issue for Solskjaer to fix, the make-up of his midfield is also a worry as he attempts to protect the back four and supply his front three.

Nemanja Matic, Fernandes and Paul Pogba started together on Saturday, but the latter put in another disappointing performance and was replaced by Fred after 65 minutes. 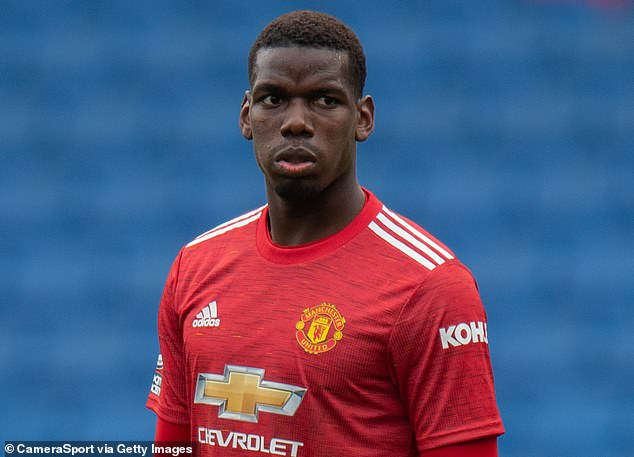 With summer signing Donny van de Beek waiting in the wings and desperate to make an impression, Solskjaer must figure out the right blend in midfield while keeping players happy and giving the £40m Dutchman a chance to make his mark.

The other issue still hanging over United is Sancho, with the club currently preparing a late bid to snatch him from Borussia Dortmund before the transfer window closes.

Although the England star would undoubtedly add a new dimension to United’s attack, the summer’s longest transfer saga needs to be decided soon. If a deal can’t be done, that money could be wisely invested elsewhere before the window shuts.

There’s a theme of dodgy defences emerging here – and Chelsea’s is almost certainly the worst of a bad bunch.

The Blues’ back four put in an embarrassing display away at West Brom on Saturday evening, conceding three times to the Premier League new boys inside the opening 27 minutes.

Summer signing Thiago Silva struggled on his first top-flight appearance after being handed the captain’s armband, while the decision to start Marcos Alonso at left back over Cesar Azpilicueta left some fans baffled. 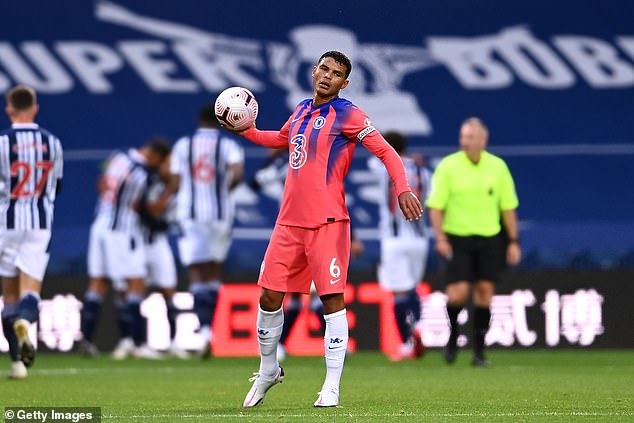 Lampard has chopped and changed his back four since returning to Stamford Bridge as boss and it’s helped result in the worst defensive record away from home of any side to have featured in the previous two seasons, with 42 goals conceded.

The former Derby manager must figure out a formula which works and put his faith in a settled defence who learn how to function together, rather than switching players after one mistake or mediocre performance.

He will be helped by the return to fitness of Ben Chilwell, who is yet to feature in the league since his arrival from Leicester, as he gets closer to putting his new-look Chelsea side together on the pitch.

Lampard has also been without summer signing Hakim Ziyech and Christian Pulisic, both of whom could form part of an exciting front three with Timo Werner.

Getting his squad fully fit and the new boys gelling will be a top priority. 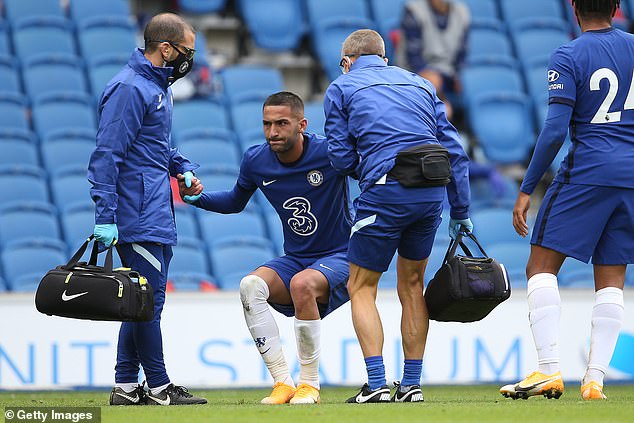 Spurs’ start to the season has been mixed to say the least – a miserable 1-0 defeat at home to Everton, a 5-2 thrashing of Southampton at St Mary’s and Sunday’s controversial 1-1 draw with Newcastle.

Perhaps the biggest issue to emerge during those games is the similarity between midfield duo Harry Winks and Pierre-Emile Hojbjerg, both of whom lack the drive and positivity on the ball of Tanguy Ndombele and Giovani Lo Celso.

Jose Mourinho could do with putting more faith in his creative midfielders to avoid the kind of lethargic display we witnessed at home to Carlo Ancelotti’s men on the opening weekend. 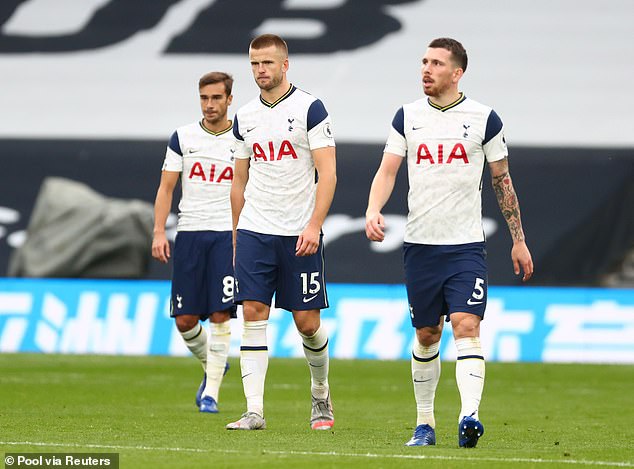 And while Harry Kane dropped deep to spectacular effect against Saints, providing all four of Son Heung-min’s goals, they need that sort of vision from midfield, rather than it all coming from their star striker.

Fans have complained about the ball not being moved quickly enough at times, while the need to be more clinical in front of goal was apparent during yesterday’s draw with Newcastle. The game should have been wrapped up well before Callum Wilson equalised in added time.

Elsewhere, Mourinho still has business to do in the transfer market with a new centre back, namely Inter Milan’s Milan Skriniar, on his wishlist, and the future of Dele Alli still up in the air. A productive final week of the window is vital. 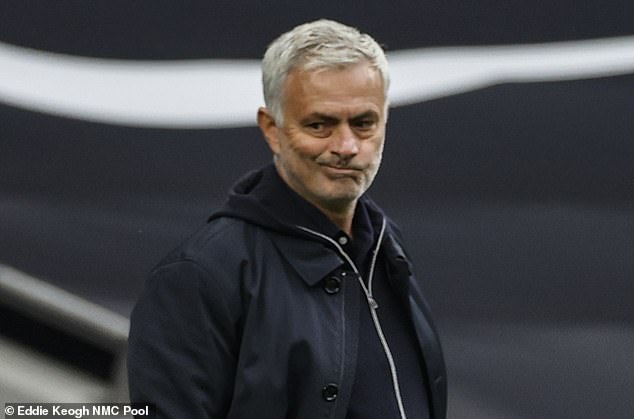 Unlike City, United, Chelsea and Spurs, Arsenal have begun the new season with maximum points and head into tonight’s game at Anfield full of confidence.

Mikel Arteta has made his side meaner at the back and can still count on Pierre-Emerick Aubameyang to bang in the goals after convincing the in-demand striker to sign a new contract at the Emirates.

Maintaining consistency and making sure the defensive errors which have plagued their performances for years are less frequent will be key for Arteta as he looks to take the Gunners from top four challengers to title contenders again. 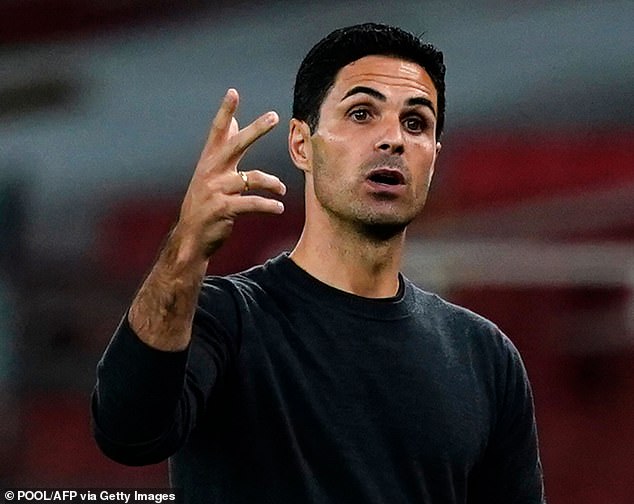 However, there is still work to do among the Gunners’ board to ensure the talented Spaniard has a squad capable of competing with the Premier League’s best.

Arteta clearly sees his midfield as a weak point after strengthening at the back and in attack this summer, and has identified Lyon’s Houssem Aouar and Atletico Madrid’s Thomas Partey as the players to take his side to the next level.

So far negotiations have failed to reach a conclusion, with Atletico keen to keep Partey despite an attempt to include Lucas Torreira in a player-plus-cash swap deal.

They have also come up short in their attempt to sign the highly-rated Aouar, with their first bid falling well short of the French club’s valuation.

Should they make a breakthrough in talks over the next week, the arrival of one – or both – of Arteta’s top targets would be a real signal of intent – and a big boost to the squad during what is sure to be a gruelling season at home and in Europe. 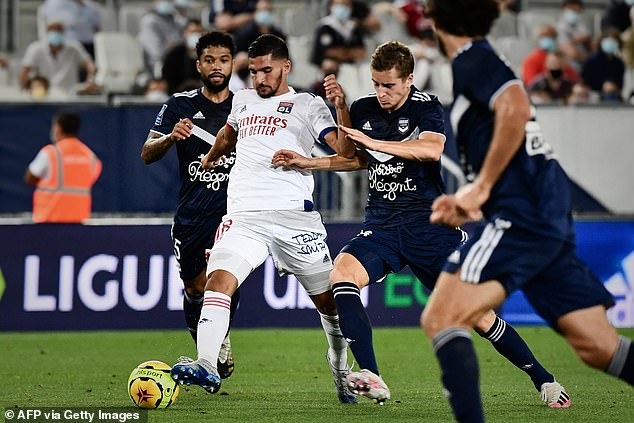