There is a growing trend for talented English youngsters electing to test themselves abroad, with Jude Bellingham the latest prominent example.

The 17-year-old has started off very well at Borussia Dortmund since making the switch from Birmingham City and has one goal and one assist across his three appearances so far. His strike against Duisburg in the German Cup saw him become Dortmund’s youngest goalscorer ever.

Sportsmail provides a look at some of the talented English youngsters that are catching the eye abroad. 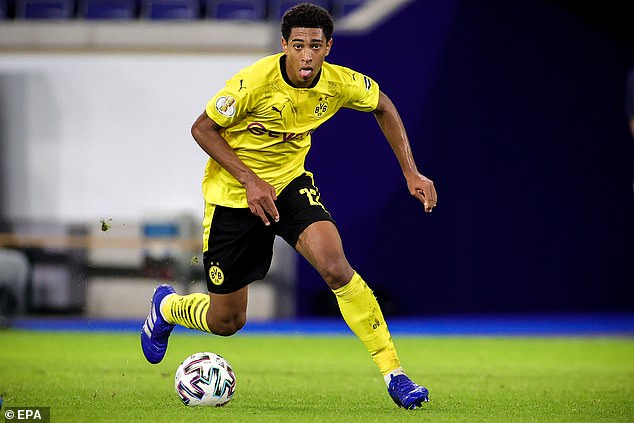 Bellingham is used to being ahead of the curve – he played for Birmingham’s Under-18 side at the age of 14 and represented their Under-23s when he was just 15.

Last season he featured prominently at first-team level at the age of 16 and is now an England Under-21 international.

A superb passer with excellent technique, he already seems well in tune with Borussia Dortmund’s style of play and looks set for a very bright future.

Bellingham will certainly benefit hugely from testing himself in the Champions League this season and a senior England call-up could well follow before too long.

The trailblazer for English youngsters heading abroad, Sancho’s decision to leave Manchester City and join Dortmund in 2017 has certainly been vindicated.

Sancho has frequently impressed for Dortmund, as evidenced by the fact that he has scored 35 goals and provided 45 assists across 101 appearances for the German giants.

International recognition has followed, too, with Sancho having been capped at senior level on 13 occasions, scoring twice.

Sancho’s flair and directness have seen him heavily linked with a move to Manchester United, but, whatever transpires, his choice to go and play abroad has benefitted his career immensely. 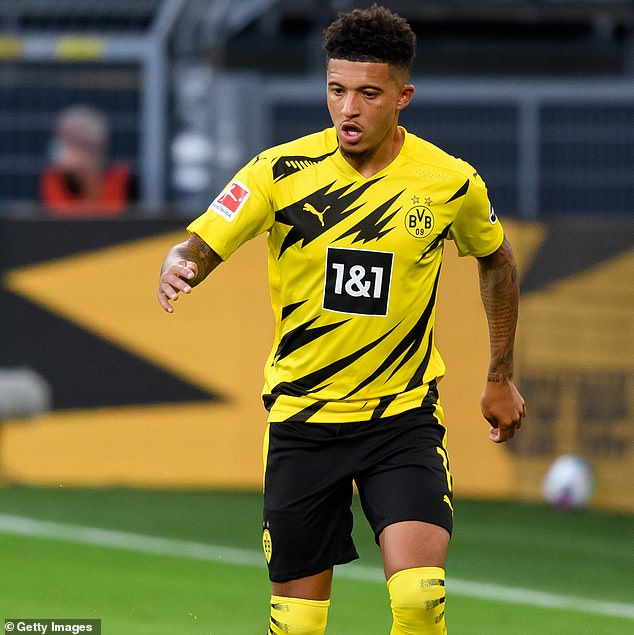 Bellingham followed in the footsteps of Jadon Sancho, who has been excellent in Germany

Musah recently hit the headlines when he became the first English player to represent Valencia as he made his LaLiga debut against Levante at the age of 17.

The midfielder, who is very skilful and is a fine passer, was born in New York and moved to Italy at a young age before later heading to England and joining Arsenal’s academy.

Musah produced some excellent performances for Arsenal at youth level, featuring for their Under-18 side when he was an Under-15 player, and he was widely regarded as one of the club’s most promising prospects before he elected to leave for Valencia.

An England Under-18 international, it appears that Musah will gain plenty of experience with Valencia and he is certainly one to watch this campaign. 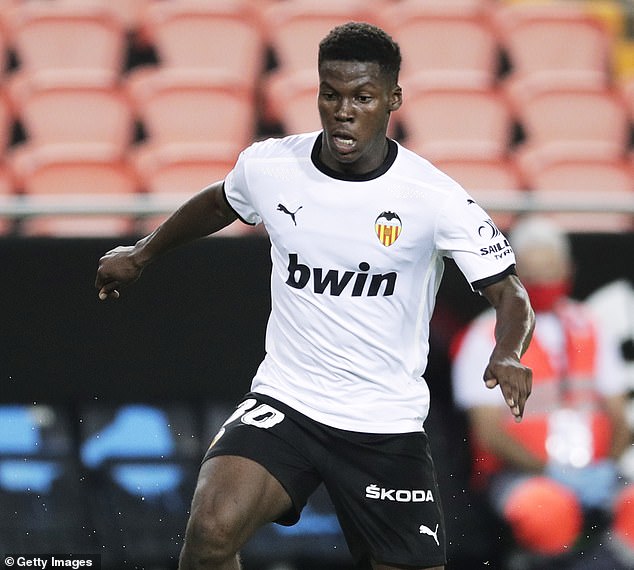 Previously at Chelsea’s academy, Panzo was part of the England squad that won the FIFA Under-17 World Cup in 2017, while he also caught the eye in the run to the final of the European Under-17 Championship in the same year.

Panzo joined Monaco in 2018 and featured heavily for their reserve side before gaining fleeting experience with the senior side.

Last season Panzo spent time on loan in Belgium with Cercle Brugge before making a permanent switch to Dijon, where he should be a regular in Ligue 1.

Very much a modern-style centre-back, Panzo, an England Under-21 international, is composed in possession. 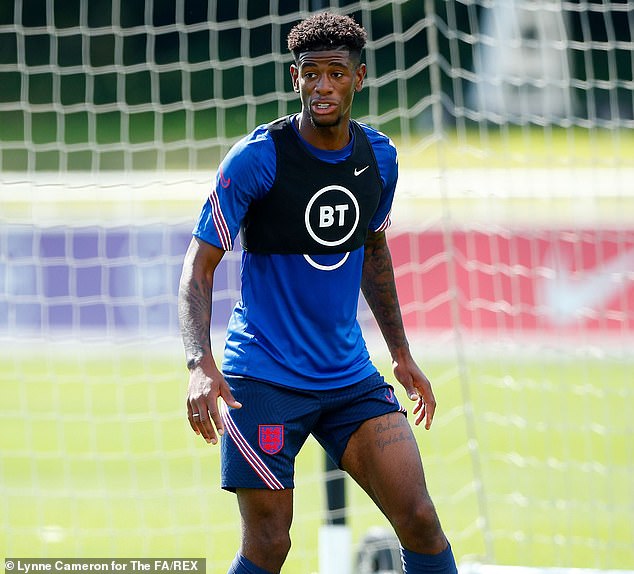 Jonathan Panzo, who was previously with Chelsea, is now playing in France for Dijon

At the age of 22, Vieira already has a considerable amount of experience, having made over 100 appearances across his spells with Leeds and Sampdoria.

The England Under-21 international is also eligible to represent Portugal or Guinea Bissau, but his loyalties appear to lie with England, at least at present. He won the Toulon Tournament with the Three Lions in both 2017 and 2018.

Effective at breaking up play, he is also a stylish passer and isn’t fazed when placed under pressure.

Vieira perhaps hasn’t pushed on quite as much as was anticipated when he broke through at Leeds, but he still seems set for a decent career at a high level. 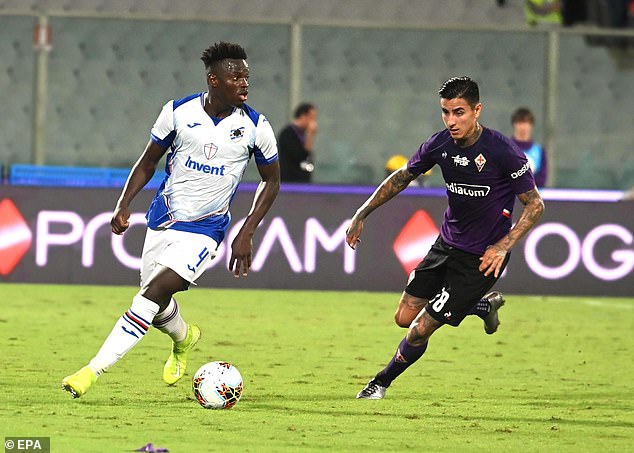 A winger with superb technical ability, Amaechi is a graduate of Arsenal’s Hale End academy, but found it difficult to get close to the first-team with the likes of Reiss Nelson ahead of him in the pecking order.

Amaechi left Arsenal for Hamburg in 2019 but was often an unused substitute last season. He did, though, make an impact for Hamburg’s reserve side as he scored four goals in five appearances.

This season Amaechi will hope that he can become increasingly involved for Hamburg as he seeks to show that he made the right decision in leaving Arsenal. 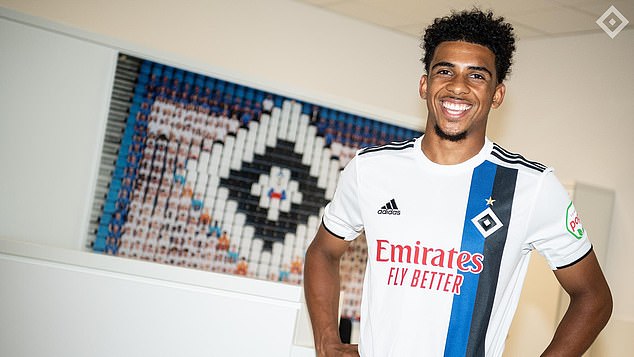 An attacking midfielder who has represented both England and Germany at youth level, Musiala was previously at Chelsea but joined Bayern Munich in 2019.

He recently became Bayern’s youngest ever Bundesliga goalscorer – aged just 17 years and 205 days – when he scored in the 8-0 thrashing of Schalke.

Last season Musiala helped Bayern’s second team to win the German third division and this campaign it is anticipated that he will become increasingly involved with the senior side.

Although he was born in Stuttgart, Musiala spent most of his childhood in England and it is hoped that he could eventually represent the Three Lions on the senior stage. 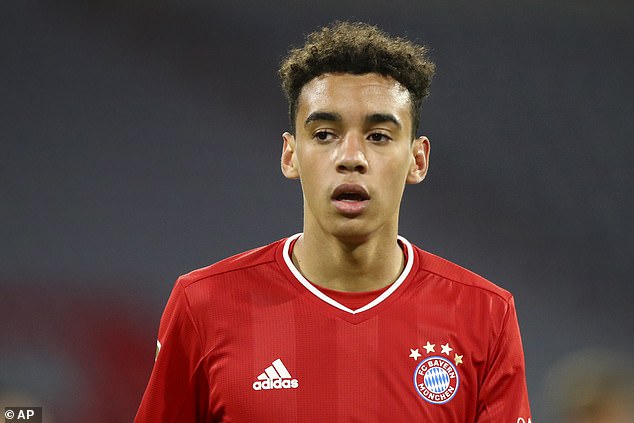 Mavididi was hugely impressive when he was progressing through the ranks at Arsenal, but he ended up leaving the Gunners without making a first-team appearance.

An injury on loan at Charlton halted his progress somewhat, but Mavididi managed to get his career back on track with a move to Juventus, for whom he featured once in Serie A.

Last season Mavididi went on loan to Dijon, for whom he scored eight goals in 28 appearances.

A permanent switch to Montpellier followed, and it will be intriguing to see how the striker fares in Ligue 1. 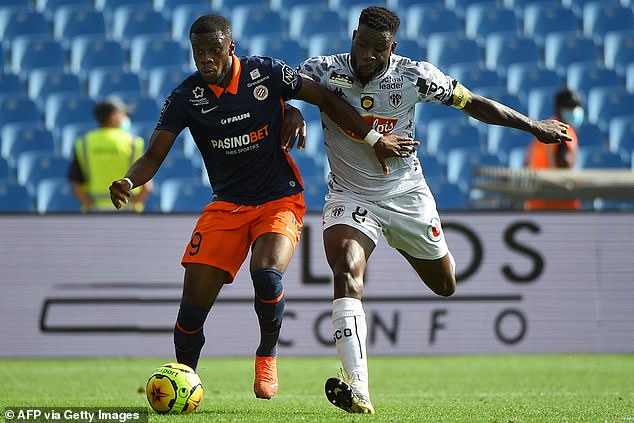 There was much publicity surrounding Gomes’ decision to leave Manchester United this summer upon the expiry of his contract.

The youngster, who play out wide, as a midfielder or up front, ended up signing for Lille and was sent on loan to Boavista.

Gomes’ start to life at Boavista has gone very well indeed. Deployed as a forward, he got three assists in a 3-3 draw against Nacional on his debut.

While at United he made ten senior appearances spread across four seasons and, when he made his debut against Crystal Palace in 2017, he became the youngest player to represent the club at first-team level since Duncan Edwards in 1953. 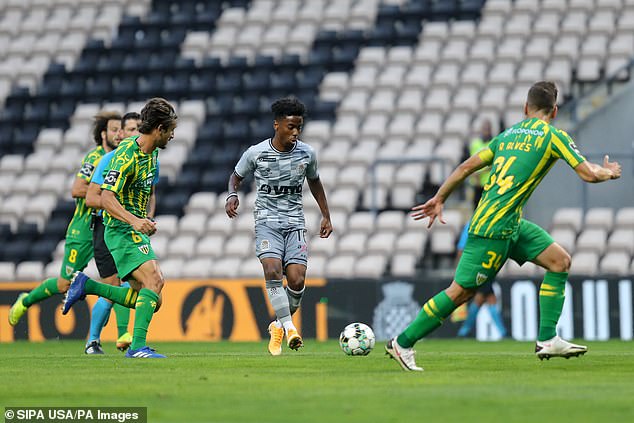 Previously at Tottenham’s academy, Madueke, another creative talent, has started the season well in the Eredivisie with PSV.

So far this campaign Madueke has already scored once and provided two assists across two Eredivisie appearances.

Madueke, who excelled for PSV at youth level, has demonstrated his versatility. He is nominally a right winger, but can also play behind the striker or up front himself.

In addition, his performances for England at youth level are often of a very high standard. He has, for instance, scored four goals in nine games for England Under-18s. 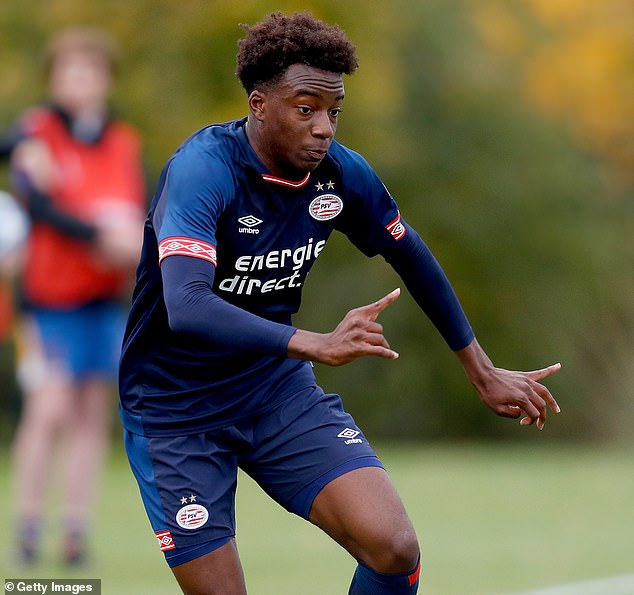