By Jeff Powell For The Daily Mail

In the manner of a Roman gladiator turning to hail Caesar in the moment of his latest kill, Josh Taylor took a formal bow.

One arm across his stomach, the other behind his back.

He made that gesture towards the television cameras transmitting Saturday night’s conquest to his horde of Scottish fans locked away from Bethnal Green’s historic York Hall. 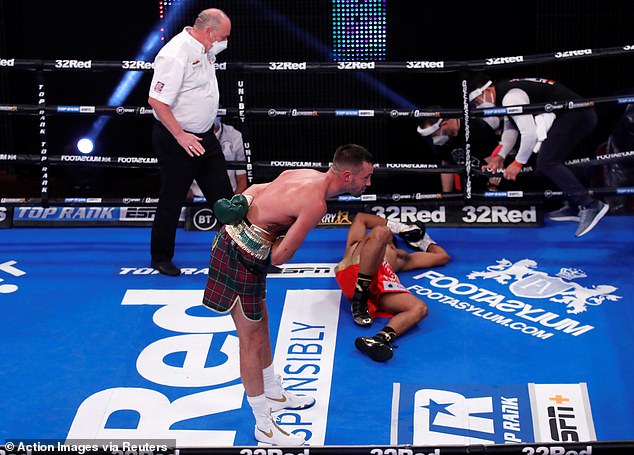 To his side, Thailand’s Apinun Khongsong lay writhing on the canvas in agony.

The mandatory challenger for Taylor’s unified world super-lightweight titles had breezed into London brandishing 13 knock-outs of his own in 16 hitherto undefeated fights. He was blown away in a mere 161 seconds.

The Tartan Tornado, the man from remote Prestonpans surely is. Further evidence that he is currently the best of British boxing, this disembowelling left hook to the body provided.

So abrupt was Khongsong’s collapse that many of us wondered at first if he had frozen with fear upon finding himself out of his south-east Asian comfort zone.

But it was a good ten minutes before he could be wheeled away on a stretcher to the ambulance taking him for precautionary tests on his liver.

Taylor offered this gruesome insight: ‘I felt the punch bury deep in his side below his ribs. I thought for a moment I might have knocked his rib-cage back into his spine. 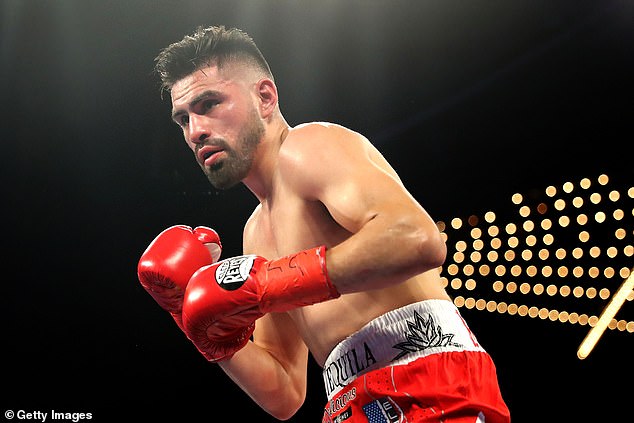 ‘He was badly hurt and if he had got up I would have finished him. I do know I am a terrific body-puncher.’

Jose Ramirez, his rival two-belt world champion, may not be in as much of a hurry to find out for himself as Taylor would like.

‘I want him next,’ said Taylor. ‘I’d be ready for him in December, with or without fans. I’ll fight him whenever and wherever he wants. In the US or the UK.’

Their American promoter Bob Arum is mooting Edinburgh or Las Vegas as the venue for collating Taylor’s WBA, IBF and Ring magazine belts with Ramirez’s WBC and WBO titles into the undisputed world championship. 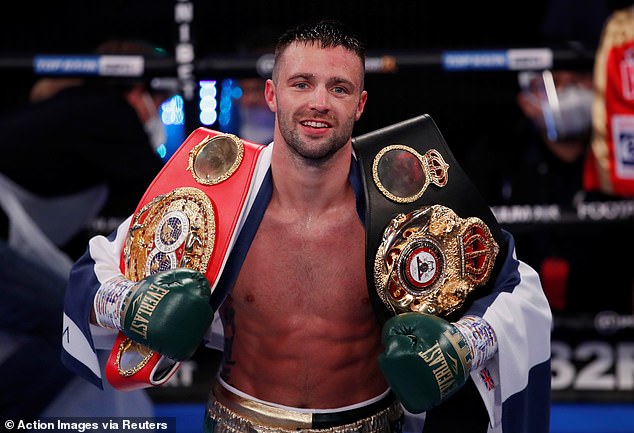 Ramirez could stall as far as next summer by fulfilling first a mandatory WBO challenge. But while you can run, you can’t hide forever. Not from the finest Scottish boxer since his legendary mentor Ken Buchanan. Certainly not if you are as unusually tall but therefore vulnerably skinny of torso as Khongsong. Not even if you are as skilled and resilient as Viktor Postol, Ivan Baranchyk and Regis Prograis, the three fighters of the highest class against whom Taylor has established his supremacy over the super-lightweight division.

If there is still one flaw in his armour it is a tendency as a natural warrior to leave himself open, as he did to a couple of rights from Khongsong in the first minute.

Yet that only makes him so exciting to watch that, if the coronavirus had a sporting heart, it would leave the boxing arenas open for fans to admire Josh Taylor while they can.

On the top of the undercard Charlie Edwards, after his extreme struggles to make the flyweight at which he was briefly a world champion, won his first fight at bantamweight. His speed, jab and skills achieved that by a wide 99-91 round margin over the game but outclassed Kyle Williams. But if he is to become world champion at a second weight he must find a way to bring even his limited punching power with him up the divisions. 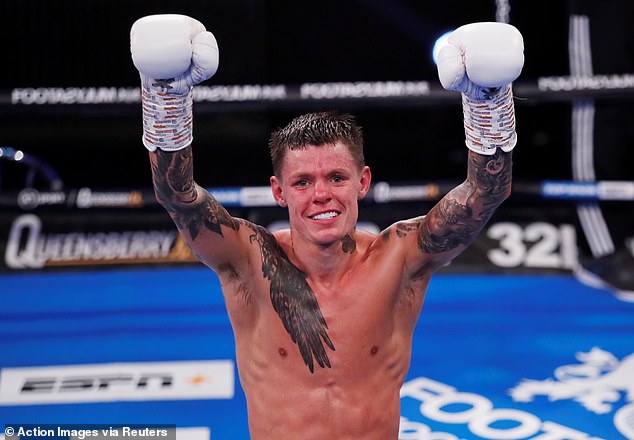