Israel Adesanya silenced his critics in comprehensive fashion as the middleweight champion blitzed rival Paulo Costa with a second-round knockout to retain the 185-pound belt at UFC 253.

Despite wins over Yoel Romero, Robert Whittaker and Kelvin Gastelum, doubts had remained over Adesanya’s credentials as champion, with Brazilian Costa favoured to knock the ‘Last Stylebender’ off the middleweight perch.

But the 31-year-old emphatically proved the he is in a class of his own with a striking clinic over the undefeated Costa, with the early stages of the bout showing a huge gap in quality between the pair. 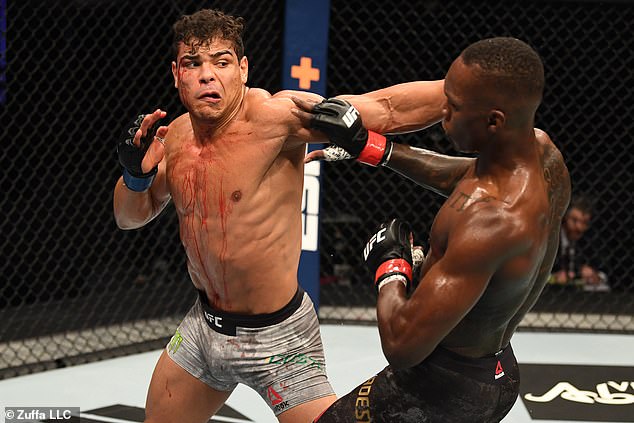 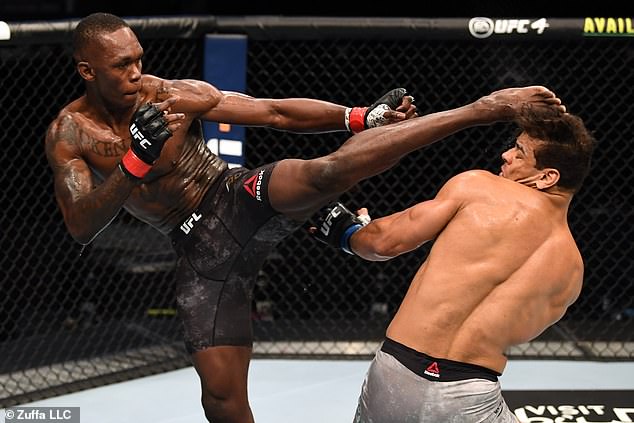 Adesanya methodically attacked Costa’s legs in the opening round, with 20 kicks landed in a bid to slow the devastatingly powerful Brazilian.

Costa, 29, attempted to goad the champion into making it an all-out brawl, but Adesanya remained composed, opting to pick his shots and bide his time before landing the knockout blow.

And it did not take long. The Nigerian-born New Zealander chose to pounce in the second round, with a big left hook knocking Costa to the canvas, with a flurry of ground and pound strikes enough to persuade referee Jason Herzog to stop the contest. 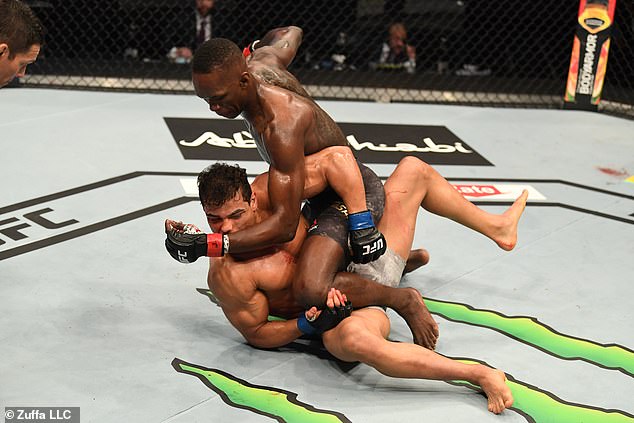 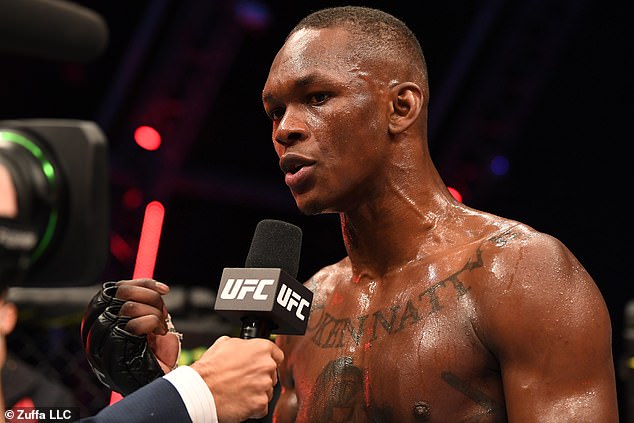 The charismatic middleweight appeared to ‘hump’ Costa moments after Herzog waved off the contest, and started break-dancing just feet away from his rival while doctors were attending to him.

‘You all must have forgot. I have to make you remember, we’re the best,’ Adesanya, who extended his undefeated record to 20 wins, exclaimed in his post-fight interview.

The 31-year-old set out plans to run through the middleweight division, and in doing so form a legacy to rival that of UFC icon Anderson Silva.

‘Anderson Silva lived a great legacy and I want to do service to the middleweight division,’ he added. ‘Jared Cannonier, I love his energy, he’s a beautiful man. I said, “You destroy Robert Whittaker, you’re next.”‘ 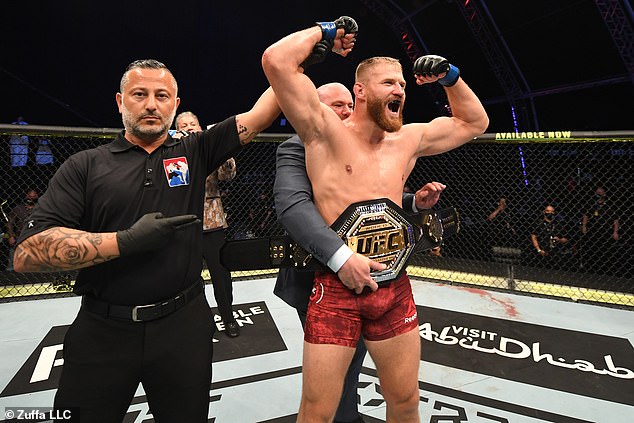 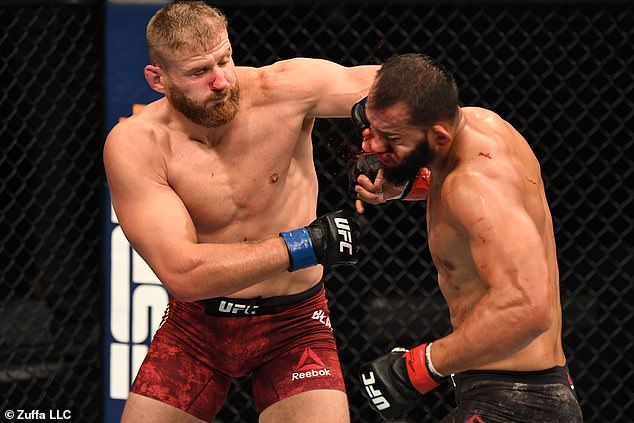 Blachowicz primarily controlled the action in the first round before catching Reyes with a sudden left hook late in the second round.

The punch caused Reyes to stumble and Blachowicz immediately took advantage, pouncing on the American and quickly finishing him on the ground.

In the event’s other results, Brandon Royval earned a second-round submission victory over Kai Kara-France, Ketlen Vieira claimed a decision win over Sijara Eubanks in the women’s bantamweight division and Hakeem Duwodu eked out a decision victory against Zubhaira Tukhugov to improve his record to 12-1-1.