East Kent Hospitals has been accused by families of covering up the deaths of newborns by only referring a handful of cases to coroners – even though many were sudden and unexplained.

The Mail revealed yesterday how just 24 out of 124 deaths since 2013 had been reported to coroners, who themselves expressed alarm at managers’ suspicious practices. 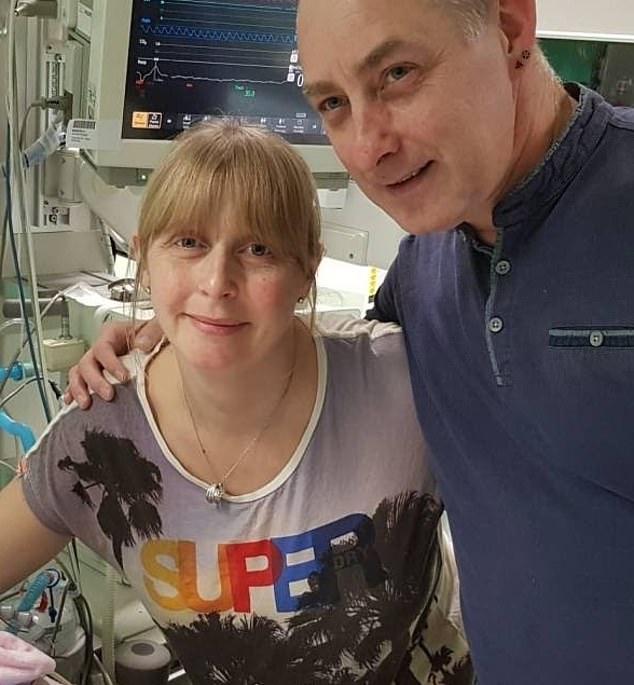 The trust – one of the largest in the country – is currently at the centre of a major independent inquiry following concerns that at least 15 babies may have died needlessly since 2011.

Devastation for our family

Dawn and Kevin Powell are pursuing a negligence claim over the death of their son Archie at four days old.

Medics at the QEQM Hospital in Margate failed to spot symptoms of group B streptococcus, a common infection, shortly after his birth on February 10 last year.

They initially treated it as a bowel problem – and one staff member even thought a grunting noise Archie was making was him singing.

The delay in treating him caused severe brain damage. Dawn, 42, and Kevin, 52, of Margate, were faced with the heartbreaking decision of turning off his life support machine.

Archie has a twin sister, Evalene, and was the couple’s first son after three girls. A probe found his death was ‘potentially avoidable’.

Initially, there was not an inquest into his death, but the family have pushed and one is set to be heard in Kent.

Dawn – who quit her teaching assistant job at a special needs school due to depression brought on by Archie’s death – said: ‘The main issue was them failing to spot how ill he was getting and the lateness in him receiving antibiotics.’

Kevin added: ‘All we’re interested in is making sure they change what they should have changed years ago. This has caused so much devastation to our family. We had three daughters who were looking forward to having a little brother.’

But board documents reveal that both the regional branch of NHS England and the local health authority, Canterbury and Coastal Clinical Commissioning Group (CCG), were worried about the high number of serious mistakes in the maternity departments as early as 2013.

A ‘quality report’ written by the CCG that September points out that its own staff and a panel headed up by regional NHS England managers had ‘both expressed concerns in relation to the number of serious incidents’.

Two years later, NHS England and another local health authority, Thanet CCG, were so concerned about East Kent’s maternity services they asked the Royal College of Obstetricians and Gynaecologists to carry out a review.

That investigation highlighted how consultants were refusing to come in at nights and weekends, with other staff failing to follow guidance or flag up potentially dangerous mistakes.

But the document was filed away and never made public nor passed on to the Care Quality Commission.

The failings came to light in January this year during the inquest of baby Harry Richford, who died in November 2017 in what a coroner described as ‘wholly avoidable’ circumstances.

Derek Richford, Harry’s grandfather, said: ‘It seems astonishing Harry could have been born in a maternity unit where the locum was completely unassessed and frankly wholly inexperienced for the role.

‘Why weren’t people solving issues rather than writing reports?’ Nick Fairweather, a medical negligence solicitor who is representing 12 families taking legal action against the trust, said: ‘One of the most heartbreaking features to the cases is the number of opportunities that there were to put things right.’

The trust is one of a handful of hospitals to have been given a ‘red’ rating because the death rate is at least five per cent higher than average.

In February the NHS launched an inquiry into East Kent Hospital’s maternity services.

It is overseen by Dr Bill Kirkup, who also chaired a damning report into the maternity scandal at the University Hospitals of Morecambe Bay in Cumbria in 2015, where up to 30 babies and mothers died.

The NHS is also investigating another major maternity scandal at Shrewsbury and Telford Hospital, where more than 1,800 families have raised concerns about poor care, including avoidable baby deaths.

A spokesman for East Kent Hospitals said: ‘We wholeheartedly apologise to families for whom we could have done things differently. We have made significant changes to maternity care.

‘We are doing everything we can to support the investigation.’

A spokesperson for East Kent Hospitals said: ‘The findings and recommendations from the Royal College of Obstetricians and Gynaecologists (RCOG) report were incorporated into the Trust’s improvement plan following receipt in February 2016.

‘The Trust informed the Care Quality Commission (CQC) that a review of maternity services had been commissioned in 2015. Information about RCOG’s findings and the Trust’s progress were shared with commissioners, and with the CQC ahead of their 2016 inspection.’

Harrowing stories that will haunt me forever

When you are a Secretary of State, your day is filled back to back with meetings – often on important but rather dry topics. But some meetings you never forget, and reading the harrowing accounts from parents who lost babies at East Kent NHS Trust in yesterday’s Daily Mail reminded me of one I will remember till the day I die.

It cost our little miracle her life

Shelley Russell became anxious in the 36th week of pregnancy as her baby – who she named Tallulah-Rai – was not moving as much as usual.

Midwives sent her home despite struggling to get a good heart-rate reading on the cardiotocography (CTG) machine, and they did not perform an ultrasound. 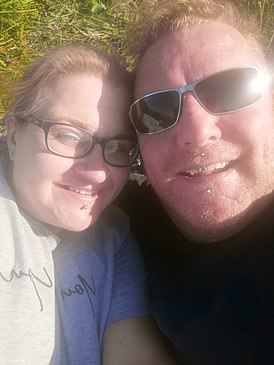 The failings have left her and partner Nicholas Edwards, 49, devastated.

They both have children from previous relationships, but the couple had previously been told they could not have children together.

Miss Russell, from Dover, said: ‘I was angry and upset sitting there because they had this huge poster saying if you aren’t feeling movement to contact them straight away which I did. But I just didn’t see any urgency from the medical staff.

‘This has cost our baby her life, because that midwife didn’t do her job properly.

‘We’re never going to be able to conceive again and I don’t think I’m ever going to want to. Tallulah-Rai was a miracle and I think we were given our only chance.

‘The minute they told me that she had died I knew instantly where it had all gone wrong. It feels like a constant punch in the stomach. They should be ashamed of themselves.’

According to the BBC, an internal investigation found: ‘The CTG should have been continued for longer and an ultrasound arranged.’

I was due to report to Parliament on the baby deaths at Morecambe Bay NHS Trust and had invited some bereaved parents in to meet me. One of the parents, Carl Hendrickson, wanted to bringing his 11-year-old son to the meeting.

We tried to persuade him to allow his son to wait outside for what was going to be a difficult meeting – but he insisted. In the meeting I found out why – he had lost not just his baby son but also his wife in a terrible catalogue of errors.

This brave man wanted his son to see he had taken his complaints right to the very top.

I met many other extraordinary campaigners. James Titcombe lost his son Joshua at the same hospital. Simon Davey and Liza Brady lost their son Alex at Morecambe Bay NHS Trust.

All of them chose not to move on but to relive their tragedies over and over again to try to get changes made that stopped other families going through the private torture they had endured.

Now we hear the shocking news from East Kent. Thankfully this is being looked into independently by Dr Bill Kirkup. He pulled no punches in his report on Morecambe Bay and I am sure will not hold back this time. Partly as a result of his earlier recommendations, much has changed in the NHS: a national campaign to halve baby deaths by 2025, independent investigations into every major maternity incident by the newly set-up Healthcare Safety Investigation Board, and rigorous inspections of every hospital in the country by the CQC.

But there is much more to do. We have 3.9 neonatal deaths per 1,000 births. In Sweden it is half that. If we matched that here, 1,400 babies’ lives would be saved every year.

Why do the Swedes and other countries do so much better? A culture of blame in our hospitals often makes it practically impossible for dedicated doctors, nurses and midwives to be open and transparent when things go wrong. They worry they will be fired or lose their right to practise.

Lawyers circle immediately and it can take years for a complicated lawsuit to be settled. When they conclude, the sums are eye-watering: this July the NHS had to pay £37million to one family, the largest ever maternity claim in its history.

How many more obstetricians and midwives could that have funded if the mistakes in that case had not been made? That is why even in the midst of the pandemic, the Health and Social Care Select Committee, which I chair, has just opened an investigation into maternity safety.

The only solution is a total change of culture. After any unexpected death the top priority must be to find out the truth of what happened quickly, learning any lessons and making sure they are communicated to the rest of the NHS without delay.

Until that happens, my successors as health secretary will have to keep looking bereaved relatives in the eye and explain why it is so many tragedies are being allowed to repeat themselves.