‘Some of the wounds from last season are reappearing’: Gary Neville says Pep Guardiola faces ‘one of his biggest jobs in football’ to reclaim the Premier League title with Manchester City after shock Leicester defeat

Gary Neville believes Pep Guardiola is facing one of the biggest tasks of his managerial career to reclaim the Premier League title after watching his Manchester City side capitulate against Leicester.

Brendan Rodgers’ men stunned Man City in a 5-2 victory which saw Eric Garcia, Kyle Walker and Benjamin Mendy gift three penalties to the visitors and cast further doubts as to whether Guardiola’s men can take the Premier League crown off Liverpool this year.

Despite Riyad Mahrez giving Man City the lead four minutes into their first home Premier League game of the new season, the visitors came back and stormed to victory through a Jamie Vardy hat-trick and strikes from James Maddison and Youri Tielemans. 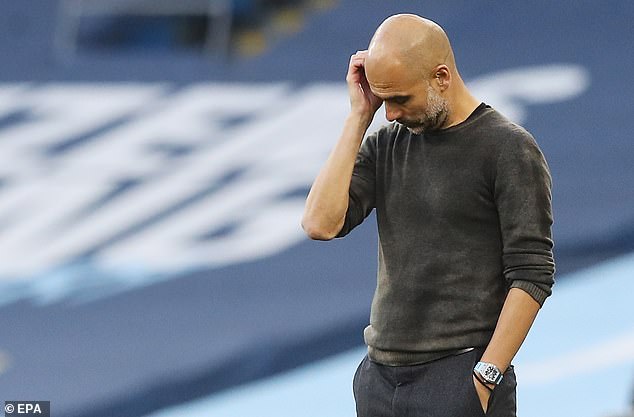 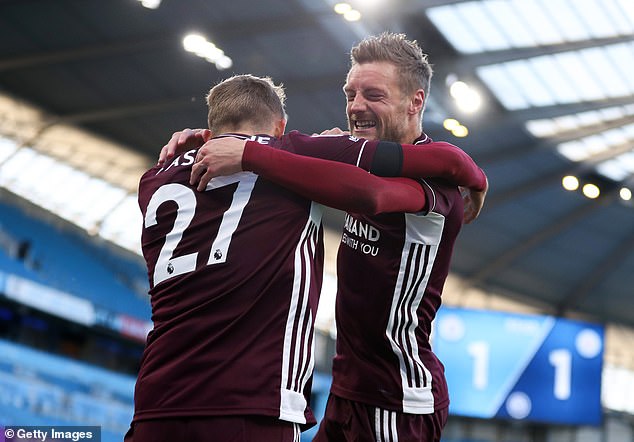 And Neville claimed old wounds from the previous campaign had reared their ugly heads again during the Foxes’ onslaught.

‘They were so good in the opening 25 minutes but as soon as Leicester broke on them a couple of times, you felt that, psychologically, it just damaged them,’ Neville told Sky Sports.

‘Some of the wounds from last season are reappearing. The bugs that cost them the title. Certainly, you can get at this Manchester City back four a lot quicker that you could previously. They don’t seem to react in transition higher up as they did. 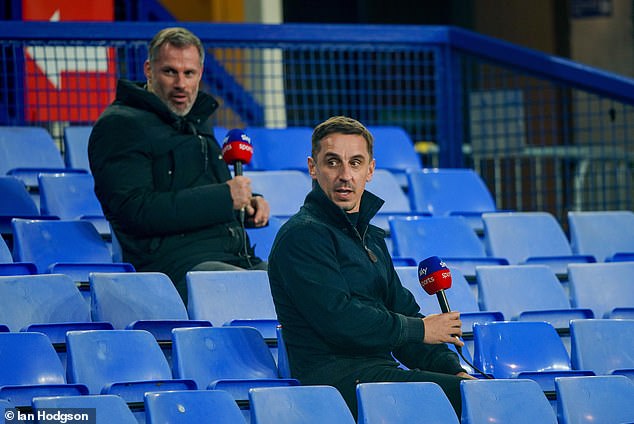 ‘He [Guardiola] has set the standard. Is it fair to say that as he stands on the touchline here today with no title last season, he has got the biggest job that he has probably ever had in football at this moment in time, to win the title again.

‘He could go two seasons without it because they do look well behind Liverpool compared to what we saw at Stamford Bridge last week.

‘We know the standard that Liverpool are setting. When you think of the business they have done in the last week. I know it is early but Liverpool will be watching this game and they will gain in confidence from this. You do.

‘It is not that they will be thinking they are going to win the league because City are not at it. There is a long way to go but when you see your main rivals losing like this, it just gives you encouragement. It makes you feel stronger.’ 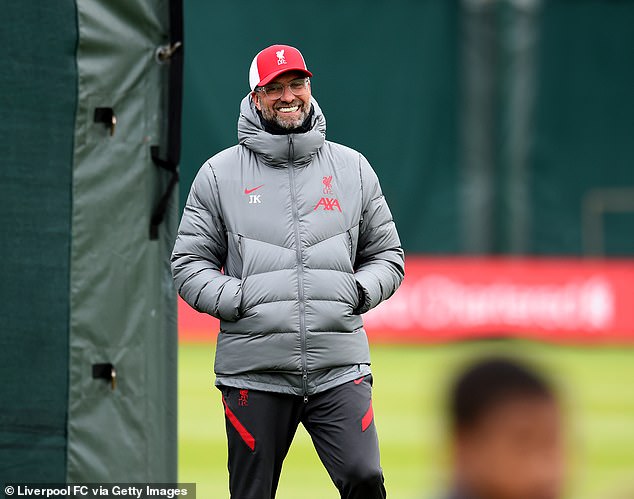 Graeme Souness also told Sky Sports he believes Jurgen Klopp’s side will run away with the title again this year after City’s shambolic defensive display.

‘I look at City now whether Ruben Dias comes in, it’ll have to be more than Dias to take City from 18 points behind Liverpool to getting in front of them. Liverpool are stronger today than they were 12 months ago. That’s a marker, when you look at what City have shown. 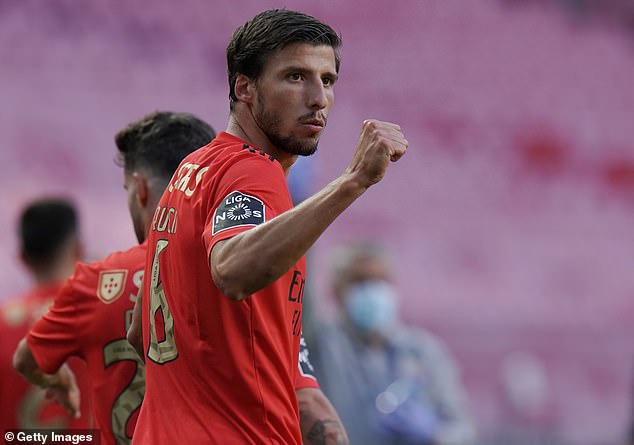 ‘After all the teams we’ve seen that can challenge, it’s Leicester after today but we’re three games in. Some players need five or six (games) to get up to speed. But right now, I think Liverpool could run away with it.’

Dias is expected to sign for City shortly after waving goodbye to Benfica on Saturday, with Guardiola investing heavily in his defence again having already signed Nathan Ake for £35million this summer.

Dias will cost in the region of £64m, with Nicolas Otamendi going the other way for around £14m.