No wonder Fulham owner Tony Khan was apologising on social media seconds after the final whistle.

This was Aston Villa’s second game of the season and they won’t have an easier one from the remaining 36. 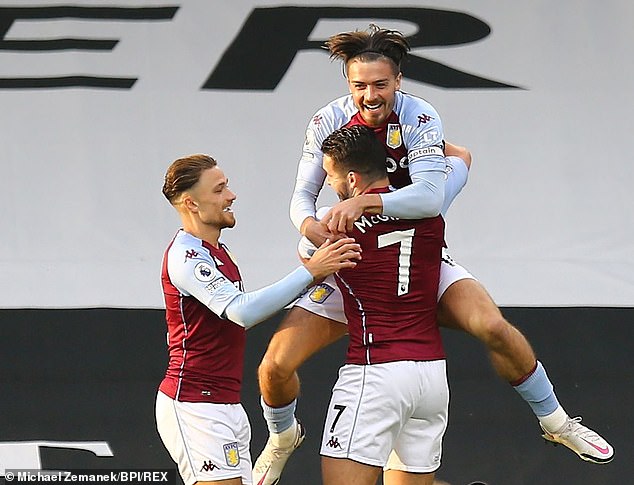 But as good as they were, Fulham were an accident waiting to happen. Three games, zero points with 10 goals conceded isn’t an easy read for any football manager – particularly one with the standards of Scott Parker.

Yet that’s the reality. Judging by this most comprehensive of defeats it’s difficult to see how it improves.

Parker said: ‘We weren’t good enough tonight, and we need to address that, we can’t give away goals like we did.’

This encounter was over after 15 minutes. Villa’s attacking invention was sharp and decisive; but Fulham’s defending – as it was during their previous Premier League season when they conceded 81 goals – was disastrous.

The opener arrived in the fourth minute. John McGinn’s pass was on point, Grealish’s run was timed to perfection while his finish past Alphonse Areola was crisp.

But it was all too easy for Villa; the disappointment etched on Parker’s face.

Eleven minutes later Fulham were two down. Again there was plenty to applaud about the slickness of Villa’s attacking play as Oliie Watkins, Grealish and McGinn combined to dissect Fulham before Hourihane smartly finished beyond Areola.

The defending, in contrast, was atrocious. In apologising on Twitter, Khan also promised reinforcements before next week’s transfer deadline whilst also revealing Fulham have missed out on four defensive targets – two of which contracted Covid. 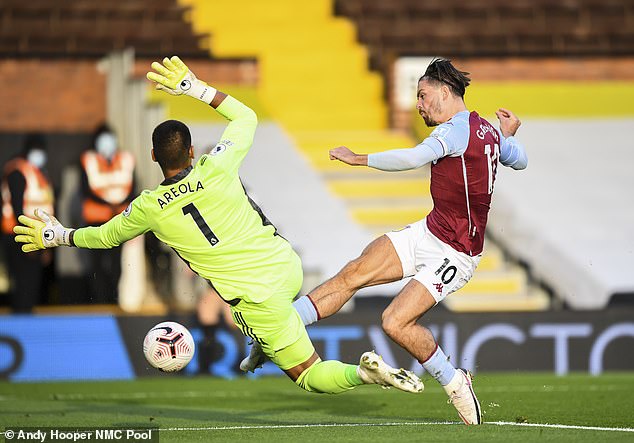 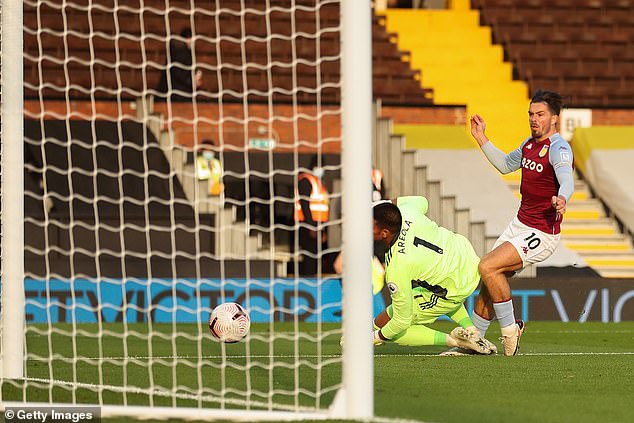 After this horror show, Parker will hope he is true to his word. Smith, as you can imagine, was ecstatic.

‘That was a pleasing all round performance, we got the balance just right,’ said the Villa boss, whose team recorded their first Premier League away win since New Year’s Day.

But by the same token, he knew his team were on easy street here. 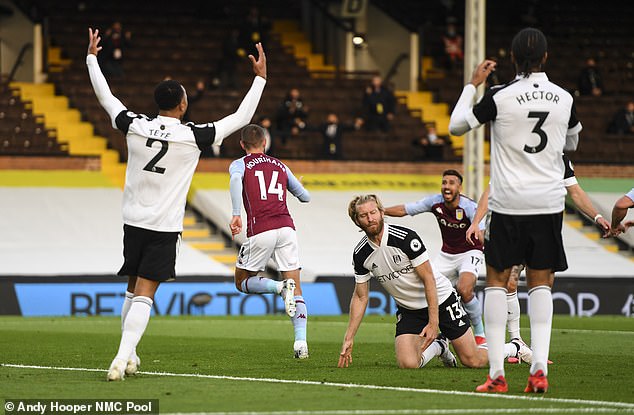 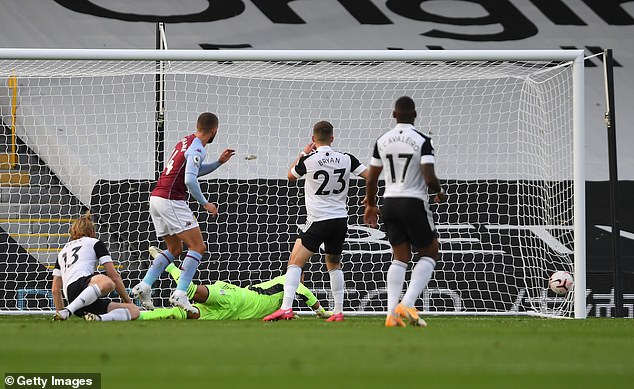 In layman’s terms: if Fulham continue defending in this vein, they will be relegated. Simple.

Parker will be well aware of that harsh reality if he doesn’t find a solution to their defensive deficiencies – and fast.

Indeed, they were lucky not to have conceded two more before the break; Watkins squandering two good chances. 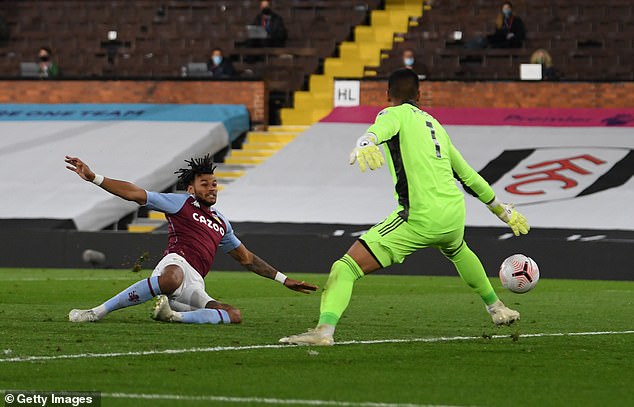 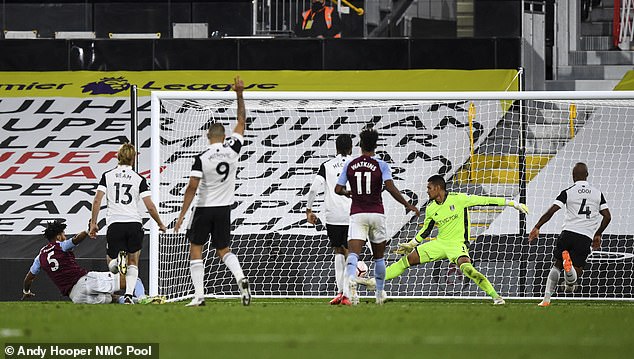 The only positive for Parker was that his team couldn’t be any worse in the second half.

But to honest, they weren’t much better. It took Villa less than four minutes to notch a third – Mings left unmarked to stab home Hourihane’s outswinging free kick after Denis Odoi cynically brought down Grealish – who is surely in with a strong shout to retain his place in the England squad on Thursday.

It was a simple goal, much like Fulham’s defending. McGinn was denied the goal his display deserved in the 52nd minute, Alphonse saving with his feet as Villa waltzed through again. 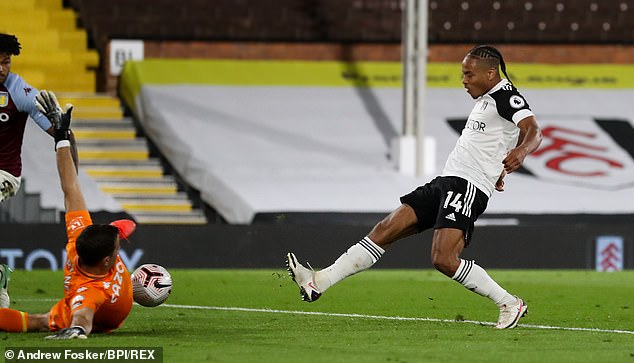 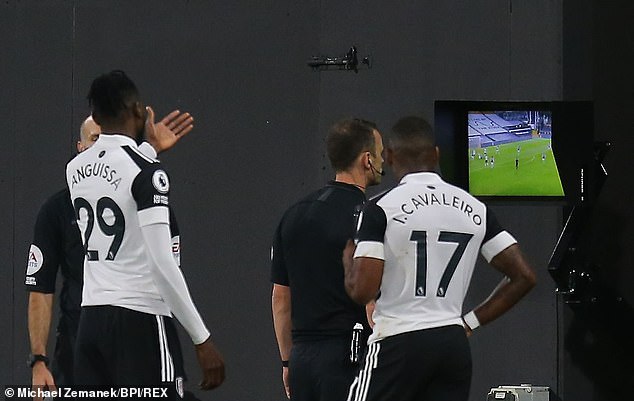 Parker could only stand and watch, his team were being dismantled by a team who last season scraped to survival on the final day.

Yet the gulf between the teams was abundantly clear here. That will provide Parker with sleepless nights.

Even when Fulham thought they’d pulled a goal back they were left disappointed, VAR ruling Mitrovic had committed a foul in the build up after Bobby Decordova-Reid had tapped home after Emiliano Martinez’s mistake. 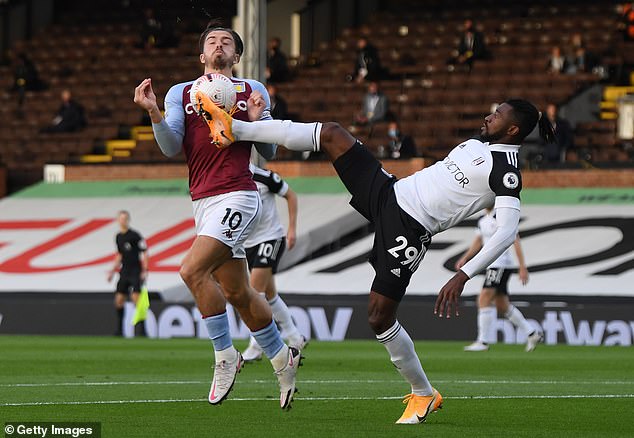 But at least Fulham were showing a semblance of fight. Mitrovic headed narrowly wide before Tom Cairney curled an effort.

Indeed, Parker pointed to his side’s improvement in the second half as a reason for positivity.

But it was all too little too late, of course. Thankfully for Fulham, it’s not too late to save themselves.

It soon will, however, with more performances like this. 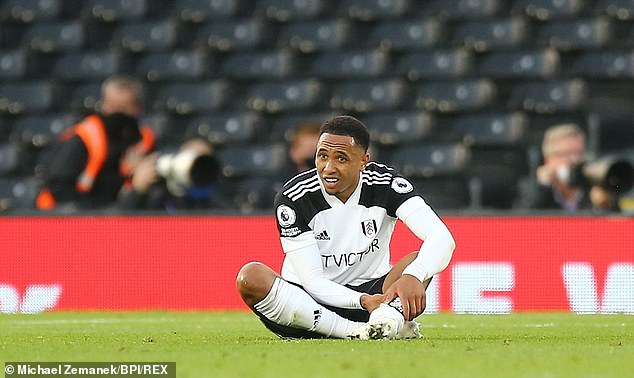 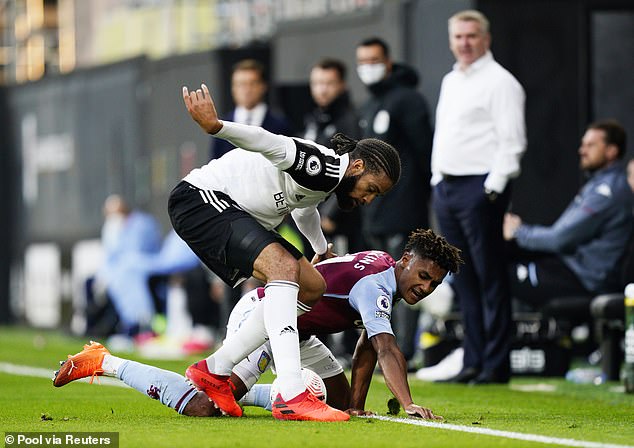 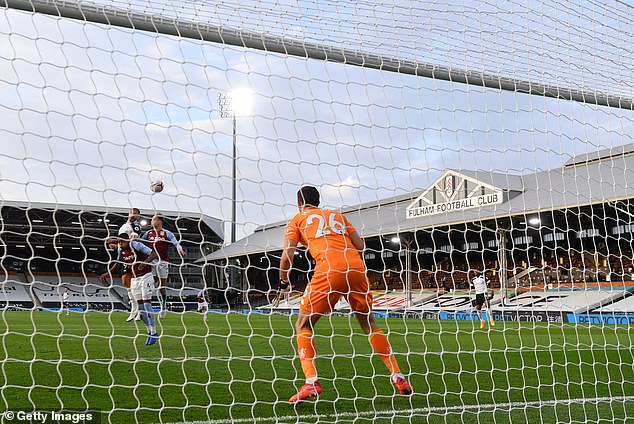 Fulham host Aston Villa at Craven Cottage in the first game on Monday evening in the Premier League.

Scott Parker’s side are yet to record their first points of the season, after defeats against Arsenal and Leeds in their opening two matches following their promotion from the Championship.

Aston Villa, meanwhile, have won their first three games of the new season in all competitions, including a 1-0 victory against Sheffield United at Villa Park in their league opener last week, courtesy of Ezri Konsa’s winner.

Sportsmail will provide live coverage of Fulham vs Aston Villa including score, lineups and build-up.