‘I’m not sitting here because I’m going to get frozen… I live in Florida, I’m used to hot weather!’: Former world No 1 Victoria Azarenka storms off the court on first day of the French Open as wet and windy weather causes havoc

The autumnal French Open got off to an inauspicious start when former world No 1 Victoria Azarenka stormed off the court after venting her frustration at being left to freeze on the sidelines.

Just 24 minutes into the tournament at Roland Garros, Azarenka and her opponent Danka Kovinic were forced to take shelter under umbrellas as a mist of rain, strong winds and cold temperatures disrupted their first-round match.

Azarenka, who began the game wearing a coat, demanded to see the supervisor after being left to ‘freeze’ as she awaited further instruction from the tournament officials. 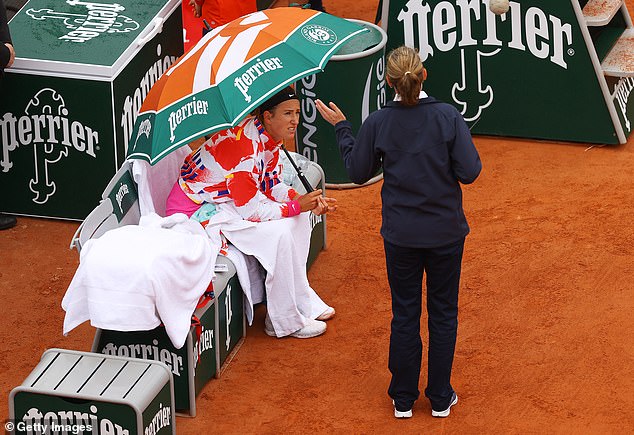 Former No.1 Victoria Azarenka vented her frustration at being left to freeze at the French Open 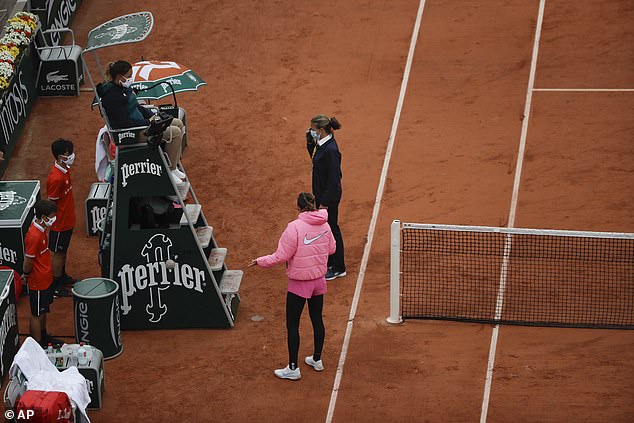 Just 24 minutes in, Azarenka and her opponent Danka Kovinic were sidelined due to conditions

‘You guys are joking right? You don’t see what is happening? What are we doing here?’, she said to tournament official Claire Wood.

Wood – who pis a former player herself – sympathised with Azarenka, saying she understood the severity of the conditions, but hoped to get the match back under way.

Azarenka was quick to respond, saying: ‘You do know but you guys are not playing so you have no idea about how the conditions are.

‘I’m down to play whatever, you know I am not complaining here but you know this is getting a little bit ridiculous.’

Wood, who was waiting for further instruction from the tournament referee, asked Azarenka to wait on court to see if the rain would pass. 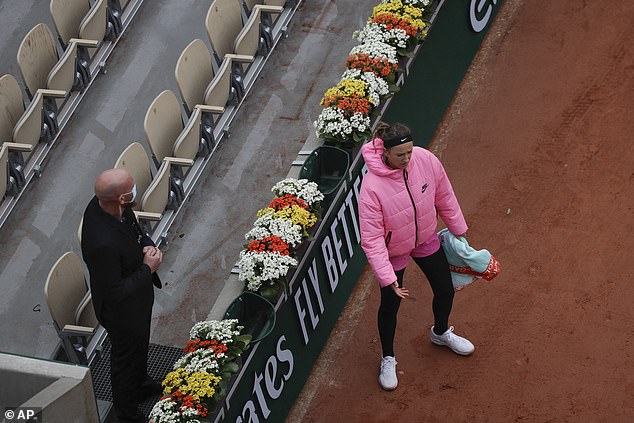 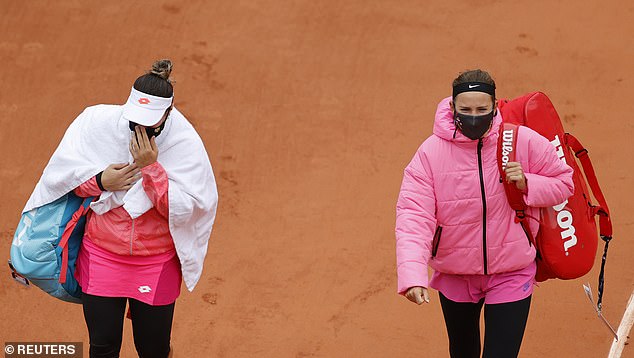 However, the two-time Australian Open champion had little patience and refused to sit in such conditions.

She said: ‘I’m not sitting here because I’m going to get frozen.

‘No, I’m not waiting here a couple of minutes because I’m cold. It’s eight degrees… I live in Florida, I’m used to hot weather.’

Continuing to highlight her frustrations, Azarenka asked Kovinic if she was happy to sit on the court as they await further instruction. Her opponent replied ‘no’.

As a result, both players walked off the court before they were technically allowed to do so.

The pair returned after a delay of around 45 minutes, while Elise Mertens and Margarita Gasparyan twice left Court Simonne Mathieu.

Having initially refused to start the match, Mertens and Gasparyan then called a halt to play again in the third game because of slippery conditions before agreeing to restart once more. 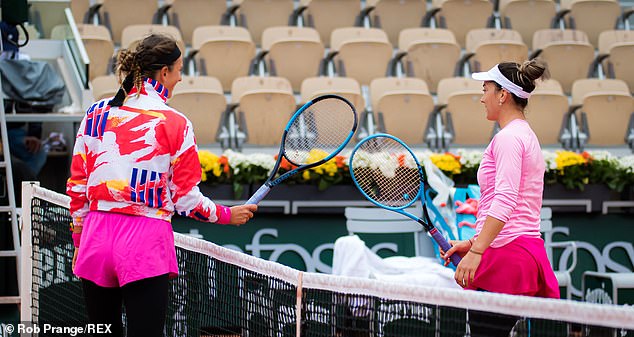 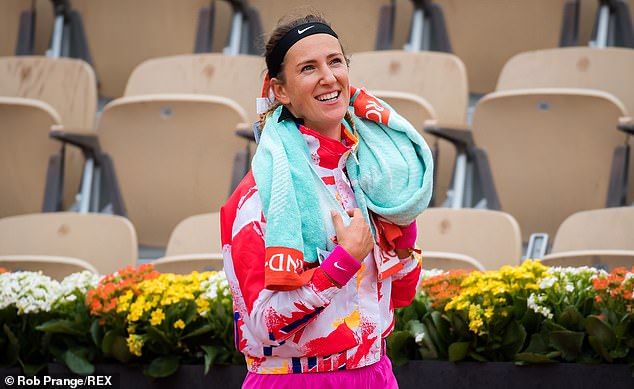 Azarenka was in no mood to hang around, losing just two more games in a 6-1, 6-2 victory over Kovinic.

Speaking on court, the US Open finalist said: ‘I’m glad that I’m able to finish and now I can watch everybody struggle with this weather. I’m happy for quite a strong start. It wasn’t easy but I felt I was pretty focused.’

The French Open was due to take place on May 24 but instead began on September 21 – shortly after the men’s final of the US Open – due to the coronavirus pandemic.

Bernard Giudicelli, the president of the Federation Francaise de Tennis, had initially hoped to have 20,000 spectators at the tournament. However, this fell to 11,500 and then 5,000 one week ago.

France have now banned gatherings of more than 1,000 this week, causing the competition to limited their attendance once again. 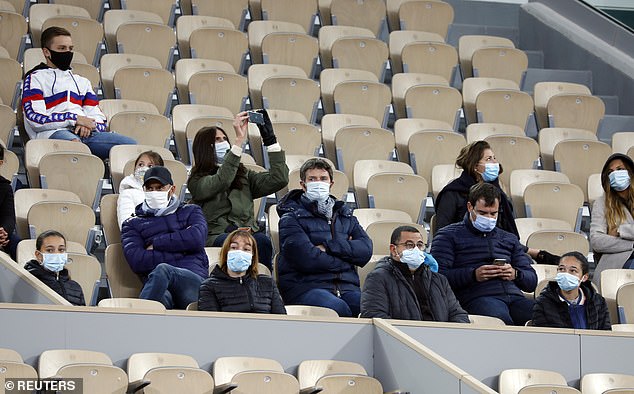