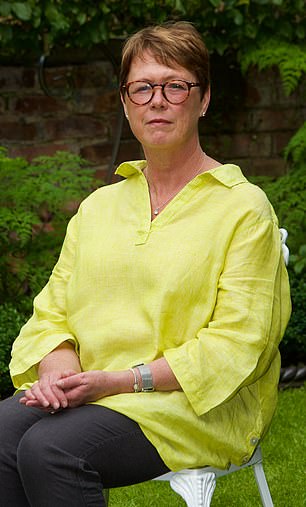 Last chance: Wendy’s family has started a fundraiser to pay for private treatment

There have been many moments of anguish for Wendy Peake since she was diagnosed with ocular melanoma, a type of eye cancer.

From the removal of her right eye, to the shocking news that — after nearly two years of remission — the cancer had returned, and spread to her liver.

But of all the distress suffered by Wendy and her family, the most shattering moment came in a call from a specialist nurse.

Fighting tears, the nurse explained that a potentially life-saving NHS drug trial Wendy had been due to be enrolled in had been cancelled due to Covid-19.

Doctors had said it was her only chance.

‘That was the moment when I just went into meltdown,’ says Wendy, 58, an educational and child psychologist from Bowdon in Cheshire.

‘When they saw my reaction they crumbled: this was my chance to live and it had gone — in a moment and without warning,’ says Wendy.

‘I had to comfort my girls. They were distraught so I had to hold it together for them. We’d pinned everything on this drug trial — but that hope had vanished.’

In the UK, almost 2,700 research projects and clinical trials developing treatments for cancer, diabetes and other diseases were halted by coronavirus because it was too risky for patients to attend hospitals or staff were diverted elsewhere.

For many patients, experimental treatments are the last resort. And during the pandemic, fewer than half (47.9 per cent) of those diagnosed with cancer managed to get treatment within the target time of two months.

Meanwhile in England alone family GPs made 250,000 fewer urgent cancer referrals between April and June than during the same period last year, according to the Institute for Public Policy Research.

And though the NHS, Government, charities and experts are now urging people who think they have cancer symptoms to get checked as soon as possible, those like Wendy, who were embarking on trials, have been left with nowhere to go after their ground-breaking treatments were cancelled indefinitely. 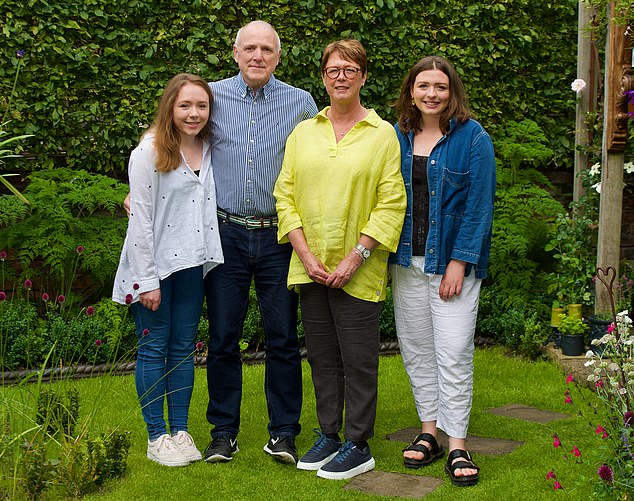 Her husband Alan, 65 and their daughters India, 26 and Bella, 23, were in the room. ‘When they saw my reaction they crumbled: this was my chance to live and it had gone — in a moment and without warning,’ says Wendy. ‘I had to comfort my girls. They were distraught so I had to hold it together for them. We’d pinned everything on this drug trial — but that hope had vanished’

What’s more, he says, the absence of trials will set back drugs becoming widely available.

Wendy was first diagnosed with cancer following a routine eye test in January 2017.

Her optometrist thought she could see signs of a detached retina — when the lining at the back of the eye pulls away from blood vessels that supply it. Wendy was referred to hospital for tests where — to her horror — she was told she had ocular melanoma, which affects between 500 and 600 people in the UK every year, and can remain symptomless for years.

In Wendy’s case, the 2 cm growth had developed inside her right eye — its significant size limited her scope for treatment.

She recalls: ‘It didn’t make any sense. I was fit and healthy and did not have any symptoms at all. Yet I knew, as soon as the consultant put his hand on my shoulder, the news was going to be awful.’

Ocular cancer develops in cells that produce the pigment melanin, responsible for the colouring of skin and eyes. Risk factors include light-coloured eyes and fair skin that sun burns easily.

The ‘gold standard’ treatment is proton therapy — powerful doses of radiation which target the tumour while sparing surrounding tissue. But because of the size of Wendy’s tumour, it was unlikely to be successful. The only option was to have her eye removed.

‘It sounded like something from a horror story,’ she says. ‘But it was a choice between my eye and my life and I wanted to live.’

During the two-hour operation in February 2017, Wendy’s eyeball was replaced with a prosthetic.

The main adaptation, she says, was learning to live with monocular vision — having one eye meant she struggled to perceive depth.

‘I went out with girlfriends and spilt red wine everywhere,’ she recalls. After radiotherapy to the socket, which took place five days a week for 20 days, Wendy’s life returned to normal and she went back to work.

Once her eye socket had healed, Wendy had an artificial eye — shaped like a large contact lens — fitted over her implanted eyeball.

‘That was a bit difficult — I struggled to look at the eye when the lens was out, but I had to look at it to clean it. My daughters were amazing, showing me videos of children doing so well adapting after ocular melanoma. It gave me the boost I needed.’

But then in November 2019, a follow-up scan revealed tumours on Wendy’s liver — the melanoma had spread. ‘It was a huge shock,’ says Wendy.

‘The inference from the doctors had been when that happens it’s the end of the road (because it had spread and was incurable). I had always prayed I’d be one of the lucky ones.’

Do I really need? Headphones to help you sleep

Claim: These silicone headphones mould to the head — the ear cups enclose the entire ear which cuts out all outside noise. 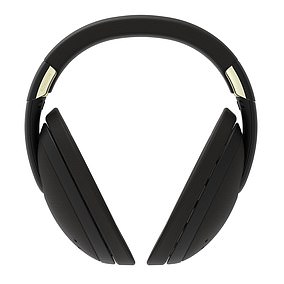 They come with an app that features a choice of relaxing music, repetitive sounds (such as the ocean), ‘white noise’ (an unobtrusive sound that masks others) and talking therapy — cognitive behavioural therapy (CBT) — to help you fall asleep.

They use technology including motion sensing and EEG brainwave sensors (to record brainwaves), to monitor and customise sounds sending the user to sleep.

Expert verdict: Dr Neil Stanley, an independent sleep expert and author of How To Sleep Well, says: ‘They seem incredibly over-engineered: they might be comfy, but who wants to wear headphones to bed?

‘Although the technology looks impressive, I can’t see how it actually works. It has electrodes in the ear cups which it says record your sleep. But in my experience the only way to do this properly is if electrodes record in the forehead area.

‘There is a lot of evidence that CBT can make sleeping easier, so this might help. But I think you’re better off saving your money.’

But then her specialist offered a glimmer of hope — a clinical trial of chemosaturation therapy, isolating the liver by injecting it with a powerful drug called melphalan. Wendy was told it had shown success in shrinking tumours in 60 per cent of cases.

‘When I listened to all this I felt like I’d got the golden ticket, that I’d been saved from the jaws of death. The family were elated. I thought it’s life and I’m going to grab it,’ she says.

A first session was planned for March 27 this year.

But a few days before, she received a call from an administrator to say her final scan in preparatory tests was cancelled.

Confused, the family called Wendy’s specialist nurse who confirmed that the trial was cancelled indefinitely.

‘After the initial shock, we just went into overdrive, writing to the local MP, the CEO of the health trust, even Matt Hancock. I thought, yes I could go to hospital and pick up Covid and it could kill me. But if I do nothing this tumour is going to kill me. Surely that was my choice to make?’

In light of the NHS decision to suspend services, Wendy’s oncologist — who was deeply upset by what had happened — explained that the only option was private treatment at £40,000 per session.

‘Based on my scans it was likely that I’d need three to four sessions — even up to six. We needed to find money — either through re-mortgaging the house or draining our pensions.’

Determined not to lose the family home, her daughters set up a fundraising appeal on social media to bridge the £160,000 gap between their resources and the cost of treatment.

Wendy is now investigating whether the withdrawal of her care was illegal — since so many hospitals were empty and doctors were still willing to treat patients when her trial was cancelled.

Mary Smith, an expert in medical law and patient safety at Novum Law, explains: ‘For patients to be removed from trials and asked to self-fund potentially life-saving treatment when hospitals are empty or running far below normal capacity, and so many doctors and other healthcare workers are able and willing to treat them, is unacceptable.’

She adds it’s not only a potential breach of contract, but also a likely breach of the European Convention on Human Rights.

In the meantime, Wendy is pinning her hopes on raising the money to buy her ‘chance to live’.

So far, £89,000 has been raised — enough to begin treatment. Her first session will start imminently.

She says: ‘The NHS has let me down. It will only be thanks to the generosity of so many others that I may have a fighting chance.’

If you would like to help, go to gofundme: https://gf.me/u/yjsa64