A drug designed for cats may protect people from the coronavirus, scientists have claimed.

The medicine GC376 was made to treat cats for an illness called feline infectious peritonitis, which starts in the gut and can travel to the brain and be fatal.

Feline infectious peritonitis is caused by another type of coronavirus but scientists’ lab experiments showed it could destroy the bug that causes Covid-19.

This hasn’t been trialled in humans yet but the researchers said the fact that it works as an antiviral against coronaviruses is enough proof to push it into clinical trials – and called for them to begin immediately.

There is currently no medication that can cure or protect people against Covid-19, and doctors can only use their best judgement about drugs that appear to work. Only one drug, dexamethasone, has been proven to cut the risk of death in critically-ill patients.

Survival rates have improved since the beginning of the pandemic as medics come to understand more about the disease, but a drug that could stop the coronavirus in its tracks would be a Holy Grail for doctors worldwide and save thousands of lives.

The study adds to growing evidence that the feline medicine could be used against coronavirus, with one manufacturer – Anivive – having already applied to the Food & Drug Administration in the US to test it as a Covid-19 treatment in humans. 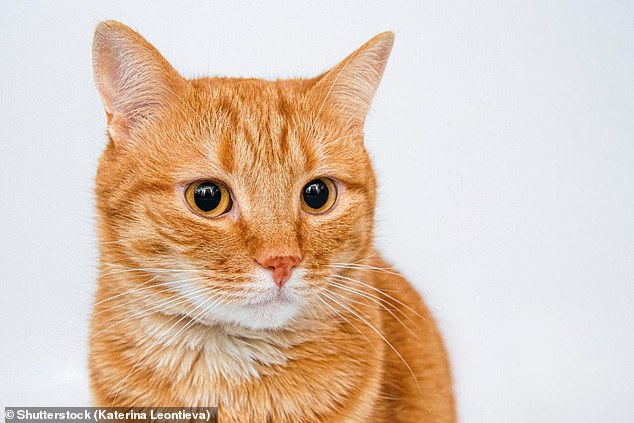 The researchers, from the University of Alberta in Canada, realised that the cat drug worked by blocking an enzyme produced by a bug called feline enteric coronavirus (FCoV).

In doing so, it prevents the virus from reproducing and can stop the feline infectious peritonitis it is prescribed for.

The disease affects cats’ intestines and can then trigger multiple organ failure and be fatal.

Although the virus that causes it, FCoV, is common, only between five and 10 per cent of cats with it ever develop the illness.

FCoV is a coronavirus which means it has a similar structure to the one that has caused the pandemic, called SARS-CoV-2.

Finding the same enzyme on the coronavirus, the Alberta researchers tested the cat drug on it in a lab and found it worked in the same way.

By crippling the enzyme – a protease called Mpro – GC376 stopped the virus from reproducing, meaning it should be unable to cause infection and unable to survive.

An earlier version of the drug called GC373 also had the same effect, they found.

‘They are strong drug candidates for the treatment of human coronavirus infections because they have already been successful in animals.

‘The work here lays the framework for their use in human trials for the treatment of Covid-19.’

Another promising sign the researchers found was that the drugs did not appear to be toxic to the cells they tested them on. It was not clear what type of cells these were.

This type of medication – called a protease inhibitor – is often not suitable for human use because it can cause ‘severe side effects,’ the study said.

And the team added: ‘Clearly, these drugs need to be advanced quickly into human trials for Covid-19.’

The research was published in the scientific journal Nature Communications.

Dr Lemieux and her colleagues are not the first people to have tested GC376 against the Covid-19 virus, and other scientists have found the same promising results.

One early study, published online on April 20, called the drug a ‘promising starting point for the further development of SARS-CoV-2 therapeutics’.

And one veterinary medicine company, Anivive Lifesciences, has already applied to the Food & Drug Administration in the US for permission to test it on humans.

CEO of the company Dylan Balsz said in May the company was ‘advancing toward a clinical trial’, BusinessWire reported.

‘Research over the past few months and our experience with GC376 support the exploration of the drug as an adjunct therapy to standard of care for Covid-19 patients,’ he added.

Cats can catch Covid-19, officials have confirmed, but it seems far less deadly and there is no widely available testing for animals.

In the UK a cat was the first animal known to have caught the virus from its owner – no details about its location were released when the case was announced in July.

Downing Street said the animal suffered from nasal discharge and some shortness of breath, a symptom that also strikes humans.

Both the cat and its owners made a full recovery and there was no transmission of the virus to other animals or people in the household, health bosses said at the time.

Cats CAN get Covid-19: So how does it affect them?

How do cats catch coronavirus?

Cats become infected in the same way as humans do, by inhaling infected droplets after an infected person coughs or sneezes.

There have been a handful of cases around the world and almost all appear to have caught it off their owners. Luckily, animals are far less susceptible to infection.

The biggest cat to fall victim is Nadia, a four-year-old Malayan tiger at New York’s Bronx Zoo. She made a full recovery.

Could dogs and other animals get it too?

Yes, there have been cases in dogs and other pets around the world. Some animals, such as minks, are particularly susceptible.

There is no evidence that animals transmit it to humans, with research suggesting they do not ‘shed’ enough virus to be infectious.

However, Government scientists have warned that if an infected person  coughed on their dog, the virus could survive on its fur and be passed to another person when they stroke it.

What about animals spreading it to each other?

There is evidence that cats can spread coronavirus to other cats.

In May, researchers at the University of Wisconsin conducted an experiment when they infected three cats with the virus, then put three Covid-free felines in with them.

The three newcomers went on to test positive after catching it from the infected animals.

How bad are the symptoms of the virus in cats?

Covid-19 seems to be far less deadly in animals than in humans. The British cat who tested positive showed mild clinical symptoms, but made a full recovery.

Many other felines which have tested positive displayed no symptoms at all.

I have tested positive – how can I protect my pet?

Should I put a mask on my cat or dog?

No! Dr Jenny Stavisky, of the University of Nottingham School of Veterinary Medicine, explains: ‘They are likely to find it scary. It may, however, be a good idea to try to acclimatise your pet gently to seeing people wearing masks so they don’t get frightened.’