Children who tested positive had to delay arriving, campers quarantined for two weeks and they were frequently tested and screened, the Centers for Disease Control and Prevention (CDC) revealed on Wednesday.

Among more than 1,000 campers and staff, just seven tested positive – four of which occurred before camp started.

Officials say the findings have important implications how to mitigate outbreaks from occurring in similar settings such as schools, as they grapple with how to safely reopen.

The report is very different from one published month about a Georgia overnight summer camp that led to 260 coronavirus infections, but which was found to have not followed recommended safety measures. 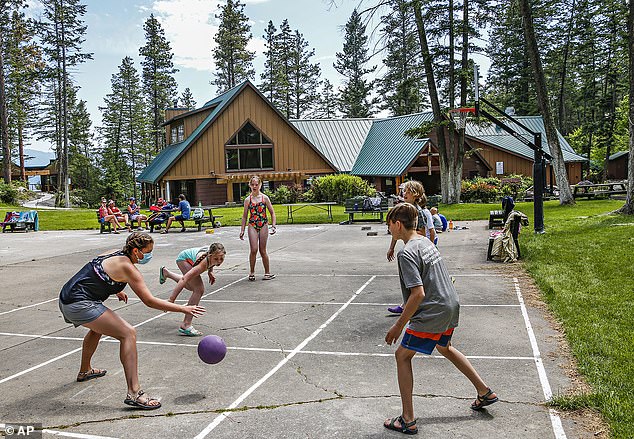 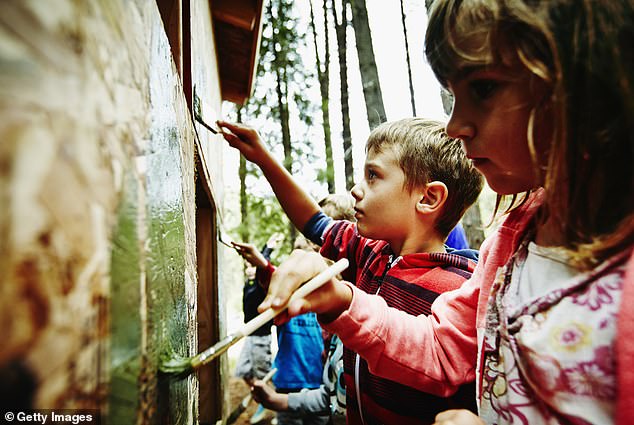 All campers were required to quarantine before arrival and four campers that tested positive before camp started had to delay their arrival by 10 days. They were also tested after arriving (file image) 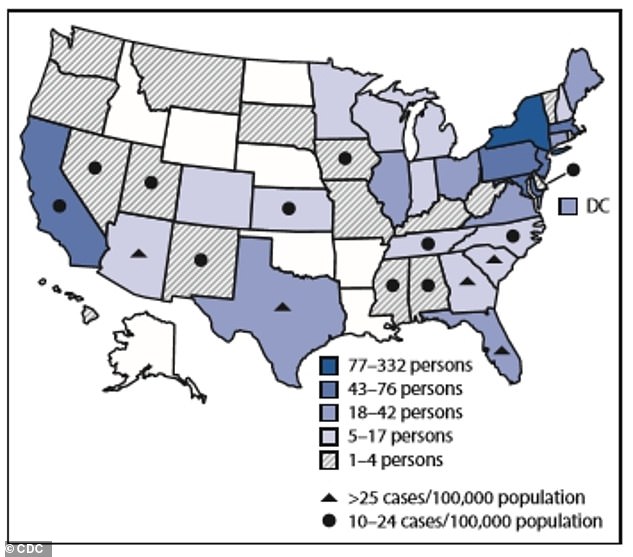 Three received positive results and were isolated along with any close contacts. After that, no other infections were reported for the remaining six to eight weeks. Pictured: The 41 states from which campers came from

This summer, approximately 82 percent of the nearly 9,000 overnight camps in the US did not operate due to the virus.

In Maine, about 20 percent of the state’s overnight camps opened between June and August amid the pandemic.

According to the CDC, these camps used several non-pharmaceutical interventions to prevent and mitigate the spread.

This included quarantining pre-arrival, being tested and screened for symptoms before and after arriving, mandatory face coverings, social distancing, cleaning and disinfecting, promoting hand-washing and keeping as many camp activities outdoors.

The camp asked that anyone who would be attending quarantine with their family 10 to 14 days before arrival and be tested.

Among 642 campers and 380 staff members, 1,010 out of 1,022 were tested. Four received positive results and had to isolate at home for 10 days before arriving at camp.

The remaining 12 had already undergone a period of isolation after being infected with coronavirus in the past.

Three of four camps required test results to be submitted before arrival. In fact, one camp, after not receiving test results, required 15 campers to isolate until their results arrived.

Between five and six days after arriving at camp – during a two-week quarantine – all 1,006 attendees were tested for COVID-19.

Three people tested positive and were required to isolate, and anyone they had been in contact with was required to quarantine.

The CDC says no additional infections occurred at any of the camps for the remaining six to eight weeks.

Campers were given instructions on how to cough and sneeze to prevent droplets from spraying into the air and on proper hand-washing techniques. 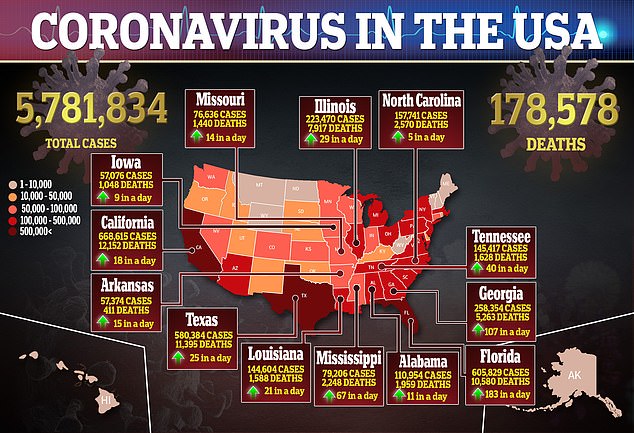 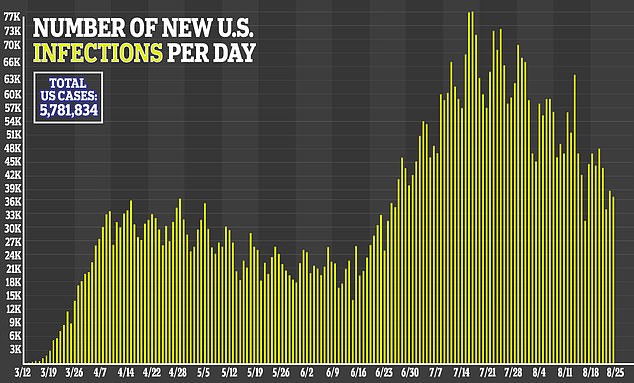 The youngsters were also required to use hand sanitizer with a minimum of 60 percent ethanol before and after all activities and meals.

Health staff members screened everyone at least daily – and twice a day at one camp – with temperature checks and asking about symptoms.

During these daily symptom checks, one staff member and 11 campers across the camps had signs of coronavirus and were immediately isolated and tested.

Any close contacts were also quarantined until test results were available. All 12 tested negative.

According to the report, high-touch areas such as door handles and railings were cleaned as much as possible and personal sports equipment was disinfected immediately after use.

The CDC says there is no single measure the can prevent the spread of COVID-19, but a multi-layered approach is most effective.

‘These findings demonstrate that multilayered public health prevention and mitigation strategies in an overnight camp setting can identify and prevent SARS-CoV-2 transmission,’ the authors wrote.

‘Understanding successful interventions…has important implications for similar congregate settings such as day camps and schools with the same age range.’ 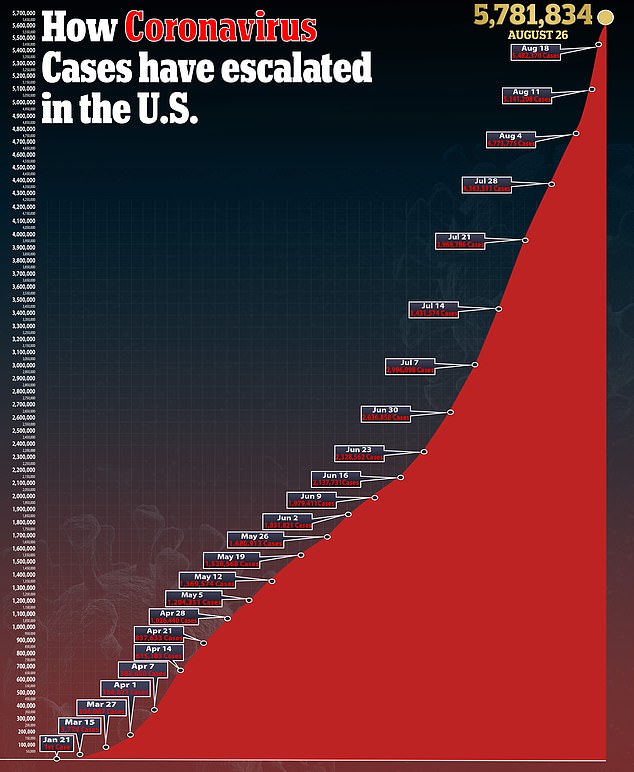