Most Americans believe the speedy approval process for a coronavirus vaccine is being driven by politics rather than science, a new survey finds.

Conducted by STAT and the Harris Poll, it found that roughly the same number of Republicans and Democrats feared an inoculation was being rushed into production due to pressure from the White House.

Additionally, more than two-thirds of US adults are confident the US Food and Drug Administration (FDA) would approve a COVID-19 vaccine if it is found to be safe and effective.

President Donald Trump has insisted a jab will hit the market before the presidential election on November 3 but many health experts say it is not possible before at least winter 2021. 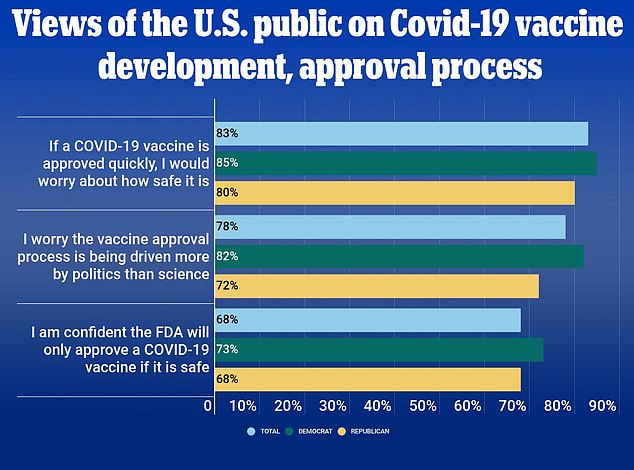 A new poll found 78% of respondents fear the process for a COVID-19 vaccine approval more influenced by politics than science, including 72% of Republicans and 82% of Democrats 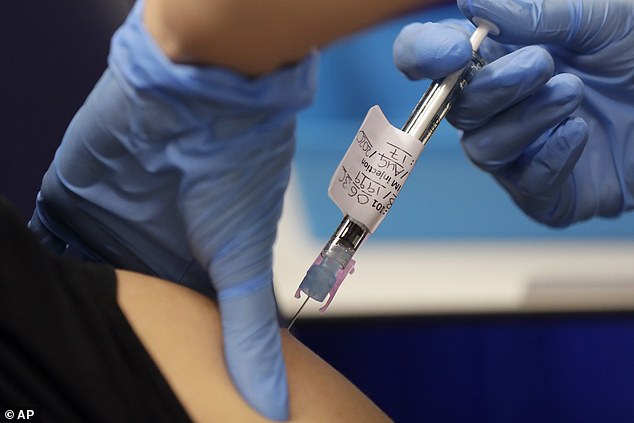 About 83% of respondents said they would worry about a safe a coronavirus vaccine is if it was approved quickly. Pictured: A volunteer is injected with a trial vaccine as part of an Imperial College vaccine trial, at a clinic in London, August 5 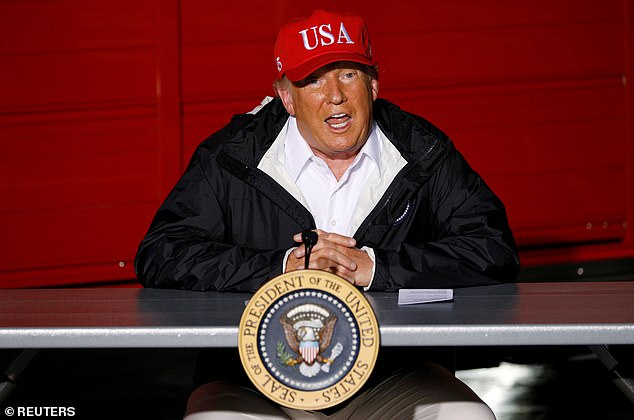 The poll also found that 71% percent of Republicans and 28% of Democrats trust Trump to provide accurate of information on a coronavirus vaccine. Pictured: Trump speaks during a briefing at Lake Charles Fire House  in Lake Charles, Louisiana, August 29

The poll was conducted between August 25 and August 27, 2020 during which more than 2,000 US adults were surveyed.

Both Republicans and Democrats were asked questions about how safe they believe a COVID-19 vaccine would be.

Overall, 83 percent said they would be worried about how safe  a COVID-19 vaccine is if it was approved quickly.

About 85 percent of Democrats and 80 percent of Republicans agreed with the sentiment.

When asked whether they agree the statement ‘I worry the vaccine approval process is being driven more by politics than science’ – 78 percent said yes.

The response was again bipartisan with about 72 percent of Republicans and 82 percent of Democrats expressing these fears.

Concern has mounted over the last several months that FDA decisions may be politicized.

Earlier this month, President Trump accused the FDA of attempting to delay approval for coronavirus vaccines and treatments until after the presidential election.

‘The deep state, or whoever, over at the FDA is making it very difficult for drug companies to get people in order to test the vaccines and therapeutics,’ he tweeted on August 22 from the White House.

‘Obviously, they are hoping to delay the answer until after November 3rd. Must focus on speed, and saving lives!’ the president continued.

At the Republican National Convention, he vowed that his administration ‘will produce a vaccine before the end of the year, or maybe even sooner.’

But many health experts say they are unsure of how quickly the FDA can review safety and efficacy data to approve an inoculation. 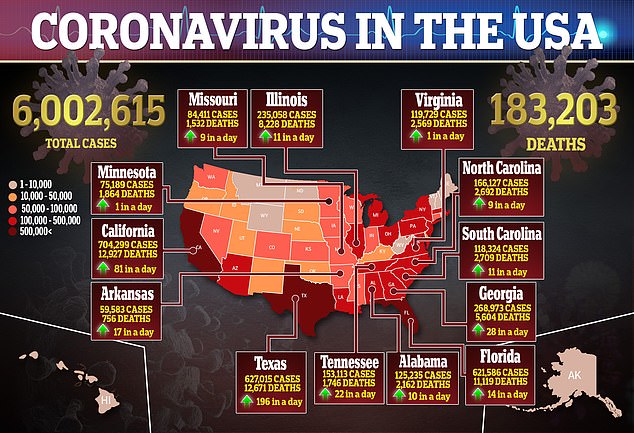 The pill showed partisan divide on a question about whether or not participants trust Trump or the White House to  provide accurate information about a vaccine.

Forty-six percent said they believe in him, along with 71 percent of Republicans and 28 percent of Democrats.

Regardless of concerns, 67 percent said they would get a vaccine as soon as one is available and 68 percent are confident the FDA will only approve a COVID-19 vaccine if it is safe. 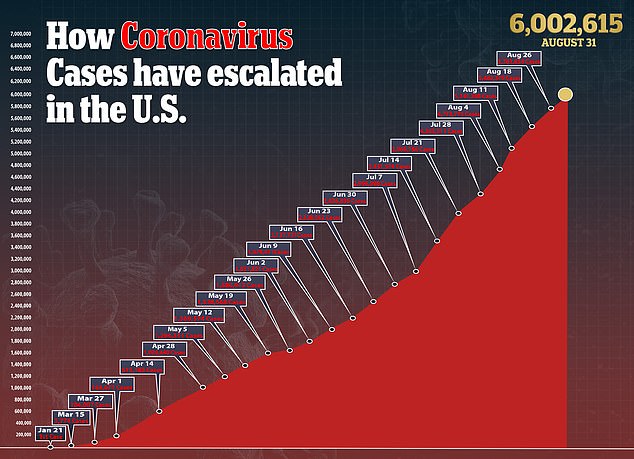